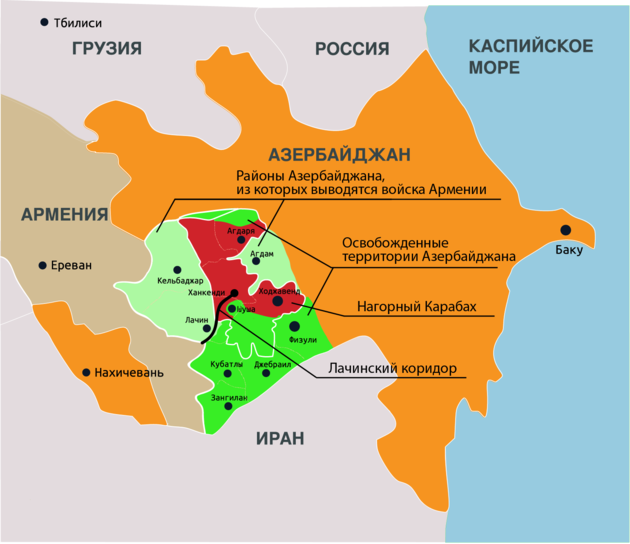 "Those who wanted to desert were blocked by us in Karabakh, so as not to be able to return to Armenia and not create panic," Hakobyan said.

Following over a month of military action to liberate its territories from Armenian occupation, Azerbaijan has pushed Armenia to sign the surrender document. A joint statement on the matter was made by the Azerbaijani president, Armenia's PM, and the president of Russia.

He also said that one of the tasks of Information Center of Armed Forces is to confuse the enemy by spreading misinformation. "There is a criteria though that the lie must not exceed the 30% of the truth. In our case it exceeded 100%, the 100% lie is not perceived by anyone," Hakobyan stressed.