AI vs man: US claims to develop new secret weapon 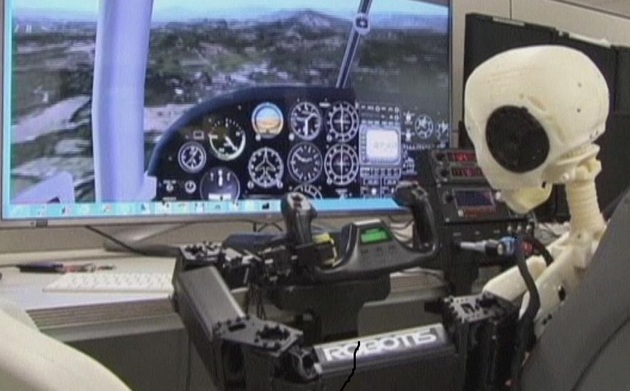 Artificial intelligence-enabled fighter jets at times win dogfights in simulations against manned fighter jets balanced against the uniqueness of human cognition. Is one ultimately superior to another? There is much still unknown or considered mysterious about the human brain. It is a complex, varied organism capable of mathematical functions as well as many more subjective tasks such as inspiration, feeling, emotion or intention. These things are much less calculable by mathematically engineered computer algorithms and “1s and 0s.”

However, artificial intelligence (AI) is progressing very quickly and even, in the minds of some expert developers, growing in its ability to measure or catalog and analyze more subjective variables. The pace of change seems incredible. Still, will an inorganic computer ever be able to truly assess less calculable phenomena such as “intention, intuition, more abstract philosophical concepts and the impact of emotion upon human behavior?” The answer may be no, at least for the near term future.

Despite the ongoing discussion and the growing performance of AI-generated systems in simulations, augmented reality and mock dogfights, there is a case to be made that the argument is temporarily solved. There is an emerging consensus that “punts” on the question of which one is ultimately superior and simply notes that both are needed together. That may be the optimal solution over the long term. That being said, there is no question that computers, especially AI-empowered analytical systems, are exponentially faster, better, and more efficient than humans, as they can perform millions of organizational, analytical, and comparative functions in milliseconds, both saving time and massively increasing efficiency. This is why weapons developers from all services emphasize the use of man-machine teaming to ease the cognitive burden upon human decisionmakers, save time and enable humans to focus upon the key decisions they are uniquely positioned to make.

Similarly, Army Futures Command Commander Gen. John Murray is also clear that, despite the promise of autonomy and AI-generated information processing and sharing, manned-unmanned teaming and even some unmanned-unmanned teaming will require human operators overseeing, directing, or participating in the process with crucial command and control decisionmaking authority. It is not an accident that emerging combat vehicles such as the Army’s “Optionally Manned Fighting Vehicle” is, as Coffman explained, intended to be manned or unmanned as required by mission demands.  The same may be true of the Air Force’s sixth-generation stealth fighter and other fighter jets and air force platforms. The same certainly is true when it comes to the fast-expanding fleet of Navy Unmanned Surface Vessels of all sizes, many of which could accommodate sailors, or not, as needed.

This is one reason why, despite the alarming pace at which autonomy and AI-enabled real-time analytics and data organization is progressing, Army futurists are increasingly committed to soldier experimentation with emerging systems. This not only ensures what works and what doesn’t in combat circumstances but enables humans to offer perspectives and insights only possible through human cognition.  The Army calls them “soldier touch points,” instances where new autonomous systems, weapons, and AI-enabled technologies are placed in tactical scenarios alongside humans to optimize war performance. This means, for example, a forward unmanned reconnaissance vehicle or ammo-carrying robot will quickly perform a wide range of crucial functions in forward combat, yet still, take direction from humans as needed.