After Nagorno-Karabakh ceasefire, Turkey to step up next for a lasting peace 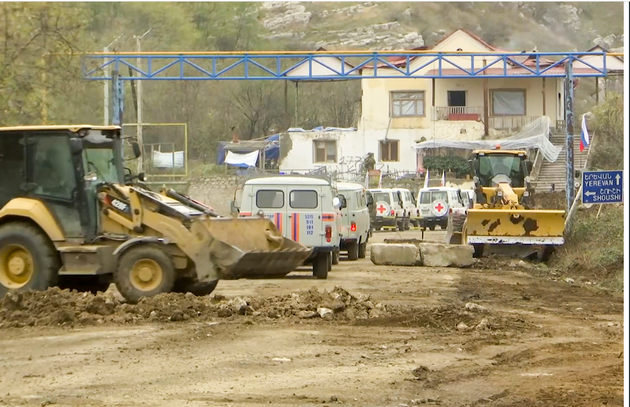 While the world was fixated on the outcome of the U.S. elections and the ongoing drama of whether U.S. President Donald Trump would concede to President-elect Joe Biden, Russia appears to have achieved the near-impossible by arranging for a ceasefire between Azerbaijan and Armenia. Kemal Kirişci and Behlül Özkan discuss the issue in thier article After Russia’s Nagorno-Karabakh Ceasefire, Could Turkey Step Up Next for a Lasting Peace? for Just Security.

Previous ceasefires did not hold, but this one, backed by Russian peacekeepers, appears to stand a chance. Achieving long-term peace between Azerbaijan and Armenia is a tall order. However, the Nov. 9 deal may offer the kind of opportunity the region has not seen since the collapse of the Soviet Union and the conclusion of the initial war over Karabakh in 1994. The stars may be just adequately aligned for such an outcome, though this would require an acceptance that Russia is the dominant player. Nevertheless, a sustainable peace might help make that uncomfortable reality more palatable. The stability and prosperity that would result from a settlement could help build the kind of mutual trust between the two nations to help them finally bury the hatchet and move on. To achieve this, both sides would have to abandon their maximalist demands driven by nationalism and opt for pragmatism. As unlikely as it may sound, Turkey could actually help.

The current round of hostilities erupted late in September when the Azerbaijan military went on the offensive with the stated objective of recapturing territories lost to Armenia in 1994, when a ceasefire ended two years of hostilities. At the time, Armenia occupied more than 4,200 square miles of Azerbaijan territory. The remaining two thirds of the territory is comprised of seven Azerbaijani regions around Karabakh, from which approximately half a million Azerbaijanis were displaced. Currently, Azerbaijan has one of the highest per capita concentrations of internally displaced people in the world, according to the United Nations Refugee Agency. After the war, the Minsk group of countries led by France, Russia, and the United States was established to lead efforts to reach a peaceful solution to the conflict.

Against this backdrop, several additional factors motivated Azerbaijan to launch its offensive. Most important is the investment made in boosting the capabilities of the Azeri military, particularly with technologically advanced weapons. The Kremlin had made its displeasure known with the increasingly pro-Western leanings of the government of Armenian Prime Minister Nikol Pashinyan that came to power after pro-democracy protests in Yerevan in 2018. Russia’s tacit acceptance of Azerbaijan’s offensive became especially visible when President Vladimir Putin, in the middle of the Azeri military advances, announced that the CSTO would not apply unless Armenia proper were to be threatened.

After several failed attempts at a ceasefire brokered by various members of the Minsk Group, Russia negotiated this deal on the heels of the Azeri military liberating four of the seven regions under Armenian occupation and then pushing on into Karabakh and capturing the historically Azeri town of Shusha, 10 miles from Stepanakert.

Indeed, the deal brokered by Russia has been called a “stunted” one. For sure it has serious weaknesses, and it remains far from clear whether Russia has a genuine interest in a real peace between the two countries. The future role of the Minsk Group is unclear as well. Despite these uncertainties, the gloomy picture on the ground, and the deep historical enmities, the ceasefire agreement signed by the conflicting parties is a ray of hope. But for a more promising future to be realized, several conditions would need to be satisfied first.

Armenian leaders should revive the legacy of Levon Ter-Petrosian, the country’s first president after independence following the collapse of the Soviet Union. He advocated pragmatism and recognized the need to compromise to achieve peace. He was also deeply conscious of the importance of Armenia having good relations with Turkey. To achieve this, he was even willing to see the return of occupied territories. He warned the public in 1997, “The international community will not for long tolerate the situation created around Karabakh because that is threatening regional cooperation and security as well as [the] West’s oil interests … Karabakh has won the battle, not the war.” Ter-Petrosian faced massive resistance from hardliners and was even accused of treason.

Turkey could help manage this resistance and contribute to the creation of a climate that is more conducive to reconciliation. One possible immediate step would be to revive the ill-fated diplomatic accords that were negotiated with Armenia in 2009, especially with regard to the opening of the land border with Armenia. Since Azerbaijan has recovered a good part of its territories and assuming that Armenia does indeed withdraw from the remaining areas in keeping with the terms of the ceasefire, one of the major impediments to the implementation of the protocols will have been removed.

Numerous studies have shown how impactful the opening of the border would be in helping to improve the economic situation in Armenia and its access to the external world. It would also benefit Turkish provinces bordering Armenia where locals have long desired closer relations to boost their local economies.

It was Turkish President Recep Tayyip Erdoğan who as prime minister oversaw the negotiation of the 2009 diplomatic protocols. The protocols also broached the very difficult issue of how to address the events leading to deaths and deportations of Armenians under the Ottoman Empire during World War I. Erdoğan also was the leader who took an important step towards reconciliation on that issue in 2014, when he announced in an official statement, published also in Armenian, the Turkish nation’s condolences to the families of Armenians killed during the First World War. Erdoğan also has a pragmatic streak and recognizes the need to adjust his politics in order to address Turkey’s economic woes and international isolation.

Ter-Petrosian had recognized the challenge. He once noted that adopting “a tough position vis-a-vis Turkey and confront[ing] it with the issues of the recognition of the Genocide… would not bring any advantages to the solution of the Karabakh problem.” How would the thousands of people protesting Prime Minister Pashinyan’s acceptance of the Russian deal be persuaded to give the Turkish initiative a chance? Where would the Armenian diaspora that traditionally has supported maximalist demands come down on responding to such an initiative favorably? Similarly, how would leading Western powers such as the United States and France, as members of the Minsk Group, react?

No matter the answers to these questions, Turkey should seize this opportunity to take a bold diplomatic step in the direction of opening the border.