Another UNESCO controversy: protection of cultural heritage in Nagorno-Karabakh 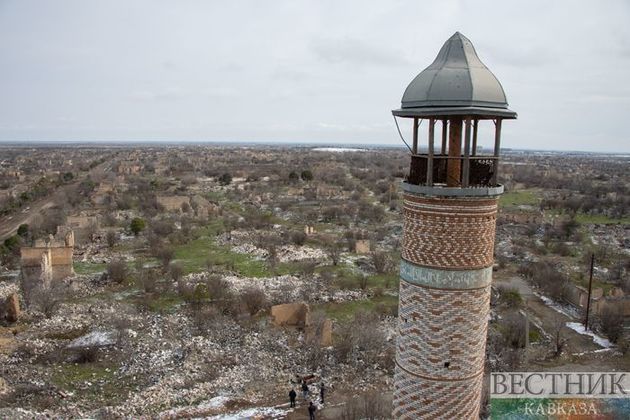 UNESCO has been an important tool to build peace through education, science and culture, especially through its world heritage listings of cultural and natural sites. But in recent years, it has been in the news for controversies, which resulted in the withdrawal of the US and Israel from the cultural body of the UN, Ceyhun Osmanli, a former MP and analyst on international relations and political economy, writes for EU Today.

The US called for “fundamental reform” of UNESCO, while Israel accused the organisation of distorting history. One of such controversies is now taking stage in the South Caucasus, where UNESCO became the scene of diplomatic flare-ups after the recent ceasefire in Nagorno-Karabakh. Although being internationally recognised as part of Azerbaijan, Nagorno-Karabakh and its seven adjoining provinces was occupied by Armenia for 30 years. Following heavy fighting that erupted in late September last year, the trilateral ceasefire signed among Azerbaijan, Armenia and Russia on 10 November 2020 put a significant part of Nagorno-Karabakh back under Azerbaijan’s control. However, it was hard for Azerbaijanis to recognise the cities and districts when they managed to liberate them from Armenian occupation a few months ago.

Mosques, holy sites and other historical monuments had either been turned into pigsties and cattle shelters in most of these cities or were completely destroyed by Armenians. Even ancient Christian churches, such as Gtich church, which belongs to the ancient Christian state of Caucasian Albania were found vandalised and smeared with graffiti. 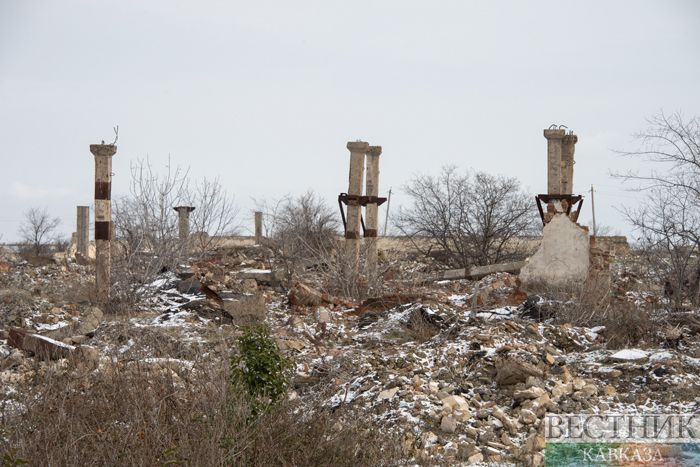 Following the Nagorno-Karabakh war in the 1990s, the Azerbaijani side had claimed that the Azerbaijani heritage, such as mosques, monuments, museums, art galleries, libraries, musical schools and theatres were neglected and even destroyed under Armenian occupation. This was especially the case in the town of Aghdam, which laid in ruins. During a visit in 2014, the British writer George Mitchell referred to Aghdam as “a ghost town” and the “Hiroshima of the Caucasus” after being witness to the cultural destruction in the region during a visit in 2014. Nevertheless, Azerbaijan’s repeated calls for an international fact-finding mission for the preservation of cultural heritage in the occupied territories were ignored by the international community for 30 years and no UNESCO mission was employed to Nagorno-Karabakh due to Armenian opposition so far.

It is surprising that UNESCO recently remembered its mission to protect cultural heritage in its Member States in line with the 1954 Convention for the protection of cultural property in the event of armed conflict. Thus, in its press release of 20 November 2020, it proposed, “to carry out an independent mission of experts to draw a preliminary inventory of significant cultural properties” in response to Armenian calls.

Consequently, the Azerbaijani Ministry of Foreign Affairs called on UNESCO not to politicise the protection of cultural heritage in Nagorno-Karabakh while reminding its duty of impartiality. It should be noted that no UNESCO mission ever materialised in any part of the world since the 1954 Convention despite many reports of destruction and vandalism. 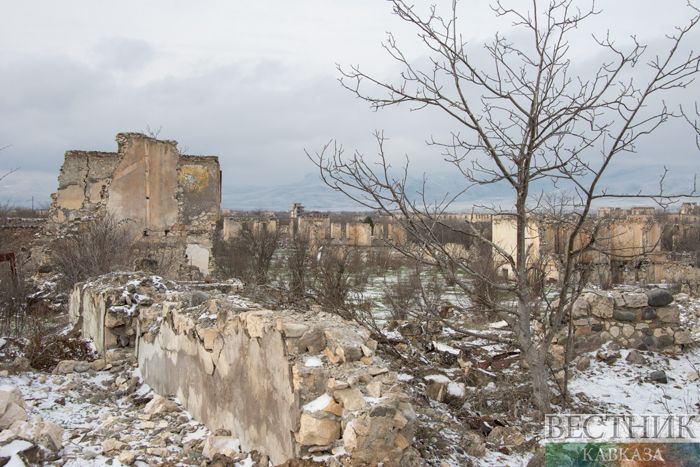 While Armenians burned the houses, unsealed the crosses of churches and took away the bells of monasteries, placing mines on the lands around historical and cultural monuments and leaving Nagorno-Karabakh with valuable heritage, such as famous traditional carpets, after the ceasefire; Azerbaijani authorities vowed to protect the cultural and religious heritage in the territory, emphasising the country’s record as a secular and multicultural country.

Azerbaijan has restored dozens of churches, including the Armenian, Lutheran and Russian Orthodox churches in Baku, and numerous synagogues within Azerbaijan, while also providing support for the restoration of churches in France, the Vatican, Russia, Hungary and elsewhere.

Azerbaijan is a country with a long history of religious tolerance. Although more than 90% of the population is Muslim, both Sunni and majority Shia live and pray together, and religious minorities feel accepted and appreciated. For instance, the Red Village in Guba is one of the largest all-Jewish towns outside of Israel and Jews can walk down the street with a kippah without facing any discrimination or hatred in Azerbaijan. This is in sheer contrast with many European countries, such as France—home to UNESCO headquarters, where recent public debate once again focused on the restriction of religious symbols in public places.

It is unclear why UNESCO would take sides and apply double standards when it comes to the protection of cultural heritage. Does it view one cultural and religious heritage above the other? Is it under the influence of a particular diaspora? Does it fear reputational risks generated by aggressive social media campaigns? Whatever the reason, the recent attempts of UNESCO seem to be futile. The international body shall restore its credibility as an unbiased and independent actor in the global scene if it is serious about fulfilling its mission as a protector of cultures. Otherwise, it risks becoming the centre of more controversies in the future.

Azerbaijan is working towards rebuilding its liberated territories

UNESCO experts ready to go to Karabakh if their security ensured