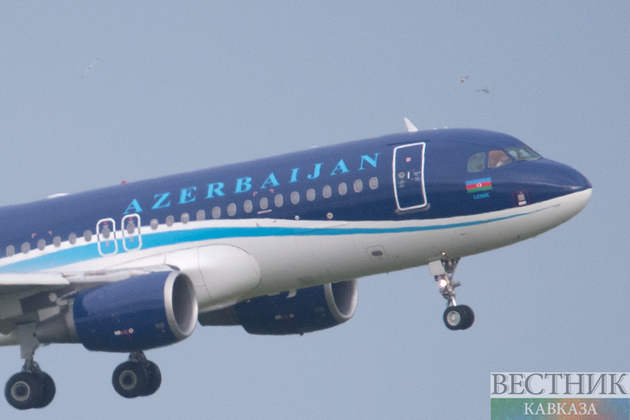 The International Air Transport Association (IATA) Passenger Services Conference has assigned an international three-letter ZZE code to the Zangilan International Airport in the liberated lands of Azerbaijan. According to Azerbaijan Airlines (AZAL), the unique code reflects the names of the city of Zangilan, where the airfield is currently being built, and the East Zangezur region, which incorporates the district of Zangilan, The Caspian News writes.

“Zangilan International Airport is one of the important infrastructure projects in Eastern Zangezur. It will play a significant role in the social and economic development of the region. Assignment of the IATA three-letter code to Zangilan Airport is another step towards the creation of a large and modern logistics center there,” AZAL President Jahangir Asgarov said in a statement issued by the company on Monday.

An IATA airport code, also known as an IATA location identifier, or simply a location identifier, is a three-character alphanumeric geocode designating many airports and metropolitan areas around the world, as defined by the association. The code is used for the commercial organization of air transportation of passengers and cargo. It is used for international booking and in the work of ground services of air terminal complexes, particularly in international air ticket sales systems, flight schedules, aviation communications, and others.

On July 9, the first test flight has been conducted at the Zangilan International Airport, which is currently under construction in East Zangazur, one of two economic regions in the liberated lands of Azerbaijan.

The runway of the Zangilan International Airport will measure 3,000 meters in length and 60 meters in width. The airport will be able to receive all types of aircraft, including heavy cargo planes weighing up to 400 tons. The ground for the airport was broken on April 26, 2021, by President Ilham Aliyev, while the construction began in May of the same year. The Baku-based AzVirt Construction Company is building the air harbor. The launch of the airfield was initially scheduled for some time in the second half of 2022, according to the company officials. However, the rapid pace of the construction can lead to an earlier launch, roughly in August or September. Once operational, the Zangilan International Airport is expected to contribute to the socio-economic development of the district and the surrounding territories liberated from nearly three decades of illegal Armenian occupation.

The reconstruction and modernization of the civil aviation infrastructure in Azerbaijan’s liberated lands come as part of the state-run programs rolled out shortly after the 2020 war with Armenia.

Azerbaijan’s Karabakh (Garabagh) region fell under Armenia’s occupation during the First Karabakh War in the early 1990s. Following the Soviet Union’s dissolution in 1991, Armenia launched a military campaign against Azerbaijan that lasted until a ceasefire deal in 1994. As a result of the war, Armenia occupied 20 percent of Azerbaijan’s internationally recognized territories. Over 30,000 ethnic Azerbaijanis were killed, and one million were expelled from those lands in a brutal ethnic cleansing policy carried out by Armenia.

Armenia’s authorities have repeatedly attempted to use the Karabakh region’s airspace and the Khojaly airport to host the flights of Armenian companies and military aviation. However, such illegal attempts faced a severe backlash from Azerbaijan, including ultimatums on international platforms.

In 2020, Azerbaijan regained access to the airspace over the Karabakh region. As a result of the 44-day-long war, the Azerbaijani army liberated over 300 settlements, including the cities of Jabrayil, Fuzuli, Zangilan, Gubadli, and Shusha, from illegal Armenian occupation. The war ended in a tripartite statement signed on November 10, 2020, by Armenia, Azerbaijan, and Russia. Armenia returned three more districts to Azerbaijan’s control within its obligations under the agreement.

The first new airport in the liberated Azerbaijani lands, the Fuzuli International Airport, was put into operation in October 2021. The air harbor, which was built by Azerbaijani and Turkish companies, was recognized by the IATA and the International Civil Aviation Organization (ICAO). In the meantime, the third airport in the liberated Azerbaijani lands will come online in the Lachin district in 2024. It will be the highest-altitude airfield in Azerbaijan. Currently, the land piece for the facility is being leveled for construction.

Armenia surprised with quality of Azerbaijani road to detour Lachin