Are Azerbaijan and Armenia ready to sign a peace treaty? 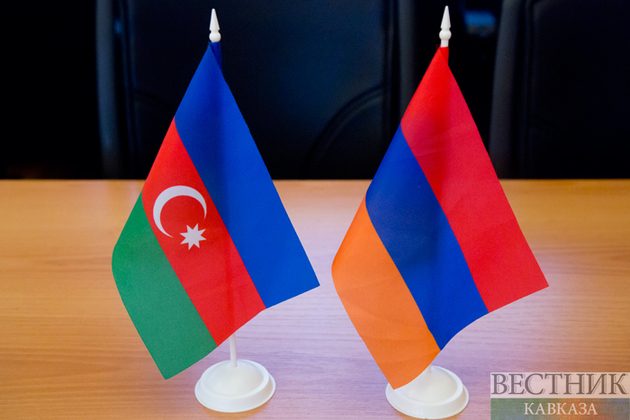 The former conflict between Azerbaijan and Armenia in the South Caucasus was a major threat to stability and economic integration in the region. However, the 44-Day War between the two South Caucasus countries changed the geopolitical landscape as Azerbaijan put an end to nearly 30 years of the Armenian occupation. With the signing of the 2020 November Statement between the Russian Federation, Armenia, and Azerbaijan, official Baku and Yerevan have, in practice, opened a new page for diplomatic talks and economic integration, Eurasia Review writes.

Today Azerbaijan is focused on issues such as the opening of transportation links, economic integration, and the signing of a peace agreement; nevertheless, the post-conflict period has been characterized by persistent challenges to stability and security between these two countries. During the post-conflict period, peace talks between Armenia and Azerbaijan were mainly convened under the auspices of Moscow. One of the key trilateral meetings between Russian President Vladimir Putin, Azerbaijani President Ilham Aliyev and Armenian Prime Minister Nikol Pashinyan was held on January 11, 2021, in Moscow, where the heads of state discussed the implementation of the November Agreement, underlining the importance of the unblocking of all economic and transport communications in the region. The parties also agreed to establish a trilateral working group co-chaired by the Deputy Prime Ministers of the Republic of Azerbaijan and the Republic of Armenia and the Deputy Chairman of the Government of the Russian Federation.

Analyzing all the meetings between Armenia, Azerbaijan, and Russia, it is worth noting that the parties could not achieve groundbreaking results or even agree on the main issues, such as the opening of the Zangezur Corridor, border delimitation and demarcation, and signing a peace treaty based on mutual recognition of each other’s territorial integrity. Despite negative developments and challenges to security in the region, Azerbaijan has already, during the post-conflict period, started the reconstruction process in the Karabakh region. In light of this, it is high time that Armenia thinks of a final peace treaty with Azerbaijan based on the principles of sovereignty and territorial integrity is key to sustainable peace and regional economic integration.

The EU has therefore intensified its efforts to achieve a long-term and durable peace between Armenia and Azerbaijan. On April 6, President of the Republic of Azerbaijan Ilham Aliyev met with President of the European Council Charles Michel and Prime Minister of the Republic of Armenia Nikol Pashinyan in Brussels. This meeting, the first since Brussels in December 2021 and a videoconference together with President Macron in February 2022, was very productive. European Council President Charles Michel noted “both President Aliyev’s and Prime Minister Pashinyan’s stated desire to move rapidly towards a peace agreement between their countries.”

It is very important to highlight the five proposals that Azerbaijan has put to Armenia for normalizing relations:

- the mutual recognition of each other’s sovereignty, territorial integrity, inviolability of international borders, and political independence;

- mutual confirmation of the absence of territorial claims of states against each other and the legal obligation not to file such a claim in the future:

- refraining from threatening each other’s security in interstate relations, from using threats and force against political independence and territorial integrity, as well as from other circumstances incompatible with the purposes of the UN Charter;

- delimitation and demarcation of the state border and the establishment of diplomatic relations;

- opening of transport and communications links, the establishment of other relevant communications, and cooperation in other areas of mutual interest, as was also set out in the November Agreement.

If Armenia agrees to sign a peace treaty with Azerbaijan on the basis of the above-mentioned principles, it will create a backbone for the establishment of diplomatic ties and cooperation between the two states.

Despite all positive gestures, Armenia’s leading radical opposition parties led by opposition leader Artur Vanetsyan started again the campaign to hinder peace process between Armenia and Azerbaijan. They began a nonstop sit-in Yerevan’s Liberty Square, and the main aim is to stage coordinated street protests in an attempt to topple Prime Minister Nikol Pashinian and thus prevent what they see as unacceptable concessions to Azerbaijan planned by Prime Minister. Such developments show again that tangible steps are needed for supporting a future peace treaty.

To sum up, 2022 might be a remarkable year as Armenia and Azerbaijan may take a giant step toward long-awaited peace in the region. During a meeting on Azerbaijan’s results for the first quarter of 2022, President Ilham Aliyev again emphasized that Armenia accepts Azerbaijan’s five principles for normalizing relations. We are today witnessing positive developments in the negotiations. Nevertheless, both Armenia and Azerbaijan should consider that the peace process is fragile, and perhaps we now need more engagement and willingness to compromise for peace if the final peace treaty is to be signed.