Armenia must open up its archives to search for 4,000 missing Azerbaijanis 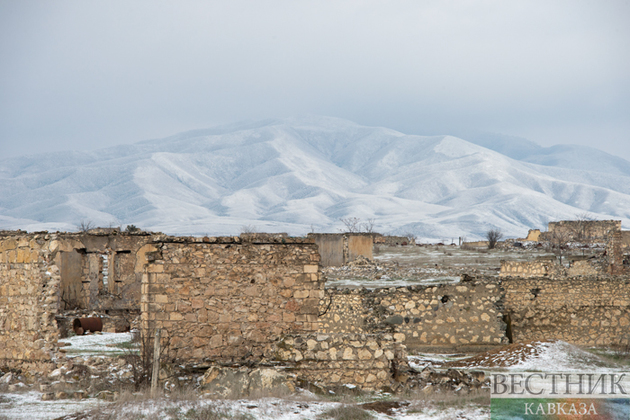 After the return to Azerbaijan of the majority of the territories occupied by Armenia for nearly three decades, researchers have begun to document the missing 4,000 Azerbaijani’s from the First Karabakh War (1988-1994) which included prisoners of war and 719 civilians (326 are elderly, 267 women and 71 children).

Eurasia Review writes that in 1994, Thomas Goltz pointed to how civilians taken hostage often work as virtual slaves in private homes until exchanged for hostages from the other side, or sometimes just for food and fuel — or even corpses. POW’s are often summarily executed and corpses are mutilated. Armenian President Levon Ter Petrossian refused to respond to a request by international human rights monitors about specific charges of Armenia’s violation of the Geneva Conventions in the Nagorno-Karabakh conflict in which it is “officially” not involved — despite much evidence of its covert support for the separatists fighting to wrest control of the territory from Azerbaijan.

One case involved the deaths of eight Azerbaijani POW’s in Armenia’s capital, Yerevan. The International Red Cross was told that they had been executed during an ‘escape attempt.’ These eight were returned to Azerbaijan with two older remains of Azerbaijani soldiers who had died of unknown causes. Post mortems revealed, Goltz writes, that seven of the newer corpses ‘were shot at point-blank range, six in the head and one in the chest, while an eighth had his throat slashed. Four ears had been severed and one body had been eviscerated.’ These are not the wounds of people being killed trying to escape, a point confirmed by a British forensic brought to Baku to investigate the dead POW’s, who confirmed they had been executed. After being confronted with this, the Armenian authorities claimed they ‘had committed mass suicide with a pistol taken from a guard when they realized their escape was doomed.’

According to Human Rights Watch, Dr. Derrick Pounder, a Scottish forensic expert, who, after performing autopsies on the eight bodies after they were returned to the Azerbaijani authorities, stated that the nature of wounds on six of them indicated they had been summarily executed.

The majority of these Armenian crimes were never properly addressed by Western policy-makers, experts and in the media. The Washington Post reports a member of the OSCE Commission who, upon being contacted over the cases of Azerbaijani hostages and extrajudicial killings, said: ‘You’re right, but making fuss about dead Azeris is not right for the politics of this town [Washington].’

The first conflict killed tens of thousands of people, including the civilian population. Western Orientalism tends to view the South Caucasus through its biased views of Islam. Goltz found that the US was indifferent to the killings of Azerbaijani’s and tended to back Armenia (as did Russia). ‘Sadly, American concern about Armenian behaviour — including how Yerevan applies the Geneva Conventions — appears to be met with just that – indifference,’ Goltz wrote, asking ‘Does this reflect an unspoken policy of selective enforcement of human rights, including the right to live?’

The large Armenian diaspora, especially in the US and France, has been influential in the media and Western governments in providing a one-sided view of human rights abuses that point the finger at Azerbaijan. It is difficult to find articles about the human rights violations inflicted on Azerbaijani prisoners by their Armenian captors. Every article on the internet on cultural destruction is concerned with threats to Armenian cultural heritage in Nagorno-Karabakh without mention of the mass destruction of Azerbaijani cultural and religious buildings during the nearly three decades of occupation. During Armenia’s nearly three decade occupation of twenty percent of Azerbaijan it undertook a wholesale destruction of all buildings  and left a landscape resembling the Japanese cities of Hiroshima and Nagasaki after the US dropped nuclear bombs on them in 1945.

Western opinion sees the South Caucasus as part of an ‘age-old conflict’ between Christians and the Islamic world. In reality, the two Karabakh wars have less to do with religious conflict or clashes of civilisations than territory.

In the First Karabakh War it was Armenians which committed two of the biggest crimes.

The first, the occupant country committed ethnic cleansing of between 750-800,000 who were forced to flee their homes. This huge number of Azerbaijani’s became IDP’s (Internal Displaced Persons). Many of them still cannot return to their homes, most of which have been destroyed or damaged, because of extensive minefields planted during the Armenian occupation.

During the nearly three decade occupation Armenians attempted to alter the demographic makeup of the territories under their control by bringing in new settlers.Approximately 150,000 Armenians came to live in the seven occupied districts surrounding Karabakh and in Karabakh itself.Most of these Armenian settlers fled when the areas were returned to Azerbaijani control after destroying buildings, utilities and roads. The Economist has estimated that the cost of rebuilding these seven regions will amount to 15 billion dollars.

The second crime was the massacre of over 600 Azerbaijani civilians and POW’s in the town of Khojaly in February 1992. Thomas de Waal’s book Black garden published in 2003 by New York University Press records Armenia’s military leader Serzh Sargsyan during the First Karabakh War, and since president and twice prime minister,  as being ‘more honest and more brutal’ when he admitted: ‘Before Khojali, the Azerbaijanis thought that they were joking with us, they thought that the Armenians were people who could not raise their hand against the civilian population. We were able to break that [stereotype]. And that’s what happened. And we should also take into account that amongst those boys were people who had ﬂed from Baku and Sumgait.’ In de Waal’s view, Sargsyan de facto admitted the massacre at Khojoli was a ‘deliberate act of mass killing as intimidation.’

On 2 April 1993, Kalbajar’s residents, then approximately 60,000 people, were fully surrounded by the Armenian armed forces who gave civilians only ten hours to leave the area. Some civilians did not escape ... Video footage from the First Karabakh War shows smiling Armenian military forces, led by the notorious international terrorist Monte Melkonian.

After the liberation of territories in the 2020 Second Karabakh War, Azerbaijanis continue discovering graves of mass executions. Meanwhile, the relatives of those still missing continue to search for loved ones who perished during the conflict. The international community should pressure the Armenian authorities to open up its archives and provide information about the missing 4,000 Azerbaijani’s.