The protracted political crisis linked to the seizure of a police station by the armed group which calls itself 'Sasna Tsrer' ('Sassoon Braves') is continuing in Yerevan. About 30 Armenian veterans of the Karabakh war and supporters of the political prisoner Zhirayr Sefilyan, who are still holding the police station, released the hostages, including the deputy chief of the Armenian police and the deputy chief of the Yerevan Police. However, the gunmen are refusing to surrender or abandon their demands [the release of Sefilyan, the resignation of Serzh Sargsyan and an uncompromising policy in the process of the settlement of the Nagorno-Karabakh conflict].

It seems that the release of the hostages, which was presumably conceived as a step to switch the criminal situation to the political level, was the beginning of the end of the armed rebellion. After the senior police officers were released the Armenian law enforcement bodies decided to starve the armed group out, leaving them without communication, electricity, water and food. At the same time, the National Security Council of Armenia started spreading leaflets on the territory of the captured station with a proposal for a voluntary surrender in exchange for exemption from prosecution. There is a classic carrot and stick policy, aimed at demoralizing and sowing internal dissent between the group members.

It is noteworthy that diplomatic sparring around the events in Yerevan started between the EU and Russia. In particular, the Russian Foreign Ministry negatively viewed the statement of the EU delegation in Yerevan. "Surprisingly, there was no place for a direct and explicit condemnation of the criminal acts in this document – the armed attack on the police station, the killing of the police officer, the hostage-taking. Instead of this, significant emphasis was placed on the demands on the authorities: to observe "proportionality" and investigate the "unlawful actions of the police." It is hard to escape the feeling that the EU diplomats are openly promoting the forces in Armenia that are seeking to 'shake up' the political situation," a statement by the Russian Foreign Ministry reads. At the same time, western-oriented opposition Armenian news agencies, on the contrary, saw Russia's "nervous reaction" as its desire to boost a military solution to the conflict and destabilize the political situation in Armenia with the aim of pushing a settlement "unfavorable for the Armenian side" of the Nagorno-Karabakh conflict in the conditions of chaos and instability in Yerevan. 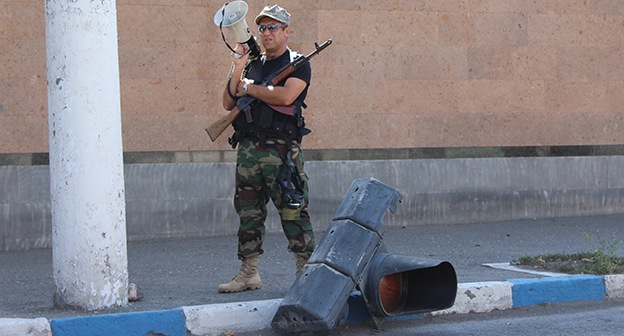 Meanwhile, since the beginning of the hostage-taking on the morning of July 17, the reaction of the Armenian authorities and the public to the current events has been surprising. Throughout the whole world the armed seizure of a police station and the killing of a representative of the authorities for political purposes would be called terrorism and result in an assault in case of a refusal to lay down arms as soon as possible. But in Armenia the authorities are not willing to "shed the blood of Armenian guys" [the 'Sasna Tsrer' group – VK] and "Armenian police officers". Moreover, the authorities have even given the rebels an opportunity to hold a press conference. President Serzh Sargsyan, commenting on the situation, recognized the existence of a large number of malcontents in the country, while noting that "no one has the right to rock the boat of Armenian statehood." However, Serzh Sargsyan's government has never had a tendency towards pacifism and the shooting of demonstrators following the presidential elections in 2008 is clear evidence of that. This time, by his own admission, Sargsyan withdrew from the "classic way," because he "cares about every Armenian citizen's life." Again the question arises, what has changed in the logic of the Armenian government since 2008? 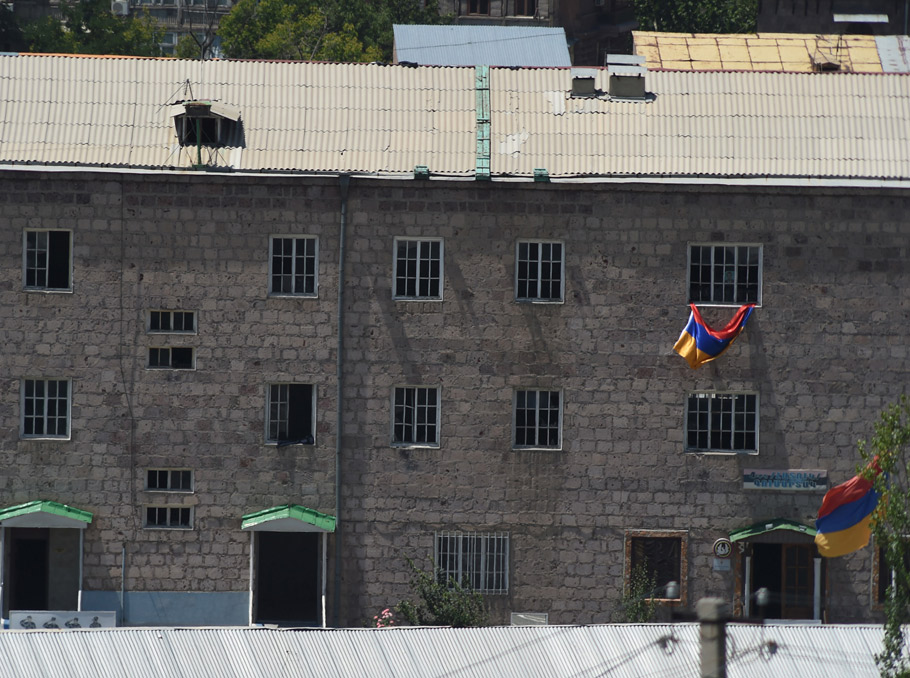 Recently, the world could see Turkey's failed military coup, which included hundreds, if not thousands of security and government officials. President Erdogan's address to the people was enough to stop the coup – the people ran into the streets to support the legally elected authorities. One can view the Turkish President as one likes, but the fact is that he still enjoys strong support among the population of his country. Is there such support for Serzh Sargsyan? In the past nine days the unpopular Armenian government has been trying to negotiate with only 30 militants, even promising them freedom in the case of non-resistance. One and a half thousand demonstrators supported 'Sasna Tsrer', while rallies in support of the current government are not seen. The system of state power in Armenia has degraded so much that it is ready to negotiate with those who took up arms against this power and killed its representative in the person of the police colonel. The ruling Armenian team understands that any use of force against veterans of the Karabakh war would deal an even stronger blow to the image of the government itself, and such a patient position of the security forces is due to this factor, not to the "humanity" of Sargsyan's government. The Armenian authorities need 'Sasna Tsrer' to be alive and voluntarily surrender. As an option, they could be hungry, overgrown, dirty and, more importantly, unable to resist. But killed rebels may be posthumously elevated to the level of martyrs by society and become a symbol of protest against the regime, too dangerous for the authoritarian government.