Arrest of Sefilyan is attempt by authorities to divert public attention

An active member of the New Armenia movement, veteran of the Nagorno-Karabakh war Zhirayr Sefilyan, was arrested on June 22. A criminal case was initiated according to Part 2 of the Article 235 of the RA Criminal Code (illegal acquisition, storage, transport or carrying of firearms or ammunition by a group of persons). 8 people have been charged in addition to Sefilyan, seven have been detained and a search was declared against one person.

Police officers found two AK-74 and 120 ball cartridges. A criminal investigation was initiated into the case, following which they found out that "Sefilyan, together with a group of supporters, intended to take control of the Public Television’s tower and other objects of strategic importance." According to the Armenian Investigative Committee, the group's members planned to carry out criminal activities after the April war. Sefilyan refused to testify, using his constitutional right. No arms or ammunition were found as a result of a search of his apartment and office.

Sefilyan's wife Nanor Sefilyan described the Armenian Investigative Committee's statement that Zhirayr Sefilyan was arrested due to weapons and ammunition found in a car as funny. According to Nanor Sefilyan, her husband became the victim of political repression, related to his sharp denunciation of the authorities.

According to a member of the New Armenia movement, Varuzhan Avetisyan, the leader of the movement was detained because of his uncompromising stance on the issue of 800 hectares of territory lost as a result of the April war.

Meanwhile, these statements do not reflect the real situation in Armenia after the April events. Today, almost every second publication in the Armenian press expresses an uncompromising point of view, according to which the ​​800 hectares must be returned. But no one gets arrested because of these articles. A hard-line approach is dominating in the mood of Armenian society since the April war. Thus, the behavior of Sefilyan and his supporters is not that unusual. It can be assumed that the war veteran has other reasons for his actions.  Interestingly,the official message of the Armenian Investigative Committee says that Sefilyan and his group of supporters planned to commit an attack on some buildings, but it didn't explain why. If he and his supporters were planning a coup, it is more than obvious that they have no resources to do it. 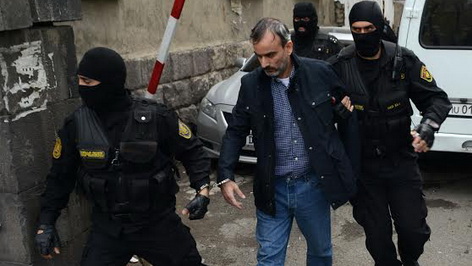 Sefilyan is one of the most prominent commanders of the Karabakh war, but as a political figure he has no influence or weight. His significance is over-exaggerated in the media. In fact, his influence is very limited and can reach a maximum of 20-30 people. The influence of his organization is also very limited: as a rule, only a few dozen people take part in the New Armenia movement's protests, and after the April events nobody cares about the activities of this organization.

It should be noted that Sefilyan is a citizen of Lebanon, which does not allow him to expand his political activities in Armenia. According to Armenian legislation, he can only run in local government elections. Sefilyan has repeatedly appealed to the authorities to receive Armenian citizenship, but they have denied him each time. He also applied for citizenship of Nagorno-Karabakh, but was denied as well. In the mid-2000s the country's leadership wanted to deport Sefilyan because of his radical calls for a change of government, but couldn't do so because his wife works in the Lebanese Embassy.

All these actions of the authorities demonstrate that they fear Sefilyan as a radical element, and since Armenia has no law on extremism and radical elements, the ruling elite is taking subtle steps to limit the activities of the war veteran.

In this case, the question arises: why is so much attention focused on a person who does not have any political weight, when many of the media outlets are trying to convince their readers that he is the only uncompromising politician and the only opposition to President Serzh Sargsyan? Given the discrepancy of the allegations with the reality, as well as the fact that the vast majority of the media is controlled by the government, it can be concluded that society's attention is being focused on the figure of Sefilyan and his supporters in order to distract people from more serious political processes.

There were two major political events last week. The founding congress of a new opposition party 'Consolidation', headed by the former Foreign Minister Vartan Oskanian, was held. Representatives of the party, which included the former Ombudsman Karen Andreasyan, a number of MPs and scientists, said that the party has applied for a change of power.

Perhaps some power circles decided to artificially inflate the incomprehensible plan of Sefilyan and his supporters to divert public attention from this unexpected concession and generally from more important processes occurring in the country.

(*) The opposition has put forward five-paragraph requirements. These are the fight against double voting by conducting video recording, using marking of fingers and putting special marks near names of Armenian citizens living abroad on the electoral lists. The opposition also proposed to discuss publishing the names of citizens who participated in the voting and abandon preferential votes.