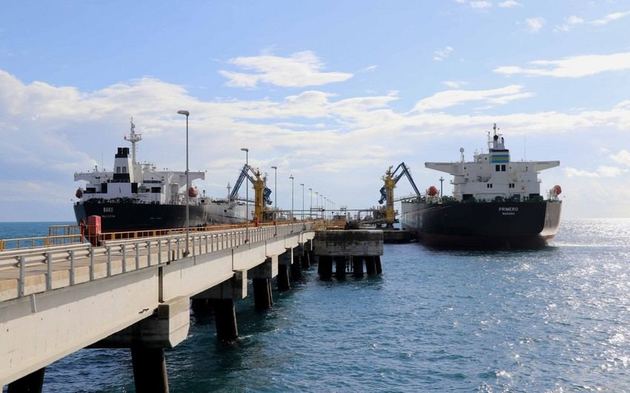 BOTAS and the Consortium of Azerbaijani Shah Deniz gas condensate field are negotiating a new contract for the supply of gas within the first stage of the field development. According to the head of the public relations department of BP-Azerbaijan, Tamam Bayatli, due to the completion of the contract concluded in 2001, which provided for the transportation of gas in the amount of 6.6 billion cubic meters annually, supplies to Turkey within the framework of Shah Deniz-1 were terminated on April 16.

BP, the largest shareholder in the consortium operating Azerbaijan's Shah Deniz gas field, confirmed April 27 that gas supplied to Turkey under a contract for 6.6 Bcm/year agreed in 2001 has been halted after the contract expired earlier this month, S&P Global Platts writes. BP said that the Shah Deniz consortium has been in negotiations for a new gas sales agreement with Turkey's state gas importer Botas "for some time now, and those discussions continue."

Speaking on a Q1 results call April 27, BP CFO Murray Auchincloss added that the contract was "being renegotiated and extended." BP also confirmed that gas deliveries to Botas from the second phase of development of the Shah Deniz field under a second contract for 6 Bcm/year delivered via the TANAP pipeline continued as normal. It said flows had "almost reached" the plateau 6 Bcm/year level.

Botas began importing Azeri gas from the first phase of development of the Shah Deniz gas field under the 2001 contract in July 2007 following the completion of the Baku-Tbilisi-Erzurum pipeline. Gas sold to Botas under the contract is supplied by AGSC, ownership of which is identical to that of the consortium operating the Shah Deniz gas field. That is: BP (28.8%), Turkey's state upstream operator TPAO (19%), Socar (16.7%), Malaysia's Petronas (15.5%), Russia's Lukoil (10%) and Iran's NIOC (10%).

Gas from the second phase of development of Shah Deniz is supplied to Botas under a second contract for 6 Bcm/year that became active in June 2018 and runs until 2033.

A spokesman for the operator of the TANAP pipeline told Platts April 26 that the TANAP line was operating normally and that no increase in transit volume had been requested for April and no future increases were currently scheduled.

Sources with knowledge of the matter have confirmed to Platts that given the close relations between Turkey and Azerbaijan, it is likely that the contract will be renewed, but that the terms may be different from the contract that recently ended. Relations between Ankara and Baku are extremely close with the respective presidents often referring to the two countries as "one nation, two states". In the meantime, one source noted that with the arrival of milder spring weather, gas demand in Turkey is falling, which -- coupled with the availability of other import options such as spot LNG -- means the halt of supply is unlikely to cause any issues.

The past two years have seen Ankara make efforts to move away from a reliance on importing gas by pipeline under long-term contracts indexed to the crude oil price, both reducing dependence on imported gas for power generation, and increasingly importing cheap spot LNG in place of more expensive piped gas. Turkey's deputy energy minister Alparslan Bayraktar said in February last year that Turkey planned to use the availability of cheap spot LNG to persuade its long-term gas suppliers to lower their prices and be more flexible in their terms and conditions.

Botas last week took delivery of its first owned FSRU vessel, the Ertugrul Gazi, which will operate initially at Botas' Dortyol terminal on the country's eastern Mediterranean coast. The vessel, which replaces a previous FSRU which had been leased, is being tested prior to being commissioned to import LNG.

BP to expand exploration in Azerbaijani part of Caspian in 2019