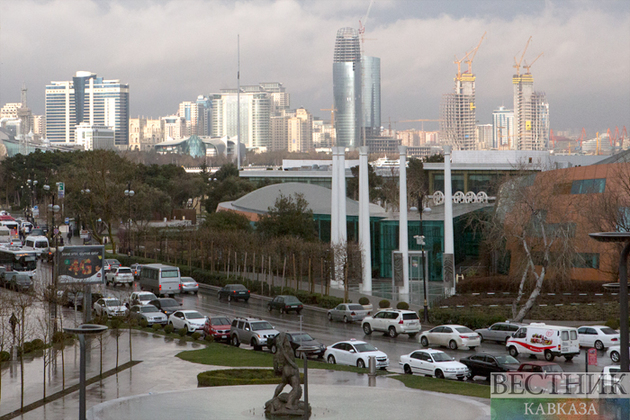 Recent geo-political processes in the South Caucasus and around the world significantly affect Eurasia’s transportation network by changing the roles and positions of its participants. While some participant states strengthen their position, others lose their importance because of the changing role of the main transportation routes as a result of geopolitical competition.

On the face of the recent regional and global political processes, Azerbaijan is one of the winners as the new realities created opportunities to strengthen its role as a regional transportation hub. The latest agreements that Azerbaijan signed with its partners are a clear indication of its increasing role as an important transit country, Eurasia Review writes.

On March 11, Azerbaijan’s Deputy Prime Minister Shahin Mustafayev and Iran’s Roads and Urban Development Minister Rostam Ghasemi signed the memorandum of understanding (MOU) for the establishment of the new communication lines connecting the mainland of Azerbaijan with its exclave of Nakhchivan Autonomous Republic (AR) through the territory of Iran. The document was signed as part of the 15th meeting of the Azerbaijan-Iran State Commission on economic, trade, and humanitarian cooperation held in Baku. According to the signed MOU, the parties plan to build a new railway, highway, and energy supply lines between Azerbaijan’s East Zangezur economic region and the Nakhchivan AR. Four bridges will be built over the Araz River, which plays the role of the natural border between Azerbaijan and Iran, including two motorways and two railway lines on them.

The signed document between Azerbaijan and Iran will increase the transit potential of both countries and will contribute to maintaining the increasing level of cargo transportation between them, which increased by about 70% despite the pandemic in recent years. The creation of the new transport link between Azerbaijan and Iran will also put an end to the long-term policy of Armenia on the blockade of Nakhchivan. Despite the fact that after the 44-Day War, which ended the Armenian occupation, the agreement for the opening of the Zangezur Corridor gave hope for the freeing of Nakhchivan from blockade, Armenia prolonged the process of establishment of this corridor. Although Azerbaijan is actively working on infrastructure projects for the establishment of the Zangezur Corridor, Armenia has yet to begin any construction work on its territory. Therefore, Azerbaijan agreed with Iran on the establishment of the new communication lines parallel to the Zangezur Corridor, eliminating Armenia’s ability to use it as a political tool. The opening of the two parallel communication lines to Nakhchivan will increase Azerbaijan’s transportation capabilities and will positively affect regional cooperation.

Another important event for Azerbaijan in the transportation sector was the reaching of an agreement with Kazakhstan and Georgia on the establishment of a joint venture to develop the Trans-Caspian International Transport Route (TITR), or Middle Corridor, one of the main land transportation routes that connects China with Europe through Central Asia and the Caspian Sea. The establishment of the venture was announced during the meeting between the Chair of the Board of Kazakhstan’s Samruk Kazyna Wealth Fund Almassadam Satkaliev and Minister of Economy of Azerbaijan Mikayil Jabbarov on March 9 in Baku.

The new joint venture will contribute to the tariff setting, cargo declaration, consolidation of transit cargo, and creation of unified IT solutions through the TITR. At the meeting, the Kazakh side noted the importance of reorienting cargo flows from Kazakhstan to Europe along the Middle Corridor. The potential for cooperation in the transportation of Kazakh oil to Europe via Azerbaijan was also discussed.

The interest of Kazakhstan in the development of the Middle Corridor and redirecting cargo flows to Europe through this route is related to the expected effects of the Ukrainian situation on the transportation network of Eurasia. Russia is the main transit country for on-land transportation (mostly by railway) of cargos on the Eurasian continent. The main two routes in Eurasia (northern and central routes), which account for 69% of the on-land cargo transportation between China and Europe, pass through Russian territory. On the central route before reaching Russia, cargos also pass through Kazakhstan. Crude oil, the main source of the financial income of Kazakhstan, is also exported to Europe via Russia.

Because of the heavy sanctions, it is expected that Russia’s position as a main transit country will weaken, and in the long term, the Middle Corridor could become the main transit route in Eurasia. Thus, by establishing the joint venture, Kazakhstan aims to diversify its transportation capabilities by using the potential of the TITR and minimize the possible damage that it could face because of the sanctions against Russia. This in turn will transform Azerbaijan into the main transit country within the Middle Corridor, and Azerbaijan’s ability to export Kazakh oil to Europe will further strengthen its position. 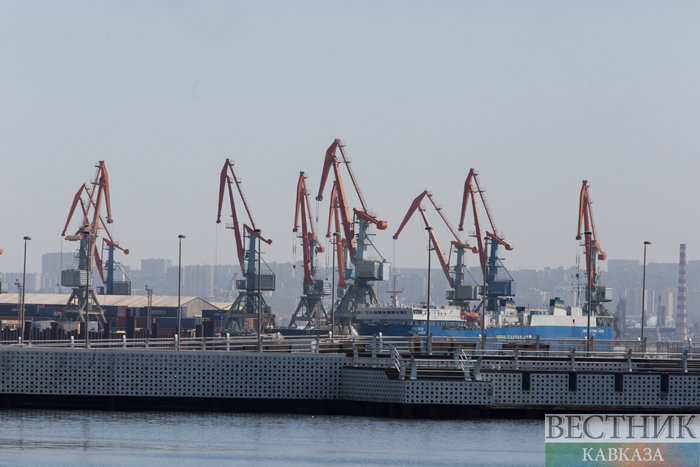