Biden's real challenge is not Russia or China, but poverty in America 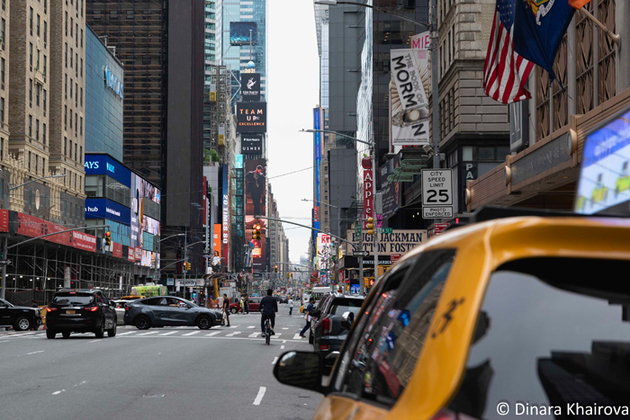 Mainstream US media continues to celebrate the supposed strength of the US economy. Almost daily, headlines speak of hopeful numbers, sustainable growth, positive trends and constant gains. The reality on the ground, however, tells of something entirely different, which raises the questions: are Americans being lied to, and for what purpose, Middle East Monitor asks.

"US Economy Grew 1.7% in Fourth Quarter, Capping a Strong Year," the New York Times reported. "US Economy Grew 5.7% in 2021, Fastest Full-Year Clip," the Washington Post added. Reuters, Voice of America, the Financial Times, CNN, Market Watch and many others all concurred. But if that is the case, why then is US President Joe Biden's approval rating at an all time low? And why are many Americans literally going hungry?

In a national opinion poll conducted by Reuters/Ipsos and published on 3 February, only 41 per cent of US adults approved of Biden's performance in office. A whopping 56 per cent disapproved. The numbers were not a complete shock as the downward trajectory of the Biden presidency has been in effect since soon after he moved to the White House over a year ago.

The truth is, Biden was not the Democrats' top choice nominee for president. Judging by various opinion polls and the early results of the Democratic primaries in 2020, it was Bernie Sanders who represented the Democratic hope for real, substantive change. Party politics, liberal media insistence that Sanders was not 'electable' and fear-mongering regarding a second Trump term in office pushed Biden through the ranks of nominees to be presented as America's only hope for salvation.

While Republicans remain committed to the Donald Trump legacy and are still largely politically and ideologically united, Democrats are growingly unconfident in their leadership and uncertain regarding the future of their democracy, governance and economy. Of course, they are blameless in holding such views.

While the Democratic leadership continues to obsess with its fear of Trump, and while liberal media insists that the US economy is as healthy as it can be, the average American continues to struggle against encroaching poverty, inflation and lack of future prospects.

Here are some sobering numbers: 56 per cent of all Americans cannot produce a meager $1,000 as an emergency expense from their existing savings, CNBC reported; one in 10 US adults went hungry last December as a result of poverty, Forbes.com reported; Columbia University Center on Poverty and Social Policy revealed that child poverty rate in the US stands at 17 per ent, "one of the highest among developed countries".

If American workers are studied separately from the larger population, the numbers are even more grim: three quarters of American workers said that "it was very or somewhat difficult to make end's meet," according to a study conducted by Shift Project, and reported in NBC News online. Forty per ent of the polled workers said that they are not able to come up with $400 in emergency money. But the most shocking of all, according to the same study, is that "around 20% said that they went hungry because they couldn't afford enough to eat"

Aside from occasional government handouts, which were provided by both the Trump and Biden administrations, little has been done by way of structural changes to the US economy that would ensure greater equality among all sectors of society. Instead, the administration's priorities seem to be allocated to something else entirely.

Writing in Politico, David Siders describes the current political discourse within Democratic Party circles, where "Democrats are losing their minds over 2024". Since the Democratic President's public approval ratings are "dismal", Democrats fear the return of Trump. "All anyone can talk about is Trump —donors, policy folks, party insiders, the media," Siders quoted a Democratic adviser as saying. The same adviser described "a weird cycle" where the "conversation keeps coming back to Trump".

Whether conscious of this obsession or not, the Biden administration seems to operate entirely according to a political strategy that is predicated on tarnishing Trump and his supporters, retelling, over and over again, the story of the January 6 insurrection, hoping for a Republican split or any other miracle that would bolster their chances of maintaining their Congressional majority in the next November mid-term elections.

While doing so, the Democratic leadership seems oblivious to the harsh reality on the ground, where food prices are skyrocketing and where inflation has reached unbearable levels. According to new data, released on 10 February by the Bureau of Labor Statistics, the US consumer price index (CPI) rose by 7.5 per cent in January compared to the same month a year ago, making it the "fastest annual pace since 1982," the Financial Times reported.

The rise in inflation is not a one time off event, as CPI has been rising at a sustainable level of 0.6 per cent on a monthly basis. Ordinary people can feel this increase almost every time they go shopping. Small business owners, especially restaurants, bakeries and grocery stores, are left with one out of two options: either increasing their prices or shutting down completely. Consequently, large segments of the already vulnerable US population are growing more desperate than ever.

To avoid providing real answers to difficult questions about the welfare of millions of Americans, about the real function of their democratic institutions and about existing corruption within the US political system – regardless of who controls the Congress or resides in the White House – Democrats and their media are either blaming their Republican rivals or creating foreign policy distractions. They continue to speak of a 'China threat' and an 'imminent' Russian invasion of Ukraine and such, while the real threat is that of detached politicians who are amassing wealth, fighting for power and prestige while their countrymen and women continue to go hungry.