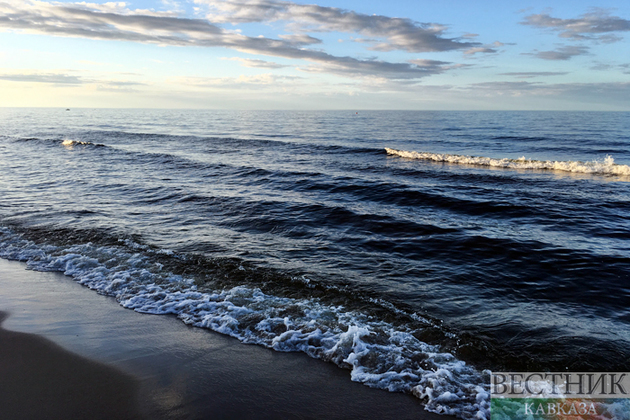 As the world rapidly changes and new needs and issues continue to appear on the global agenda, the “blue economy,” defined by the World Bank as the “sustainable use of ocean resources for economic growth, improved livelihoods, and jobs while preserving the health of ocean ecosystem,” is seen by many as a great solution to many of the mankind’s current problems. The Commonwealth of Nations considers the blue economy as “an emerging concept which encourages better stewardship of our ocean or ‘blue’ resources.”

The blue economy approach is also penetrating the Middle East, The Jerusalem Post writes. Israel last month inaugurated the National Center for Innovation and Blue Economy in Haifa, aiming to promote technological innovation and entrepreneurship related to the maritime space. This includes projects in fields such as aquaculture, shipping, marine tourism, and marine nature conservation, the Environmental Protection Ministry and the Haifa Municipality said in a joint statement.

'Blue is the next green'

Mohammed Baharoon, director general at b’huth – The Dubai Public Policy Research Centre, told The Media Line that the United Arab Emirates and Oman are also working hard on exploring these areas. He said the investments are not very significant till now, but he added that it is an area of growth. The blue economy is of great importance for the Gulf Cooperation Council countries, he explained, as they “are based in the Arabian Peninsula which is surrounded by four seas. “Their economic ties with countries in the Indo-Pacific Region are huge,” he added. Blue is the next green, continued Baharoon, and “the blue economy complements all their efforts toward carbon neutrality, energy transition, and economic diversity.”

Lior Hanuka is the CEO of HiCenter, which operates the National Center for Blue Economy in Haifa. He told The Media Line that investment in projects related to the blue economy in Israel is also low, “but we are going to change this number to hundreds of millions of dollars, maybe billions of dollars, because we do think that the blue economy is going to bring to the table a lot of opportunities to innovate.” Israeli innovation can move from the land to the sea, he added, saying we are talking about artificial intelligence, machine learning, cybersecurity, and all the agricultural technologies, Hanuka added.

Gregor Paterson-Jones, managing partner at PJ & Company, a blue and green finance consultancy, said, “The blue economy conceptualization and financing mechanism, as well as sustainability standards, are now where green finance was 10 years ago.” There are a number of highly relevant blue economy sectors that have a huge impact on sustainable development in the region, he noted in an interview with The Media Line. There are several large tourism developments and existing assets that rely on the health of the ocean for their survival, Paterson-Jones said. Also, maritime trade and logistics are important assets for the region that could benefit from investment in blue economy-based projects. He pointed out that blue economy developments could make the difference between recent fossil fuel discoveries’ exploitation being beneficial or deleterious to the energy mix in the region. He also cited renewable energy and waste treatment as areas that could benefit.

The new approach could be an asset in the provision of water in water-stressed areas of the world, and could create greater fisheries and aquaculture opportunities in the region, Paterson-Jones said.

Hanuka added, “The beautiful thing about the blue economy is that once you bring the innovation, or build the project, it contributes to all the countries around you, and maybe beyond.” He added that the Israeli National Center for Innovation and Blue Economy has already been in touch with contacts in Jordan, Egypt, and Morocco, “and they’re looking for our innovation.” Regional cooperation is a must for the success of the blue economy in addressing key issues such as global warming, he said. “Some of the challenges belong to the whole region, so some of the solutions have to be regional and not only in one country,” Hanuka said.

Baharoon stressed that in additionI to important issues that the blue economy can address such as climate change, food security, energy transition, and economic cooperation, an ocean-based economy means connectivity, which could greatly enhance the Middle Eastern countries’ ties with East Asian countries. “Blue waters projects will help create new corridors for moving food, energy, and data, and marine urbanization will create people traffic between these two regions, which will require cooperation on new types of governance structures,” he said.

"They're watching you" in the Middle East