In July last year, NATO adopted the decision at the Warsaw Summit to deploy four battalions to Estonia, Latvia, Lithuania and Poland. The move was a response of the North Atlantic Alliance to the growing fears of the Baltic countries and Poland in relation to a possible threat from Russia. Whether these fears were justified is a separate issue. One can only assume that the Western capitals, at least, after the Ukrainian conflict, remembered Otto von Bismarck's words that politics is the art of the possible, and do not exclude any scripts from their strategic calculations. But how true is to say in this context that the West made a bet on confrontation and decided to consistently adhere to a rigid line of conduct in relations with Russia?

Compounds of NATO, numbering from 800 to 1200 soldiers, to be deployed in these Baltic countries and Poland, where they will conduct joint exercises with the local armed forces. The Bundeswehr took the command of one of the compounds. The German army is sending about 500 soldiers, 20 Marder infantry fighting vehicles, 6 Leopard 2 battle tanks and 170 other combat vehicles to Lithuania.

However, according to Frankfurter Allgemeine Zeitung, things with infantry fighting vehicles (IFV) are quite problematic for Germany. The fact is that the German military industry has worked on a new generation of the Puma IFV for many years, which, in theory, should replace the outdated 'Marder', whose production ended in 1975. Most of the Marder IFV the Bundeswehr has written off the balance sheet, the others need to be modernized. The new Puma IFVs should have been deployed by the German army at the latest by 2008, however, as the newspaper notes, the story of the creation of a new German IFV is full of failures. As a result, the Puma will be adopted no earlier than 2025. During the long negotiations between the military and politicians the Bundeswehr had to turn down its appetites, and instead of 1000 IFVs the German army will receive only 350. The new machines are crammed with electronics, and German soldiers call them jokingly "a calculator on the tracks." It is an intelligent machine, but if it fails on the battlefield, the consequences could be fatal to the crew. Another problem of the Puma is the weight: politicians insist that it does not exceed 32 tonnes, that a new military transport aircraft A400M will be able to transport it. However, reducing the weight of the machine had a negative impact on its functionality. The motor is smaller, but less durable, materials are more expensive and the armor is thinner. The new IFVs will be the most expensive in the military history of Germany and will cost the German budget of 14 million euro per vehicle (original price was laid at the level of 7.7 million euro). 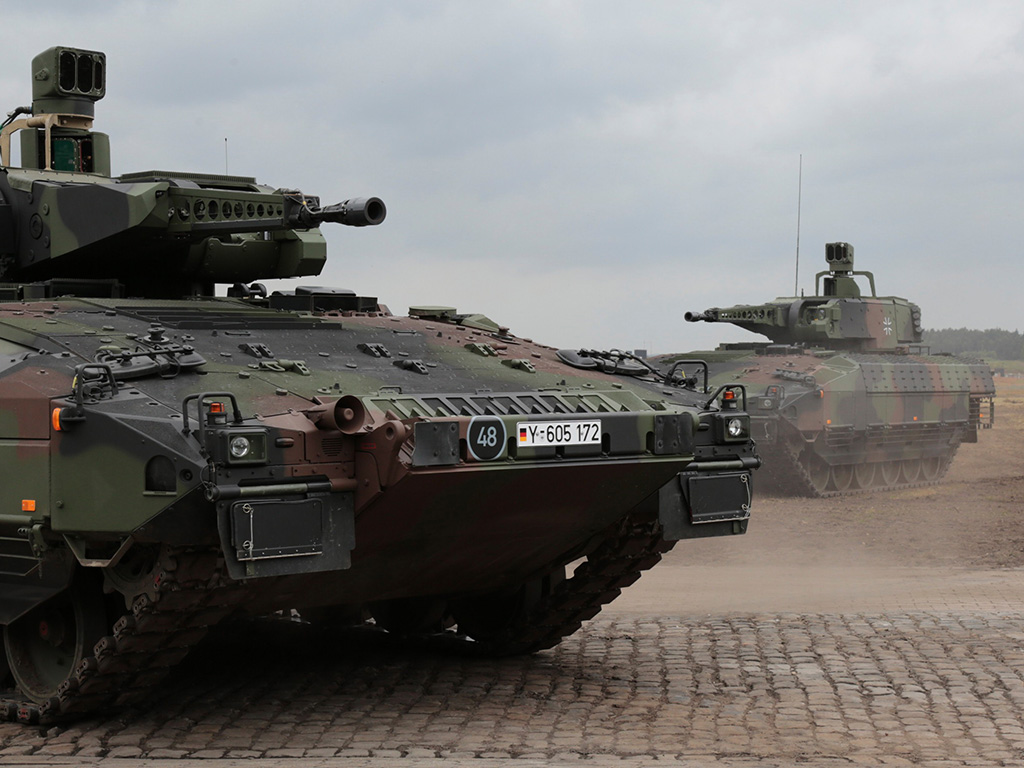 Thus, the German army is deploying old IFVs and only six tanks on the border with Russia. Such reinforcements will hardly provide any serious help to the Lithuanian military repel a theoretical attack of the Russian army. For a visual comparison, it may be recalled that Azerbaijan destroyed 11 tanks and IFVs of Armenia in the battle near Hadrut in the course of local clashes in Nagorno-Karabakh on the night of April 2, 2016. So what can be said about the fate of a couple dozens of outdated IFVs and tanks in a hypothetical clash between the armies of Russia and the NATO member state?

If it is a "symbolic support" to the NATO members on its eastern flank, then, perhaps, the situation is exactly the opposite. By deploying a small force near the Russian border, the West does the Baltic and Poland a disservice. By deploying an outdated technology and several hundred soldiers to Lithuania, Germany sends a signal that can be interpreted as a sign of its weakness and lack of political will and real possibilities to effectively protect its allies. At the same time by such actions NATO encourages "hawks" in the Russian political elite, which is also not conducive to detente on the European continent. Half-hearted measures have never brought success - and certainly not in the military-political strategy.