Calls for a "grape revolution" in Georgia

The situation in Kakheti, where the most peaceful Georgians, the Kakhetians live, is not stable today. For the first time in post-Soviet history there has been blocking of central highways and clashes of thousands of angry people with police. As a result of the clashes near the regional center of Gurjaani (the grape capital) the police arrested several people. A member of Parliament from the Kakheti region, Giorgi Gviniashvili, was attacked and the protesters presented an ultimatum to the authorities – to solve their problem in the near future, or the protests will be even more violent and radical. There were even calls for "a grape revolution".

What do Kakhetian winegrowers want and why are they dissatisfied? After the opening of the Russian market to Georgian wine in 2013, exports to Russia increased 400%, reaching an unprecedented level since the Soviet era – 4.5 million bottles of vintage wine per month. It's a lot for a small country like Georgia, especially Kakheti, especially after the eight-year embargo on imports of Georgian wines to Russia and grapes, when the peasant farmers were forced to cut down vines out of despair. 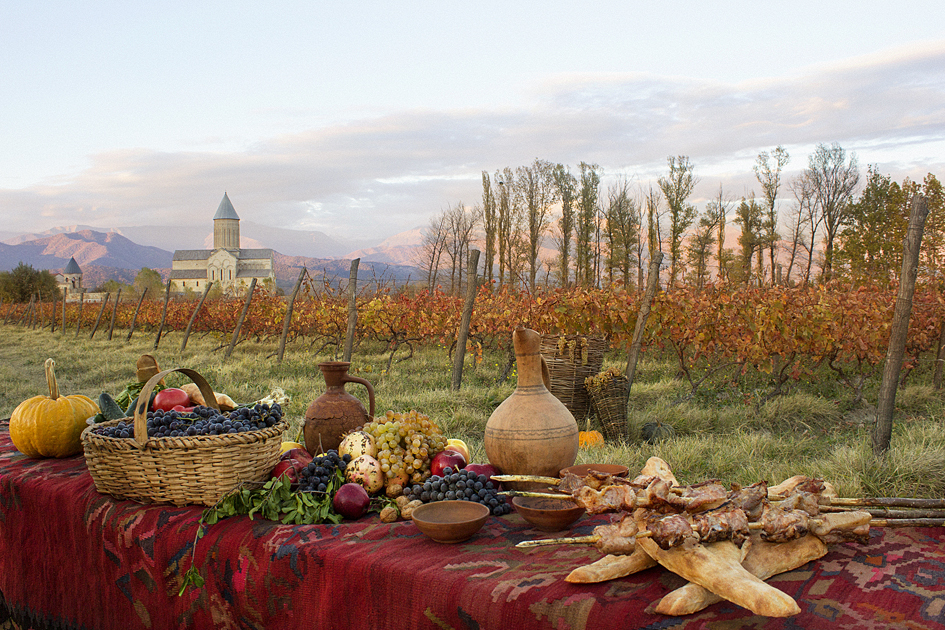 Since 2013 the wineries, which gained access to the beneficial Russian market, have started to pay good prices for a kilo of grapes: about 50-60 cents for the white grape variety Rkatsiteli and about a dollar for the Saperavi grape variety. But the happy life for Kakheti wine-growers did not last long – in the past year a devaluation has begun in Russia, the ruble has depreciated by almost 50%, it became unprofitable for the wineries to supply products at the same price in rubles, and Georgian wine couldn't compete the with new rates any longer; as the manufacturers say, the products 'lay in wait' – the wine cellars of 22 wineries of Kakheti are filled with unrealized wine. They are stored in the hope of better times. Moreover, difficulties have arisen not only in Russia: the events in the east of Ukraine also have a major impact on the wine industry, where a few hundred thousand bottles per month were sold in previous years, and in Kazakhstan due to the devaluation of the tenge.

The peasant farmers, who do not understand the intricacies of the international financial crisis and geopolitical situation, have prepared many more grapes for 2015 than last year, hoping for the previous year's prices. But the winemakers refused to buy grapes at last year's prices and offered to pay only 10 cents. The government, which is well aware of the danger and political risk, expressed its willingness to pay another 15 cents, but the growers considered this price inadequate and even insulting. They require much more – 50-60 cents per kilogram, like in the past two years. 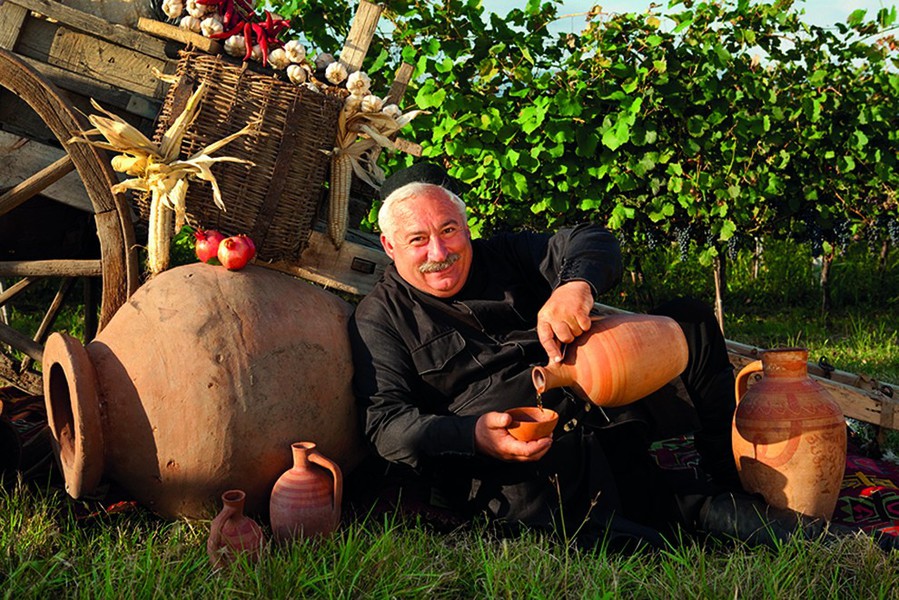 Nevertheless, Prime Minister Irakli Garibashvili and the Minister of Agriculture, Otar Danelia, were forced to admit that the state budget has no resources to increase the purchase prices of grapes. "The prices are determined by the market, and we only help farmers, but this year our efforts have been exhausted. Otherwise, we would have to take from the pensioners and teachers," the Minister of Agriculture noted. And according to the chairman of the government, in Europe grapes are even cheaper than in Georgia, but the farmers have reconciled themselves to low prices during the crisis.

However, these arguments do not resonate with the protesters – they remember how the government subsidized the industry in previous years and don't understand or don't want to understand why they aren't receiving the same subsidy this year. And the reason is simple: the subsidy from the budget is not decreasing, but the prices that business (the wineries) is willing to pay per kilo of grapes has decreased.

The politicians of the opposition party 'United National Movement' (UNM) immediately took advantage of the situation. Mikheil Saakashvili's supporters accused the government of empty promises and failure to help the peasant farmers. As if everyone had forgotten that, during the rule of Saakashvili and his team, the Russian market was closed and Kakhetian winegrowers could not even dream of significant revenues. However the UNM is ready to lead "the protests, expressing the will and interests of numerous voters of Kakheti."

Meanwhile, the campaign has already been started in the country: the parliamentary elections will be held next year and Saakashvili openly says that he could take part, although he is the governor of the Odessa region. The current president Giorgi Margvelashvili is in no hurry to withdraw Georgian citizenship from his predecessor, which means he still has all the rights of a citizen, including passive and active suffrage.

The Georgian Dream ruling coalition was faced with a difficult choice: spending money from the budget to appease the raging winegrowers means leaving many other industries without funding, incurring the displeasure of no less powerful social groups. But it would also be suicide to say an unambiguous "no" – one should let sleeping dogs lie.