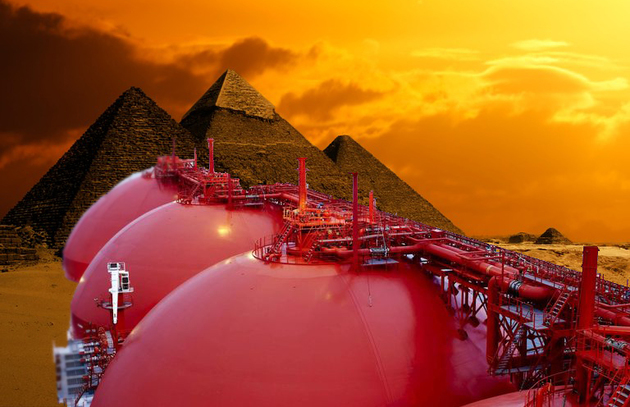 Egypt’s long-suffering LNG industry is finally experiencing some success as it takes advantage of European gas market constraints and exploits regional geopolitical developments. Cairo’s dream of becoming a global LNG player was derailed by a combination of the Arab Spring, conflict with Turkey, and then COVID demand destruction, Oil Price writes.

Now, however, the country’s LNG industry is poised for major growth, with its largest producer, EGAS, having just offered a cargo on a free-on-board (FOB) basis for loading over December 28 and 29 from its Damietta LNG plant. The EGAS LNG tender will be closing on December 13, sources have stated. The last EGAS LNG tenders, which closed on November 29, were successful, as the company sold four out of five spot cargoes for loading between December and February.

Egypt’s LNG has become a hot commodity recently as European and Asian markets yearn for additional supplies and East Mediterranean demand spikes. This week, Lebanon’s PM Najib Mikati asked El Sisi for urgent supplies of natural gas to counter his country’s power shortage. No mention was made of possible discussions between both leaders about the ongoing Lebanon-Israeli maritime delineation discussions, but sources have indicated a possible Egyptian role in that issue going forward. The Israeli-Lebanese maritime discussion is of importance, as both sides are claiming offshore waters in which potential vast natural gas reserves are expected to be. A maritime solution could even open up possible cooperation of Lebanon with the East Mediterranean Gas Forum, which includes Egypt, Greece, Cyprus, and Israel. The integration of Lebanese production (if commercial) would only strengthen the regional gas market further.

Egypt’s own offshore and onshore gas reserves are considered commercially attractive enough for the country to want to increase its LNG liquefaction capacity. The ongoing supply of Israeli offshore gas to Egypt via the East Mediterranean Gas Company (EMG) owned pipeline is of importance to all. Italian gas pipeline group SNAM, which is also the largest European entity, has now also become a part of the EMG venture. On December 9, SNAM purchased a 25% stake in EMG. The total pipeline project includes a 90 kilometers long pipeline between the southern Israeli port of Ashkelon and Egypt’s El Arish’s receiving terminal. SNAM’s 25% stake is valued at $50 million, acquired from Thai energy company PTT Energy Resources. The other main stakeholders are Israel’s Delek Drilling and US oil major Chevron.

At the same time as all of this, Cyprus and Egypt are stepping up their bilateral discussions. During a meeting between the Egyptian minister of petroleum, Tarek El Molla, and Cypriot Minister of Energy, Commerce, and Industry, Natasa Pilides, the possibility of increased natural gas cooperation was discussed. The main target for the two countries is to connect the Cyprus offshore natural gas field Aphrodite with Egypt’s LNG plants. After years of deliberation, working with Egypt on this front is considered the main option for Cyprus to enter the European gas market. During the same meeting, Egypt discussed its plans to expand operations in the Western Mediterranean Sea and possibly the Red Sea region with Chevron.

In light of the ongoing geopolitical tensions between Egypt and Turkey, it is worthwhile looking at one other key development in the region - the thaw in relations between Turkey and the UAE. When Abu Dhabi Crown Prince Mohammed Bin Zayed met Turkish president Erdogan, it opened the door to further discussions and a multibillion-dollar spending spree of Emirati companies and funds in Turkey. The impact of this detent could be huge for Egypt.

After several very turbulent years in the bilateral relations of Turkey and Egypt, energy cooperation seems to be increasing. Reports have emerged indicating that Turkey has become a major LNG exporting destination of Egyptian LNG cargoes. S&P Global Platts reports that Egypt has become a key supplier of LNG to the Turkish market, with seven cargoes already shipped there so far in the fourth quarter of 2021. While Egypt is still behind the likes of Qatar, the USA, and Algeria, its share of Turkey’s natural gas market has increased substantially. Looking at the still-growing domestic gas demand of Turkey, which is now above 60Bcm, Ankara doesn’t have the luxury to choose its energy partners.

Turkey is facing the possibility of an energy crunch if it fails to find a solution to the expiration of its long-term supply contracts. The only long-term option still in place is with Algeria’s Sonatrach, which is in place until 2024. To counter lagging supply from others, such as Russia and Azerbaijan, the only options available are from the US, Qatar, or Egypt. Since October 2021, LNG shipments from the 7.2 million mt/year Shell Idku and 5 million mt/y Eni Damietta plant have arrived in Turkey. These LNG deliveries came after Cairo and Ankara re-established diplomatic relations at the beginning of 2021, and that relationship may soon improve.

Following the visit of Crown Prince Mohammed Bin Zayed to Turkey, and a possible warming up of Turkish-Saudi relations, it seems Erdogan is attempting to change his position in the region. This change was largely forced upon Turkey by economic and financial realities. Turkey is broke, domestic opposition against Erdogan is growing, and inflation rates are high and rising, all of which is pushing the Turkish leader to open up to regional players for energy and investments.

For Egypt, this is the perfect opportunity to cash in, as Turkey is willing to pay a substantially higher price for LNG and appears to be taking a less aggressive stance in the East Mediterranean region.

Egyptian minister of petroleum El Molla has reported that Egypt’s natural gas exports are at full capacity of about 1.6 billion cubic feet per day (bcf/d) from its two natural gas liquefaction terminals. The minister reiterated that they are working at full power in order to benefit from a surge in international gas prices. He indicated that Egypt’s total natural gas production is between 6.5 -7 bcf/d. In the coming period, that level is available, but after April it could go down by around 1 bcf/d due to higher domestic consumption. Total exports are also being supported by imports of Israeli gas at a level of 450 million cubic feet of gas per day (mmcf/d) from Israel. Those levels could increase to 600-650 mmcf/d by the first quarter of 2022.

Discussions are currently being held over whether to increase the overall capacity of the pipeline. A memorandum of understanding for a new onshore pipeline has been signed, targeting higher Israeli gas supplies to Egypt.  During a meeting on the sidelines of the East Med Gas Forum in Cairo, November 25, Greek gas importer DEPA has indicated to seek Egyptian LNG supplies. If available, Egyptian LNG could land at the LNG import terminal at Revithoussa, Greece, and in the future, it could also go to Alexandroupolis.

Whose gas to replace Russia's at European market