Can Europe return its relevance in Libya 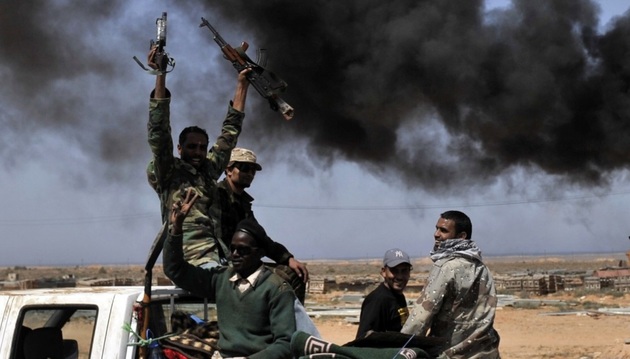 Yesterday, the chairman of the Libyan House of Representatives, Aguila Saleh held a telephone conversation with Russian Foreign Minister Sergei Lavrov. The parties discussed the ongoing armed confrontation between the country's eastern and western military-political camps. Lavrov once again supported the initiative voiced by Saleh on April 23, which implies an immediate cessation of hostilities and intensification of inter-Libyan negotiations to work out compromise solutions to existing problems and form unified government bodies in the country.

Meanwhile, things are not going well for European diplomacy in the Libyan civil war, Middle East Eye writes in the article Libya: How Europe failed to end the war. The latest initiative, convened by the German government in January, assembled the major foreign supporters of Libya’s warring factions in Berlin, with the aim of having them back off.  Yet, despite an encouraging final communique agreeing to halt weapons deliveries and fighting, the sweeping commitments had been broken within a matter of days from multiple sides.

In many ways, this is Europe’s fault. After the 2011 Nato intervention, there was little appetite for international boots on the ground to help Libyans manage the transition; post-revolutionary authorities were reluctant, as were Nato powers. From 2015 onwards, the EU supported the GNA and the UN peace process, but did little on the ground. France and Italy, prioritising their respective vested economic and security interests, ultimately helped undermine the UN process by supporting opposing factions, reducing the pressure for compromise and keeping the conflict afloat. France, in particular, has been guilty of foul play by consistently propping up Haftar, despite formally backing the GNA.

Europeans have displayed striking tunnel vision on Libya, largely focused on migration and violent extremism. Unlike in Syria, the EU did not develop a strategy to build local governance structures needed to put Libyan society as a whole back on a more stable footing. The EU supported the GNA, but did little to help it work by supporting a broader domestic stabilisation process. Following years of EU internal divisions on Libya, Haftar’s April 2019 march on Tripoli made clear how Europeans had lost their capacity to shape events there.

Since then, European influence has dwindled by the hour. The escalation of the conflict was followed by the entry of Russian mercenaries on Haftar’s side in September and Syrian militias alongside Turkish troops on behalf of the GNA by January, developments that have effectively eclipsed Europe’s central role in Libya. In November, the EU was shocked over the signature of a Turkish deal with the GNA on maritime boundaries, which gave controversial offshore drilling rights to Turkey and connects two difficult geopolitical arenas, entangling Libya’s fate with the Eastern Mediterranean gas quagmire and the Cyprus issue.

As a consequence, there was even less unity, as Greece and Cyprus became vocal supporters of Haftar, while Italy adopted a “realpolitik of equidistance” to appease both sides, which only saw Rome lose trust with the GNA. On top of all this, a Russian-Turkish attempt to negotiate a ceasefire between Haftar and Libyan Prime Minister Fayez al-Sarraj in Moscow in January without any European participation underlined how far the Europeans had already been squeezed out. The Berlin conference hence rushed to bring Europe back into the game and secure the multilateral process - but it was too little, too late. Europe, by division and inertia, made itself redundant.

Europe being geopolitically sidelined by Russia and Turkey in the Mediterranean is becoming a pattern. In Syria, too, the Russian-Turkish tandem overtook the Europeans in geopolitical strategy when the Astana process, involving Russia, Turkey and Iran, started sorting out the Syrian conflict without including the Europeans, or any western power.

While there was broad consensus in the EU that it was right to not get directly involved in either Libya or Syria, this allowed Russia and Turkey to undertake actions whose consequences were ultimately borne by Europe. The EU has also paid the price for reneging on its accession promises to Turkey, now more clearly a rival than a partner across this strategic theatre.

The larger problem looming here, however, is Europe’s display of reactive inertia in crises in its neighbourhood, which contrasts with regional powers’ assertiveness. EU member states remain shortsighted and inward-looking.  In Libya, a centrepiece of this theme has been that unlike Russia, Turkey and the UAE, Europe has so far been unwilling to put boots on the ground, sidelining itself as opposed to other regional actors that do have this readiness. EU divisions also make Europe a much less decisive, and more contradictory, partner. As in Syria, European influence looked increasingly marginal and geared towards superficial conflict containment. Both Libya and Syria have become examples of European disempowerment.

So what now? The Berlin process is obsolete and has shown that an appeasement approach towards Haftar does not yield results. Most military analysts agree that neither side will be able to win the war by military means, but the pressure is not high enough to bring both sides to true compromise, so the fighting goes on, relentlessly.  If and when the newly founded Libya chapter of the Astana process manages to push its proxies to agree to a genuine ceasefire, the demarcation lines could easily be entrenched into a perpetual frozen conflict if it was up to Russia and Turkey to monitor the ceasefire.

Voices have recently grown louder in Europe - including from EU High Representative Josep Borrell and even German Defence Minister Annegret Kramp-Karrenbauer - on the possibility of considering the deployment of an EU mission to Libya to monitor a ceasefire, should it come to fruition. Yet often, these calls appear to be rooted in the desire to boost Europe’s geostrategic profile, rather than an in-depth assessment of what Libya needs or wants. As former UN representative for Libya, Ghassan Salame, has pointed out, Libyans have no appetite for a further foreign military presence.

In March, the European Council launched a mission, Operation Irini, to help implement the (largely ignored) arms embargo against Libya. The mission was widely interpreted as representing a lowest-common-denominator among EU member states, rather than an effective tool to monitor the arms embargo, as it only monitors shippings by sea and air but not by land, where many weapons continue to be delivered. Moreover, the mission was widely accused of being inherently biased, as Turkey mainly shipped its supplies by sea, but Haftar’s backers did not.

Depending on how the conflict evolves in the coming months, Europe may seriously consider getting its feet wet and putting boots on the ground in Libya, should Libyan authorities request it. If becoming “more geopolitical” would enable Europe to stabilise its neighbourhood in a sustainable way, Libya would be a good place to start.  But make no mistake: Europe must not misuse Libya as a schoolyard for its own geopolitical coming-of-age.

Leaving "footprint" in Middle East, U.S. looking for "threats" from Russia and China?