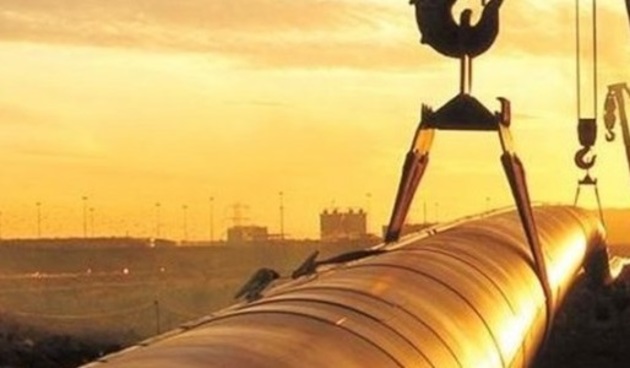 The Caspian Sea is one of the world’s largest and oldest oil and gas producing regions. Of the littoral states, Turkmenistan has by far the largest reserves when it comes to natural gas. Geographic isolation and animosity with Azerbaijan long prevented the export of gas to customers in Europe, Oil Price writes.

Recently, however, relations between Ashgabat (Turkmenistan) and Baku (Azerbaijan) have improved as the countries signed an agreement to jointly develop a shared natural gas field. While the size of the field isn’t a game-changer, the renewed cooperation between the countries could be. Turkmenistan has the world’s fourth-largest gas reserves at 19.5 trillion cubic meters and 10 percent of the global total. It includes Galkynysh with 2.8 trillion cubic meters which is one of the world's largest gas fields.

The geographic isolation of Turkmenistan as a landlocked nation is the most important impediment to large-scale exports. That changed somewhat with the ascendance of the Chinese economy and the massive demand for raw materials and energy. Chinese companies imported 43 bcm in 2019 from Turkmenistan which is 80 percent of the total exports that year. While the contracts are kept secret, analysts assume that Ashgabat is still heavily indebted to China for the construction of the Central Asia-China Gas pipeline (CACG). Therefore, Turkmenistan is adamant about diversifying towards Europe.

The recent conclusion of the $40 billion Southern Gas Corridor, which consists of the pipelines TANAP and TAP, from Azerbaijan to southern Europe also underlines the opportunity for Turkmenistan. For the first time in decades, the export of natural gas from Central Asia to Europe directly is a viable option if the involved states play their cards well.

The TANAP and TAP pipelines are designed to transport 10 bcm to Europe and 6 bcm to the Turkish market from Azerbaijan’s Shah Deniz field. Currently, the pipelines operate only at half of their capacity and could also be upgraded. Only a trans-Caspian pipeline needs to be constructed for gas to flow from Turkmenistan to Azerbaijan. Therefore, modest exports are possible relatively quickly from a technical point of view.

The first step towards a major deal could be announced in August after the summit in Turkmenistan's Awaza seaside resort that will be attended by Turkey and Azerbaijan. The presence of Turkish President Erdogan can be a sign of a breakthrough on the production side. The problem, however, is more likely to be found on the demand side. The European market is already well connected to producers through pipelines and LNG import facilities. Furthermore, gas from Turkmenistan will head to southeastern Europe where Russia has aggressively built new pipelines to discourage competitors.

It could be too little too late for the export of Central Asian gas to the European market. Although there is some capacity in the TANAP and TAP pipelines to include gas from Turkmenistan, a multi-billion investment in a trans-Caspian subsea pipeline is required. The European Investment Bank won’t finance fossil fuel projects from the end of 2021 anymore. Therefore, funding needs to come from an alternative source which could prove to be a challenge.

Also, the Central Asian gas is intended for a market that is rapidly transforming due to the energy transition. The EU is decarbonizing and focussing on sustainability which will eventually reduce demand for natural gas in the long-term. This affects the profitability of new large scale energy projects and reduces the likelihood of exports from Turkmenistan to Europe. Nevertheless, expect the leaders from Turkey, Azerbaijan, and Turkmenistan to use invigorating language in August to underline their intentions to become a major exporter to Europe. The coming two years will see whether such a deal can be struck for Central Asian gas to flow to an already saturated market.