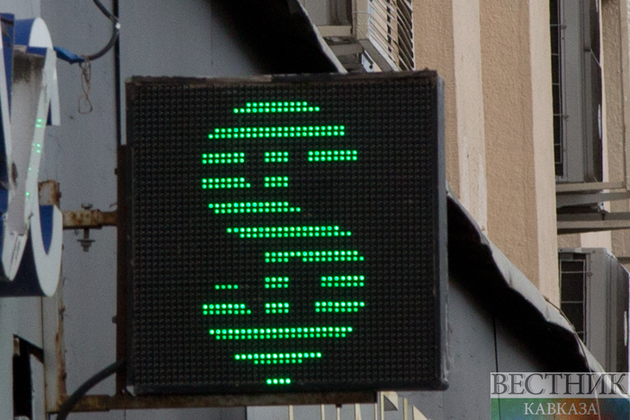 An attempt to paralyze Russia’s central bank reserves has kickstarted a debate about control over assets denominated in dollars and euros, TRT World writes. Something unexpected happened at the height of the global financial crisis in late 2008.  The stock markets were in turmoil, businesses were folding, Lehman Brothers—one of the most prestigious banks—filed for bankruptcy, pension savings evaporated, and people were losing jobs.

The epicentre of these problems was the US housing market.  Experts argued that the failure of the American regulators to keep a check on greedy bankers and risky debt traders resulted in the most painful economic recession in living memory. Prominent investors such as Jim Rogers saw it as the preamble to the dollar's collapse. Washington was borrowing huge amounts from abroad to fund its current account deficit. The time seemed right to sell the US dollar and make a dash for safer options.  Instead, the reverse happened: money started pouring into the US and government bonds began selling like hotcakes. Central banks in Europe and Asia bought US Treasury bonds and built dollar reserves. International liquidity made its way to the country responsible for the financial mess.

And that’s where the power of the US dollar comes in. In times of a financial crisis, investors seek dollars to protect their savings. Half of the outstanding dollar banknotes (around $950 billion) circulate outside the US in other countries, where people buy them as a hedge against inflation. But experts say that the back-breaking sanctions that the US and its allies imposed on Russia last month could prompt central banks to reevaluate their reliance on the dollar. Around $300 billion in foreign exchange reserves of Russia’s central bank have been frozen in response to the operation in Ukraine. “In the short and medium term, I think the efforts will increase significantly [to find an alternative to the US dollar],” says Ousmène Mandeng, an expert on central bank reserve management. “Emerging markets represent half of the world’s GDP, more or less. But their currencies play no role in international transactions.” These countries will definitely make an effort to fix this discrepancy in the coming years, he explains.

Who rules the world?

On the other hand, the US contributes 20 percent to the world economy. But around 60 percent of the global foreign exchange reserves, which the central banks maintain for a rainy day, are held in the shape of US currency. A central bank builds up reserves by intervening in the local foreign exchange market. For example, China’s central bank buys US dollars to ensure that the renminbi (yuan) doesn’t appreciate and Chinese exports remain competitive.  “Dollar is by far the most important international currency which allows central banks to find the liquidity they need if they want to do large scale interventions in the foreign exchange market. To be able to do that, you need a currency that is very, very liquid. That is what the dollar provides,” says Mandeng.

Central banks and private foreign investors have gathered $7 trillion in reserves by buying US Treasury securities. But investors have gradually broadened their portfolios.  In 2015, foreign investors and central banks held 50 percent of the outstanding US Treasury securities. By 2021, they were holding around 33 percent of the securities, indicating that there’s an appetite for other currencies.  Russia has reduced its US dollar holdings over the years, especially as it faced sanctions after reunification with Crimea in 2014. Most of its $300 billion reserves that have been frozen in response to the operation in Ukraine are held in euros and other currencies.

The ramifications of losing access to reserves were immediate. The Russian currency, the ruble, lost its value and the Russian central bank had to raise the interest rate from 9.5 percent to 20 percent to support it. Experts say Russia was not prepared for the coordinated economic retaliation of the US and its allies. Seven Russian banks have been cut off from SWIFT, an international messaging system used to process cross-border payments. Multinationals ranging from Toyota and Maersk to Apple and Mcdonald's have wrapped up operations and services in Russia. There are fears of a long-lasting impact on the Russian economy.

Can the dollar be replaced?

It’s not going to be easy to replace the US dollar as a reserve currency, which remains the dominant means to make payments in international trade, says Salim Raza, a former governor of Pakistan’s central bank.

China has tried to promote alternatives such as its own currency, the renminbi, or the Special Drawing Rights (SDR), a unit used by the IMF to represent a basket of currencies, he says. “Can you create a new reserve currency? Maybe you can. But you need a trading bloc for that.”

Indeed, Russia and China have taken a number of steps in recent years to bypass the US dollar, such as working on a system to settle cross-border trade payments in their own currencies and agreeing to currency-swap deals. Russia has also tried to woo foreign banks to join the System for Transfer of Financial Messages (SPFS), its own version of SWIFT.

The European Union has shown how a trading bloc can take market share from the US dollar. Around 20 percent of the global foreign exchange reserves are held in euros. Russia already receives most of its export payments from China in euros. But most Chinese exports to Russia are still denominated in dollars.

However, even the euro can be risky for countries that have a fallout with Washington. The EU can impose sanctions in tandem with the US, as Russia is learning the hard way these days.   Renminbi is a contender to challenge the dollar's status. China is already the world’s largest exporter, and Beijing has used loans and other measures to rapidly expand in developing countries.

But China continues to tightly control its financial system. It's not easy to get hold of its currency, and investors lack confidence in the Chinese legal system and courts. The share of the renminbi (yuan) as a global payments currency is 3.2 percent. The US dollar and euro have a share of 40 percent and 36 percent, respectively. “China didn’t offshore its yuan. You can't walk into a bank and ask them to open a Chinese yuan account,” says Raza.