Change of power is coming in Georgia? 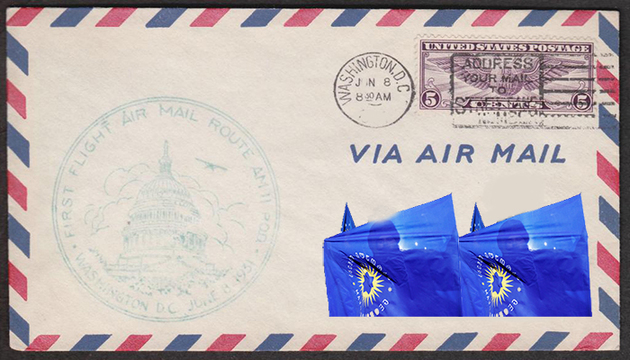 The change of power in Georgia after the autumn parliamentary election this year may seem predetermined. Not because the ruling Georgian Dream party has done such things that the native population is fed up with them. Over the past week, the Georgian government was severely criticized by U.S. congressmen in three letters. And as an exclamation point - Senior Director of the Penn Biden Center for Diplomacy and Global Engagement Michael Carpenter's demand to take criticism seriously and treat it with utmost importance.

Georgian Dream can pretend as much as it wants that nothing special has happened, that the opinion of a group of congressmen is not identical to the opinion of the United States - the main strategic partner, but in fact cannot but understand that the criticism received, in essence, means a requirement to share power. And Georgian Dream probably secretly there was no such situation or such a "strategic partner" at all. In any case, before the most important parliamentary elections, the results of which promise nothing good for the first time since the ruling party came to power.

What do Georgia's friends-congressmen concerned about its fate demand? They demand exactly the same thing as the Georgian opposition: holding the elections under a proportional voting system, without a majority component. All other reproaches are additional blows that the U.S. can increase if the Georgian authorities continue to harp on. These are the Anaklia deep-sea port project, the failure of which, in their opinion, leads ... to Russian President Vladimir Putin's increased influence in the entire region, the generally restored role of Russia in the region, a departure from democratic standards, an alleged pressure on American companies operating in Georgia, and other things, for which more than one regime paid the price, trying to assert its right to independence without American prompts and instructions.

By and large, none of the congressmen’s accusations is worth a damn. The port project seems unclear to the authorities - the consortium engaged in its implementation has never presented the government with evidence of its financial capabilities, while requiring state guarantees. The termination of the Frontera company, which had been unsuccessfully searching for oil and gas for almost 30 years, can hardly be called pressure on the Georgian authorities, because the company has entered a difficult period, arranging massive layoffs of employees late last year.

Departure from the pro-Western course - well, of course! Especially if there is an article in the Constitution about Tbilisi’s Euro-Atlantic aspirations, adopted, by the way, not during the reign of Mikheil Saakashvili and his United National Movement, striving for power, but namely after Georgian Dream came to power.

A Moscow bias? If the establishment of trade relations in the absence of political relations, on which, in fact, the West insisted, is a bias, then fine.

So, what's the problem? Why does Washington’s reaction to the answers of the Georgian authorities, or rather its specific circles, looks like these answers are not received, and they are forced to repeat their criticisms again and again in order to "reach out" to Tbilisi? It would probably be too naive to explain the situation as some GM members do - that all the criticism by the congressmen was organized by Mikheil Saakashvili. It is possible that he, with his broad connections and authority, is somehow involved. But this can't all be about him.

GD was never able to completely melt the ice of distrust from the very beginning of its rise to power. The U.S. 'guide to action': GM is Bidzina Ivanishvili - an oligarch who made a fortune in Russia, which means .... While Saakashvili was one of them for the Americans.

With the aggravation of relations with Turkey, the United States undoubtedly needs a faithful, absolutely loyal ally in the region. No one excludes that Washington-Ankara relations will eventually return to the previous course, but even in this case, the presence of a second or one more devoted partner won't hurt. Georgia is seen in this capacity, out of pro-Russian Armenia and equidistant from the political centers Azerbaijan. But according to Washington, something "strange" is happening there - once President Salome Zurabishvili suddenly says that foreign military bases are not needed, but then the authorities start to think about the profitability of the Anaklia deep sea port, which, as inadvertently or intentionally U.S. special envoy for Ukraine Kurt Walker announced while in Tbilisi, can be used by submarines. Naturally, it was much easier with the UNM, which snapped a salute while in power.

Well-known human rights activist Nana Kakabadze, commenting on the Tbilisi problems in an interview with the 'Georgia and world' internet edition, said that the country needs to get out of its colonial subordination to the West, which has put a brake on all areas. According to her, that's the reason why the political system is virtually paralyzed, it doesn't feel like there's rule of law. She recalls that the Constitution stipulates that Georgia is an independent legal state, which means that the country has the right to independently determine its path, its future. And the fact that the authorities are not able to arrange an ordinary ministerial briefing without coordinating it with the U.S. embassy is a political problem that should be solved, but it is doubtful that the authorities will be able to do this. According to Kakabadze, the thinking of society should completely change, since without it, some deputies and officials will replace others, without any qualitative changes, but in care of their well-being.

GD nevertheless pretends that nothing's wrong. Tbilisi Mayor Kakha Kaladze, referring to the ongoing domestic political crisis, said that the parliamentary elections will be held with a mixed-electoral system - the issue has been resolved and is not subject to review. Moreover, according to him, the electoral system should not be changed after 2020 as well to preserve Georgia's stability. Vice speaker of parliament Gia Volski, commenting on the critical letters from Washington, said that their authors are lobbying American interests, in particular, companies. GD MP Dmitry Khundadze promised that the party would respond to letters, as it always did, and it may happen that it's the authors who will have to apologize. But it looks like they are showing off.

GD cannot but understand that the congressmen's letters, 'aggravated' by Carpenter’s instructions to treat them with utmost importance, look like an ultimatum: do whatever you like, but fulfill the promise to hold the elections under a proportional system. That is, at least to share power with the opposition. Otherwise - do not be offended. There was even a hint of sanctions against Ivanishvili. And, it seems that tried-and-tested weapons - reminders of the horrors of the UNM and Saakashvili's rule may not be enough for Georgian Dream. But in general, there is no alternative — either GD or UNM — which has been split into several parties, but with the surviving core of Saakashvili’s loyal politicians. And the point is not the inadmissibility of the return of UNM to power due to some ideals, but the high probability of settling accounts, which does not promise progress to the state and society. But it is seen and heard in many statements by representatives of the former government. The transfer of power culture still has not developed in Georgia, as in most other former Soviet countries - each new power begins, if not with the destruction of some goals or achievements of the previous one, then with derogatory criticism or unnecessary and meaningless attempts to remake the previous power as it sees fit.

The ruling GD party, rather rigidly commenting on critical letters from Washington to an internal audience, formed a parliamentary delegation led by speaker Archil Talakvadze for a visit to the United States. Taking into account the ongoing tough domestic political crisis and the attitude of Washington circles towards it, the visit seems fatal and extremely difficult. Talakvadze and members of the delegation will have to convey "their truth" to the strategic partner. It's not an easy task.

US Assistant Secretary of State to visit South Caucasus

U.S. to build "defense facilities" in Georgia and Armenia?

Saakashvili asks U.S. to step In