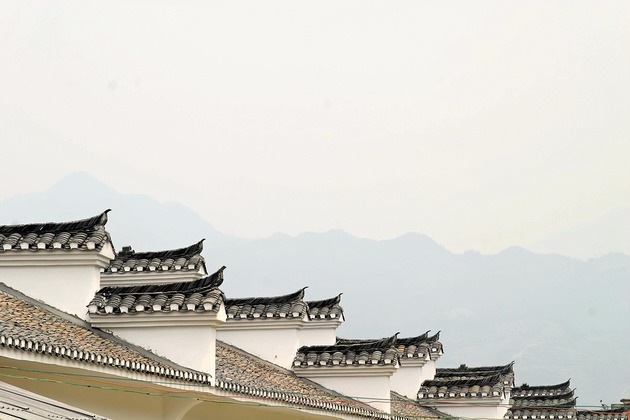 While the United States is adapting to the challenges of a multipolar world and a global geopolitical recalibration, the People’s Republic of China is employing its geo-economic tools to identify power vacuums in the international landscape and to fill the void of American leadership.

Foreign Policy Research Institute's web-site (FPRI) notes that the combination of former President Donald Trump’s inward-looking foreign policy and President Joseph Biden’s emphasis on the Indo-Pacific has created a power gap in the South Caucasus, which has given room to the Russian Federation and Turkey to chart their own courses in the political, economic, and military spheres and has provided space for China to move into the region. Beijing’s increased presence in the South Caucasus has implications for the growing strategic competition between China and the United States.

The recent escalation of conflict between Azerbaijan and Armenia in Nagorno-Karabakh and the armistice brokered by Moscow revealed the West’s waning influence in the South Caucasus. The visible absence of the United States in the peace process led to the fact that the parties began to form alternative political processes without the participation of the West.

The Kremlin has cemented its status as the primary security provider in the South Caucasus in the aftermath of the conflict flare-up over Nagorno-Karabakh. Russia’s status opened up the potential for like-minded regimes to move in and collaborate on projects of regional significance. Russia - along with Turkey and Iran - aims to gradually dislodge the United States and the European Union from the South Caucasus and to increase its regional influence. These conditions create favorable conditions for greater Chinese investments, so Moscow, in coordination with Ankara and Tehran, is seeking common ground with Beijing through infrastructure projects. Russia occupies a significant place in China’s efforts to create overland alternatives to the maritime route to Europe. Central Asia has become a significant area and the model of collaboration between Beijing and Moscow, with China focusing on commerce, trade, and infrastructure investments and Russia acting as the primary security guarantor. Both sides see great value in this cooperation as the most effective way to present a joint front against the United States and its democratic agenda. The division of responsibilities between Beijing and Moscow in Central Asia creates a model that could be replicated on a larger scale in the South Caucasus. Beijing’s economic cooperation with Tehran and Ankara, coupled with its long-standing strategic partnership with Moscow, gives it strategic leverage.

These developments have occurred amid China’s conclusion of a strategic partnership deal with Iran. While the agreement looks largely economic, promising to invest $400 billion over 25 years in airports, roads, railways, free trade zones, and telecommunications and information technology, the partnership creates opportunities for cooperation in military assistance, arms transfers, military training, joint exercises, and intelligence-sharing. Given Iran’s historical interest and influence in the Caucasus, the pact will allow Beijing to gain greater economic and strategic influence not only in the Middle East, but also in the South Caucasus region. In the same vein, Ankara’s yearning for deepening cooperation with Beijing, in light of its increasing estrangement from the West, contributes to Chinese expansion into the region. As China invests in Turkey’s ports, bridges, airports, highways, and railways, as well as in petrochemicals, energy, and mining, it is poised to integrate Turkey’s Middle Corridor (MC) railroad network linking China to Europe through Central Asia and the South Caucasus.

Spearheading efforts to increase strategic connectivity and trade turnover, Beijing has provided sizable funds for transit infrastructure, digital infrastructure, and other projects in Azerbaijan, Armenia, and Georgia. In parallel, China has been active in using its soft power tools to advance its interests. Since the early 2000s, China has funded, built, and promoted humanitarian, cultural, and educational centers.

In Azerbaijan, Beijing has provided substantial investment for transit, digital, natural resource, and non-oil sector projects. As China develops its overland trade route, it has invested in upgrading the port of Baku and the Baku-Tbilisi-Kars railroad. In parallel, Beijing signed an economic package worth $821 million with Baku to extend its reach to the non-oil sectors. The deal includes the development of chemical industrial parks, agricultural industrial parks, and greenhouse complexes. Moreover, with Chinese assistance, within the framework of Azerbaijan’s Digital Hub Initiative, an Asia-European telecommunication corridor will be established to complement the Digital Silk Road connecting Mumbai to Frankfurt via Azerbaijan.

The increase in Chinese investment comes amid the context of increasing trade with Azerbaijan. Azerbaijan is currently the largest trading partner of China out of the South Caucasus countries. While Azerbaijan’s total exports to China have decreased in 2020 (in line with an overall drop in exports), it still represents 3.1% ($432 million) of the country’s exports. Trade between Azerbaijan and China has varied greatly from year to year, but it has been trending upward. Exports to China reached a high of 3.8% ($752 million) in 2019 and has increased substantially since 2012 when exports to China were 0.8% ($183 million). Likewise, imports have followed a similar pattern, up from 6.6% ($631 million) in 2012 to 13.1% ($1.41 billion) in 2020.

Beijing has also cultivated collaboration with Baku in the military and defense fields. The two countries signed an agreement on mutual military aid and the purchase of Chinese arms, which lays the groundwork for deeper military cooperation.

China has also been active in expanding its digital footprint in Azerbaijan. In 2016, Huawei launched the “seeds for the future” program to train a new generation of Azeris in electronic engineering and IT studies in China. The following year, Huawei announced plans to establish a “smart city” and public wifi in Azerbaijan while reiterating its intentions about developing a 5G network. As China continues investing in geo-economic projects in Azerbaijan, its focus on digital infrastructure development, particularly the implementation of 5G technology, will grow considerably.

Although the Sino-Armenian relationship continues to improve, Beijing’s engagement with Yerevan—due to Armenia’s hostile relations with Azerbaijan and Turkey—has been relatively modest. In recent years, China has become Armenia’s second-largest trading partner. In addition to providing millions in economic assistance, China has donated transportation and logistical units to the country’s transportation and public health sectors.

Beijing also has expanded military cooperation with Yerevan. In the 1990s, China trained Armenian officers and supplied multi-launch rocket systems to Yerevan. Beijing not only provided sophisticated Chinese rockets to Yerevan in 2011, but also signed a military agreement intending to provide Armenia with ¥5 million in military aid each year. However, the post-war reality and the shift in the balance of power in the region have created new avenues and opportunities for both sides as well as for other regional powers to coordinate and to work on more projects. The North-South Corridor, a highway linking Iran to Georgian seaports on the Black Sea via Armenia; a railroad connecting Iran to Russia through Armenia and Georgia; and a transit link between Azerbaijan and Turkey via Armenia represent clear points of convergence for Beijing, Yerevan, Moscow, Ankara, and Tehran. Consequently, these undertakings can boost the integration of these transit routes into the BRI and deepen Chinese engagement and will increase China’s influence and role in the South Caucasus.

Beijing’s also implements technological, cultural, and other elements of soft power throughout Armenia. In 2008, China opened Confucius Institutes, followed by an art school in Yerevan, where students study Mandarin Chinese. Huawei signed an agreement with Yerevan to develop a “smart city” project while collaborating with VIVA-MTS, a Russian-owned telecommunications company, to jointly develop digital infrastructure. While China’s economic presence at this point in Armenia is relatively low, its engagement in digital infrastructure development processes is expected to grow substantially.

Considering Georgia’s increasing capacity as a transit country, China has provided substantial resources for the country’s strategic and infrastructure projects. Since the early 2000s, Beijing has invested considerably in Georgia’s hydropower plants, ground transportation networks, railroads, seaports, and free industrial zones. Chinese companies have also tapped into the hotel, shopping, and housing markets. Moreover, in May 2017, Beijing signed a free trade agreement with Tbilisi, making it the first and only country in the region to have such a deal. The agreement covers 17 components, including trade in goods, services, intellectual property rights, as well as e-commerce, market competition, and the environment. By having the free trade regime at its disposal, Beijing not only created practical tools for influencing Tbilisi, but also laid the groundwork for deeper engagement.

In the same vein, China opened a Confucius Institute in Georgia to enhance the country’s Chinese teaching and learning capability. The Chinese government claims that Mandarin is being offered in more than 26 higher education institutions in Georgia. Beijing provides scholarships to Georgian students to study in China and brings more than 20 language teachers every year to promote and popularize Chinese culture and language in Georgia. China also signed an agreement with the Georgian Ministry of Education offering Chinese language lessons to students at secondary schools.

Huawei has also considered developing a technology park in Georgia with the long-term intention of deploying 5G infrastructure. However, the United States and Georgia recently signed a memorandum of understanding on 5G security, which challenges Huawei’s expansion. It also demonstrated that Washington is growing concerned about Huawei’s expansion into the region’s technology sector and its commitment to play a more active role in assisting Georgia to develop and ultimately use 5G technology.

While Beijing’s investments in physical infrastructure provide China a foothold in the South Caucasus, its deployment of digital infrastructure could be a game changer as it will cement Chinse influence into regional structures to the extent that it will be almost impossible to stop or remove. Given the South Caucasus’ sensitive position in geopolitics, the deployment of 5G is increasingly intertwined with national security issues, strategic alignments, and ideological allegiances.The spread of digital infrastructure will become the key area of fierce competition between the United States and China. As the rivalry intensifies, the triad of the South Caucasus will be forced to pick and choose which source of modern technology to use. Despite Huawei’s efforts to make quick inroads and gain a significant advantage, the full-scale implementation of 5G in Armenia, Azerbaijan, and Georgia will be a more challenging and lengthy process as it will be shaped by external influences and the regional balance of power.

China’s potential alignment with Armenia, Azerbaijan, and Georgia on the one hand and Russia, Turkey, and Iran on other could help it build systems that underpin communications, finances, and government functions. The ongoing strategic approximation and growing dependence on Chinese digital and physical infrastructures create pathways for China and regional powerbrokers to influence or gain control over data, communications, energy, trade, and transportation networks of local actors.By relying on Chinese infrastructure, they are making themselves vulnerable and increasingly susceptible to debt traps, coercion, subversion, disruption, control, and attack. That is why accepting infrastructure investments from autocratic states carry risks and far-reaching consequences for Baku, Tbilisi, and Yerevan.

China’s growing geo-economic footprint in the region and the changing strategic attitudes will change the patterns of regional development and challenge the Western democratic model in Europe’s East. While Chinese engagement looks largely economic, it could turn political quickly. The loss of the South Caucasus could prove detrimental for the United States and its European allies as strategic competition between Beijing and Washington expands to regions like the South Caucasus.

The ‘Zangezur Corridor’ is a geo-economic revolution

Not all roads lead to Georgia