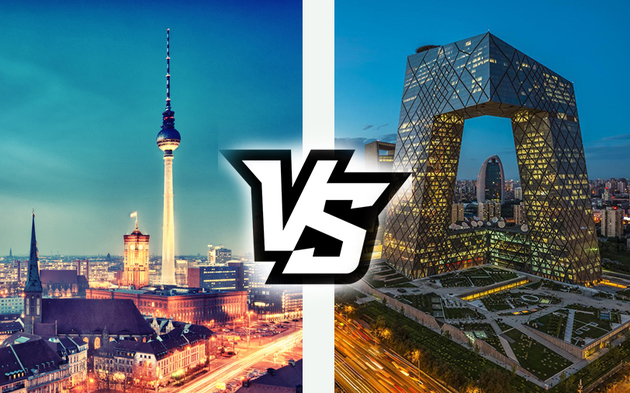 Deutsche Welle notes that Berbock’s rhetoric, also the Green Party co-chair, was tough. She said that authoritarian states like the Asian powerhouse should be reined in, that's why import curbs should be used as leverage at the European level, which would be a "big problem" for Beijing. Her comments signaled a policy change for the next German coalition, led by incoming Chancellor Olaf Scholz, which is expected to take office next week.

What did Baerbock say?

Baerbock argued that Germany's grievances with China should be clearly addressed. "Eloquent silence is not a form of diplomacy in the long run, even if it has been seen that way by some in recent years," she said in an apparent reference to Chancellor Angela Merkel's outgoing government. "For me, a value-based foreign policy is always an interplay of dialogue and toughness."

The incoming foreign minister said while dialogue is a central component of international politics, "that doesn't mean that you have to gloss over things or keep quiet." Her comment was a reference to numerous allegations of human rights abuses by China, including the internment of around 1 million Uighur Muslims in the northeastern Xinjiang region.Baerbock suggested that import curbs implemented by the European Union could be used as a tool to pressure Beijing, saying it would be "a big problem for an exporting country like China." "We Europeans should use this lever of the common [EU] internal market much more," Baerbock said.

What was China's response?

In a statement posted Friday, the Chinese Embassy in Beijing called for "individual German politicians" to "look at China and Sino-German relations objectively and holistically" and "devote their energy more to promoting practical cooperation between the two sides." "Our differences and divergences today are by no means greater than they were 50 years ago," the embassy said. "Compared to then, our areas of cooperation and overlapping interests are now significantly larger."

The Embassy called for "bridge builders instead of wall builders." It added that China was "ready to meet with the new German Federal Government, to develop our common interests on the basis of mutual respect, equality and mutual benefit, in order to put relations on a good and stable path." "Our relationships over the last half-century have shown that it is entirely possible to overcome ideological differences between countries, avoid zero-sum games and achieve win-win situations for mutual benefit," the embassy added.

What is the current state of German-Sino relations?

Merkel's administration has often been criticized for prioritizing Germany's strong business ties with China, while turning a blind eye to the Asian power's human rights record. The strategy has helped China become Germany's largest trading partner.The outgoing chancellor was also the driving force behind last year's EU investment deal with China, which is currently on hold due to tensions between Brussels and Beijing. Merkel has even warned against Europe "decoupling" from China.

In the face of increasing economic and military rivalry, the United States — under former President Donald Trump — launched a trade war with China. However, Germany remained on the sidelines. Germany's business community has hoped for decades that China would continue to open up to international firms. However, President Xi Jinping's policies appear to be moving the country in the opposite direction.

IMF: only developed economies to return to the pre-pandemic trend this year

Merkel’s legacy to play a role in future ties between China and Germany, EU