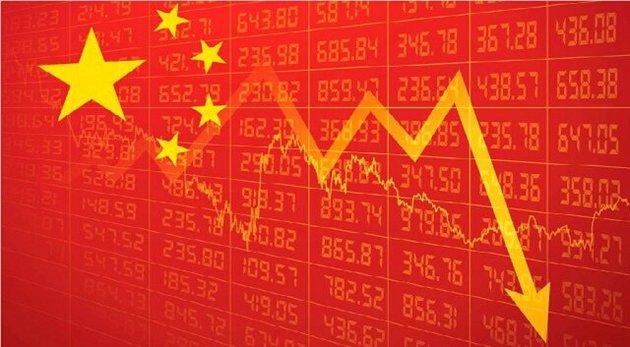 Chinese policymakers are readying measures to support an economy jolted by a coronavirus outbreak that is expected to have a devastating impact on first-quarter growth, policy sources said, Reuters writes in the article Exclusive: As virus fallout widens, China readies more measures to stabilize economy - sources. The sources said the government is debating whether to lower the planned 2020 economic growth target of around 6 percent, which many private sector economists see as well beyond China’s reach.

With the death toll from the virus epidemic climbing to over 420 and risks to growth mounting, China’s central bank is likely to lower its key lending rate - the loan prime rate (LPR) - on Feb. 20, and cut banks’ reserve requirement ratios (RRRs) in the coming weeks, said the sources who are involved in internal policy discussion.

The People’s Bank of China (PBOC) has already pumped in hundreds of billions of dollars into the financial system this week as it attempted to restore investor confidence and as global markets shuddered at the potentially damaging impact of the virus on world growth. In the past two days, the PBOC has injected 1.7 trillion yuan ($242.74 billion) through open market operations.

In order to minimize job losses, China’s stability-obsessed leaders are likely to sign-off on more spending, tax relief and subsidies for virus-hit sectors, alongside further monetary easing to spur bank lending and lower borrowing costs for businesses, according to the policy insiders.

“We have policy reserves and will step up policy support for the economy. The most urgent task is to put the virus outbreak under control,” said a source who advises the government, who spoke on condition of anonymity.

Support measures will be concentrated on the retail, catering, logistics, transportation and tourism sectors, which are likely to be hit hard and are especially vulnerable to job losses, they said.

Increased government spending could push up the annual budget deficit relative ratio to 3% this year from 2.8% in 2019, and local governments could be allowed to issue more debt to fund infrastructure projects, the policy insiders said.

Policymakers deem targeted measures as more effective than unfettered credit easing at this stage, given that the outbreak has weighed on factory and investment activities due to the extended holiday in some regions, the insiders said.

The Lunar New Year holiday has been effectively extended by 10 days in many parts of China including powerhouse regions such as Shandong province and the cities of Suzhou and Shanghai, while transport networks have been curtailed to curb the spread of the disease. More than 40 foreign airlines have suspended flights to China.

“It’s necessary to step up policy support for the economy but we don’t need to use strong stimulus at this stage,” said one of the policy insiders.

While Beijing has rolled out a series of support measures in the last two years, mainly in the form of higher infrastructure spending and tax cuts, leaders have pledged they will not embark on massive stimulus like that during the 2008-09 global crisis, which saddled the economy with a mountain of debt.

The PBOC has cut the RRR, or the amount of cash that banks must hold as reserves, eight times since early 2018, with the latest reduction taking effect on Jan. 6. It has also lowered its key lending rates modestly since August.

China’s economy grew 6% in the fourth quarter, bringing 2019 expansion to 6.1% in 2019, the weakest in nearly three decades as demand at home and abroad weakened in part due to the bitter Sino-U.S. trade war. Growth of about 5.6% this year is seen enough for meeting the long-term gross domestic product target.

This year is symbolically crucial for the ruling Communist Party to fulfill its goal of doubling GDP and incomes in the decade to 2020, turning China into a “moderately prosperous” nation.

Chinese leaders face a more challenging job than they did during the Severe Acute Respiratory Syndrome (SARS) outbreak in 2002-03, as the economy is now driven more by consumption and services, and growth has been on a downward trajectory.

The virus has killed 425 and infected 20,438 in China, most of them in central Hubei province, the epicenter of the outbreak.

“It’s hard to see a turning point in the outbreak. First-quarter GDP growth could dip below 5% and the impact may persist in the second quarter,” said Wang Jun, chief economist at Zhongyuan Bank.

Many private economists have lowered their growth outlook for China, with Louis Kuijs at Oxford Economics forecasting 5.4% growth in 2020, compared with 6% previously.

Tao Wang, China economist at UBS, predicted first-quarter growth could dip to 3.8%, and 5.4% for the whole year.

During the SARS outbreak, China’s growth slowed to 9.1% in the second quarter of 2003 from 11.1% in the first, before rebounding to 10% in June-September, bringing the full-year expansion to 10%.