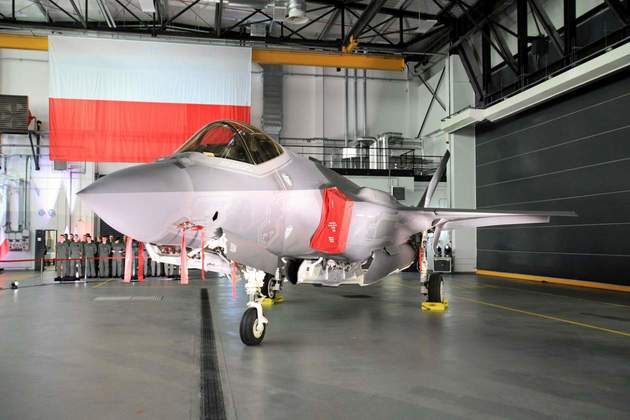 Turkish President Recep Erdogan, on his recently panned White House trip, faced bipartisan outrage from Congress. While Trump's blessing of Ankara's offensive into Syria has drawn condemnation aimed at his administration from both the president's fiercest critics and even his allies, this recent Turkish move is just one of many that signals how far Ankara has moved away from its traditional NATO allies.

The National Interest reports in its article Forget About the F-35: Could Turkey Quit NATO? that inside-the-beltway liberal multilateralists fear that President Trump will remove the United States from NATO. However, at this stage, it's a vastly better bet that Ankara will exit the 70-year-old alliance. That’s because, under Erdogan, the union has stopped serving Turkey's national interests. At the same time, geopolitical trends have indicated that Turkey has shifted from west to east. A country leaving the alliance would not be unprecedented, as Charles De Gaulle took France out of NATO in 1967.

The culmination point for Ankara in its relationship with NATO was the Turkish air force's 2015 shootdown of a Russian Sukhoi SU-24 fighter and the killing of a crewmember by aligned Turkmen militia members on the ground. At the time, concerned observers commented this could be a "1914" moment that would cause the Syrian conflict to evolve into a more massive war. However, when the U.S. refused to reinforce the Turkish narrative of the incident, Erdogan responded by apologizing and pledging to repair relations with Russia, which Moscow reciprocated.

Leaving NATO would allow Turkey to be strategically unrestrained by the United States and Europe. Erdogan would no longer be in the awkward geopolitical position of having to deal with Washington’s and Brussels’ outrage while belonging to organizations led by them. Ankara would also shed itself of an institution that has failed to serve its post-1989 interests. The move would free Turkey from having to meet any future commitments to the alliance and give it maximum strategic flexibility to leverage its influence in the Middle East, Central Asia, and even Africa while worrying less about western criticism.

Turkey would also be freer to foster its emerging partnership with Russia by channeling Moscow's technical assistance to its fledgling defense industry, allowing it to buy more Russian-made military equipment such as the S-400 air defense system. Turkey has found Russian defense suppliers more reliable, as they do not care about President Erdogan's human rights record. A Turkish diplomat has already told Defense News, "Our arms imports from those countries are limited. None has a monopoly on any system which we can easily procure from other suppliers. Non-Western suppliers are keen to replace Western manufacturers." On the commercial front, Ankara would be unrestrained to embrace China’s Belt and Road project.

The Erdogan regime currently stands out among other NATO states that embrace democracy and have an aversion to Russia. Freed from the alliance, the AKP Party's neo-Ottoman desires to achieve high power status once again for Turkey could be realized. Similarly, Turkey would be held less accountable for such controversies as to its long-standing policy of denying the Armenian genocide.

Despite President Trump’s assurances of a warm relationship with his Turkish counterpart, most of Washington feels differently. Trump ally Senator Lindsay Graham (R-SC) co-sponsored a bill backing economic sanctions on Ankara for its unilateral offensive against the Kurds. Doug Bandow of the non-interventionist CATO Institute notes, “The only serious potential security threat to Europe today is from Russia. Yet Turkey cannot be trusted to take NATO’s side in a conflict. Ankara’s foreign policy now diverges greatly from that of the Western states, and its relationship with Russia, including cooperation in Syria, would discourage it from challenging Moscow there or elsewhere.” While the Center for American Progress asks, “How much further will Turkey deteriorate and distance itself from the alliance’s norms? And should the Western bloc start planning for the worst-case scenario?”

The distance and deterioration have already begun. The Pentagon has kicked Ankara out of the F-35 Joint Strike Fighter program over its purchase of Russian S-400 batteries, while all but three members of the House recently voted to recognize the Armenian genocide.  (Congress in the past had been hesitant to recognize the World War I-era atrocities in order to avoid offending Turkey.)

In Erdogan's strategic designs, withdrawing from NATO would harken to Turkey's historical position as a balancer between east and west, allowing the country to gain from both.  Professor Christopher Coker of the London School of Economics comments, "Turkey is de westernizing, And that it is becoming a Middle East state proud of its Ottoman past like Hungary, it is well on the way to becoming an illiberal democracy with an Ethno nationalist base." This vision excludes NATO membership because it is a liberal western organization that promotes the collective defense of democracy. For the above reasons, an exit from NATO cannot be ruled out as an evolutionary next step for the new Turkey.