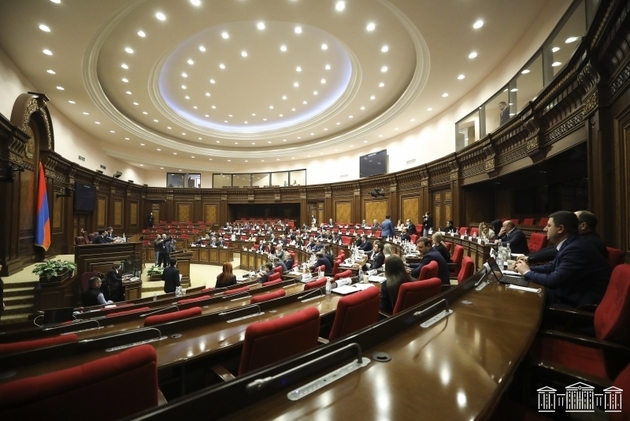 This week, the vice-speaker of the National Assembly (NA) Ruben Rubinyan, who participated in the meeting on the normalization of Armenian-Turkish relations on January 14 in Moscow caused a hail of criticism from the opposition factions of the Armenian parliament. The nationalists saw in the appointment of Rubenyan as a special representative from Armenia elements of the behind-the-scenes policy of Nikol Pashinyan's party, indirectly accusing the vice speaker, as well as the prime minister, of an anti-government conspiracy. Acting Speaker of the National Assembly Hakob Arshakyan, who was appointed during the absence of Alen Simonyan, was unable to hold the parliamentary session in a constructive manner, as a result of which it ended in a brawl.

Having cheerfully started 2022 with another round of populist appeals, the Armenian nationalist opposition is rapidly slipping into its usual rhetoric. Theruling party's opponents exist in the space of stereotypes and endless criticism, which contributes to the devaluation of the presence of the "Armenia" and "I Have Honor" factions within the walls of the National Assembly. This time, the parliamentarians didn't like the age of Ruben Rubinyan (30 years old), as well as the mechanism for his appointment, since it was not agreed with all parliamentary factions. Despite the fact that in the recent history of Armenia, since the collapse of the Soviet Union, the appointment of ministers, ambassadors and diplomats is the prerogative of the head of state, nationalists began to argue that Rubenyan could be an agent of Ankara's influence. The one mention of a neighboring country is enough for nationalists to start a noisy propaganda campaign, mixing everything in it, from personal accusations of treason to conspiracy theories.

The problem of the Armenian opposition lies in its lack of understanding of the principles of political struggle. Nationalists believe that it is enough to criticize the prime minister and his party for any reason for healthy parliamentary competition, thereby raising a wave of public irritation. The success of this or that accusation or criticism is of little importance, since nationalists adhere to the quantitative principle. The revenge-seekers don't understand that in order to create real opposition, their policy, rhetoric, as well as the principles of work and initiatives must be a positive alternative to the course of the country's leadership. It should open up an idea of ​​new opportunities in the Armenian public's minds. Instead, the populist rhetoric of the "Armenia", "I Have Honor" and other nationalist factions appeals not to reason, but to instincts, which they have been nurturing for years on the basis of fear and hatred for everything Turkish and Azerbaijani. That is why they don't talk about the positive prospects for the post-war future in the information space of Armenia.

The configuration of political forces makes it impossible to create a coherent coalition wing. The systemic wing's members represented by Prosperous Armenia Party's Gagik Tsarukyan and Bright Armenia's Edmon Marukyan prefer to stay in the background, preserving the financial resources of their parties, which will be useful in the next elections. The so-called street patriots of last year's "Movement to Save the Motherland" are duplicating the tactics that Nikol Pashinyan followed in 2018, without taking into account the conditions that allowed the current prime minister to come to power.

To the deep regret of the leaders of the street movement, there is no split among the ruling party. As for the "Armenia" and "I Have Honor" factions, their politics are largely supervised by deputies and leaders of the overthrown Republican Party of Armenia. The clan nature of communication between members of the political family of ex-presidents Kocharyan and Sargsyan doesn't provide for trust in constructive relationships. The opposition can't offer people any positive scenario that could become an alternative to the normalization of relations between Armenia and Azerbaijan.

Once Nikol Pashinyan himself tried to "privatize" the policy of Armenian separatism, saying in the summer of 2019: "Karabakh is Armenia. And that's it." During that period, the so-called true patriots were silent. In fact, Pashinyan and the eternally dissatisfied parliamentary opposition differ only in that the Prime Minister has the role of being a participant in the post-war settlement and should fulfill the agreements reached in November 2020.