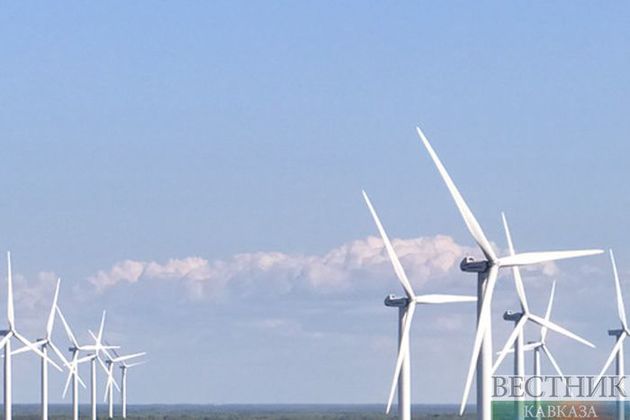 Most of the worlds continuous uninterruptable electricity generation is by coal, natural gas, hydropower, and nuclear. The primary usage of crude oil is for the manufacture of derivatives for thousands of products and fuels for transportation infrastructures. Tinkering with the supply chain of oil could impact the supply chain of thousands of products needed by current lifestyles and worldwide economies writes Ronald Stein, founder of California-based PTS Advance, for Eurasia Review .

Crude oil is seldom used to generate electricity. When oil is used, three technologies are used to convert crude oil into electricity:

1) Oil is burned to heat water to create steam to generate electricity.

2) Oil is burned under pressure to produce hot exhaust gases which spin a turbine to generate electricity.

3) Combined-cycle technology: Oil is first combusted in a combustion turbine, using the heated exhaust gases to generate electricity. After these exhaust gases are recovered, they heat water in a boiler, creating steam to drive a second turbine.

The primary usage of crude oil is for the manufacture of fuels for the many transportation infrastructures such as airlines, merchant ships, automobiles, trucks, military, the space program, and for the manufacturing of oil derivatives that are the basis of more than 6,000 products.

If America gets rid of Crude Oil, it will Eliminate the lubricants for Wind Turbines.The average wind farm contains roughly 150 turbines. Each wind turbine needs 80 gallons of oil as lubricant, which is a PAO (polyalphaolefin) synthetic oil based on approximately 12,000 gallons of crude oil. The oil for each turbine needs to be replaced once a year.

Gear oil is used in lubricating gearboxes. Improper or insufficient lubrication can lead to significant maintenance and operations cost or equipment downtime. It is estimated that 3,800+ turbines would be needed to power a city the size of New York. That’s over 304,000 gallons of refined oil for just one city.

Under the Biden climate plan, America will be discouraging U.S. energy independence, starting with suspending Federal Oil and Gas Permits, encouraging the shuttering, and halting of further fracking efforts in America, the cancellation of the Keystone XL pipeline, and banning importation of foreign crude oil.

Biden must be oblivious to the consequences of his plan as efforts to cease the use of oil could be the greatest threat to civilization, not climate change. Without any crude oil to manufacture, elimination of the supply chain to the 129 operating refineries in the U.S. would eliminate that manufacturing sector. Without that American refining sector, the demands for the fuels and products that are the basis of our lifestyles and economy would need to be met by foreign refiners exporting to the USA.

Refusal of crude oil will cause the domino effects in the medical, food supply, electronics, and communications industries as they are all totally dependent on the products made from oil derivatives manufactured from crude oil.

While renewables continue to underperform in the generation of electricity, crude oil that is seldom used for electricity, continues to be targeted for elimination along with coal and natural gas. But it is crude oil which provides societies and economies with the supply chain of manufactured fuels for the many transportation infrastructures, and the manufacturing of oil derivatives, that are the foundation of thousands of products that are the basis of lifestyles.

What is the grand total of yearly oil consumption from “clean” energy for every city across the nation? Not to mention the fact that the large equipment needed to build these wind farms run on petroleum.As well as the equipment required for installation, service, maintenance, and eventual removal. And just exactly how eco-friendly is wind energy anyway?

Each turbine requires a footprint of 1.5 acres, so a wind farm of 150 turbines needs 225 acres. To power a city, the size of NYC you’d need 57,000 acres; and who knows the astronomical amount of land you would need to power the entire US. All of which would have to be clear-cut land because trees create a barrier & turbulence that interferes with the 20 mph-sustained wind velocity necessary for the turbine to work properly (also keep in mind that not all states are suitable for such sustained winds)

Regarding blade disposal: the lifespan of a modern, top quality, highly efficient wind turbine is 20 years. After that, they cannot economically be reused, refurbished, reduced, repurposed, or recycled, so they are transported to special landfills.  And they are already running out of these special landfill spaces. Those blades are anywhere from 120 ft. to over 200 ft. long, with three per turbine. Since only 7% of the nation currently being supplied with wind energy, imagine if we had the other 93% of the nation on the wind grid; 20 years from now we’d have to assign many new landfills for those unusable blades. Then 20 years after that, and 20 years after that, and so on.

We also lose about 500,000 birds’ year from wind turbine blade collisions; most of which are endangered hawks, falcons, owls, geese, ducks, and eagles. Apparently smaller birds are more agile and able to dart and dodge out of the way of the spinning blades, whereas the larger soaring birds aren’t so lucky.

The wind turbine graveyard stretches a hundred meters from a bend in the North Platte River in Casper, Wyoming. California, Colorado, Kansas, and many other states are doing the same thing, as the fiberglass blades will never biodegradable. From September 2020 to March 2021, 1,000 blades were brought there.

These blades, which have reached the end of their 20-year working lives, come from three wind farms in the northwestern US state. Each will be cut into three pieces, then the pieces will be stacked and buried. Turbines from the first great 1990s wave of wind power are reaching the end of their life expectancy today. And disposing of them in an environmentally friendly way is a growing problem. This cost taxpayers $200,000 or more per unit, or 200 million total for the 1000 blades, to have them transported and decommissioned.