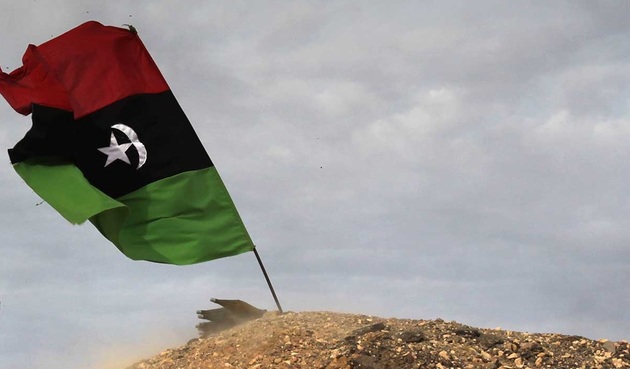 "We are declaring jihad and general mobilization. Men and women, officers and civilians will be provided with weapons," Field Marshal Khalifa Haftar of the Libyan National Army said in a televised address. The situation in the country has been unstable for many years: as a result of the civil war with the military support of NATO countries and their allies in 2011, the Socialist People's Libyan Arab Jamahiriya was abolished, Colonel Muammar Gaddafi was killed and the government was overthrown.

Five years later, commenting on the policy of Western countries on Libya, Russian Foreign Minister Sergey Lavrov said: "They violated the UN Security Council’s mandate that sealed the airspace to prevent air strikes – but they still bombed the country from the air and eventually brutally murdered Libyan President Muammar Gaddafi, no matter what sort of person he was. This was also a war crime. And now Libya is flooded with terrorists supplying militants, weapons all the way up to Mali, the Central African Republic and Chad.

Now Libya remains a hotbed of instability and a breeding ground for terrorism, there is no end to internecine armed strife there, while its economy and social sphere are degrading. Libya is divided between two centres of power: the Tripoli-based Government of National Accord (GNA) led by ‎Fayez al-Sarraj and the temporary parliament and government of Abdullah al-Thani, supported by the Libyan National Army (LNA), led by Khalifa Haftar, in the east of the country.

In December, the GNA requested Turkey's  air, ground, and naval military support to counter Haftar, and this year the Turkish parliament approved sending troops to Libya. But according to unconfirmed reports, at the first stage it won't be comprehensive support, just military specialists for training GNA fighters, as well as supply of Turkish-made weapons.

However, the Libyan parliament, based in the east of the country, has voted unanimously to cut relations with Ankara, supported the idea of empowering the General Staff of the Armed Forces to block airports, ports and checkpoints, while Prime Minister of Libya’s Interim Government based in the east of the country Abdullah al-Thani immediately called Russian Presidential Envoy for the Middle East and Africa and Deputy Foreign Minister Mikhail Bogdanov.

Moscow views the start of a political dialogue between the Libyan parties as the main condition for the cessation of hostilities without preconditions. The Russian Foreign Ministry has repeatedly called on the Libyans to cease hostilities, declare an unlimited ceasefire and start a dialogue aimed at working out the agreements. "Many agreements have been offered by various countries. They were either signed or reached verbally. There have been conferences in France and Italy and a meeting in the UAE. Now there is talk of a conference in Berlin. But all this will keep the situation suspended if the sides do not come to a very specific agreement on considering the interests of all political, clan and ethnic forces in Libya. Only the Libyans themselves can agree on overcoming the crisis into which they were plunged by a NATO aggression under the excuse of support for the Arab Spring," Sergei Lavrov repeated.

Saudi Arabia has already condemned the Turkish parliament for approving a bill to send troops to Libya. Riyadh fears that the escalation of the conflict will pose a threat to the regional security, as it will interfere in the country's internal affairs in violation of all relevant international agreements and principles. At the same time, the African Union urged to prevent external interference in Libyan affairs, and the Egyptian Naval Forces carried out military exercises in the Mediterranean Sea with the participation of a Mistral class helicopter carrier accompanied by units from the Special Submarine Forces and naval special forces. There are also unconfirmed reports about “masked armed people speaking Syrian Arabic” in Tripoli.

The situation has since continued to deteriorate further. Tonight, 23 to 28 students were killed in an air strike on a military military college in Tripoli. The GNA blamed the attack on the Libyan national army, because Haftar announced December 12 he ordered militants to launch a "decisive battle" to capture Tripoli.