Does the Armenian society need a new reality? 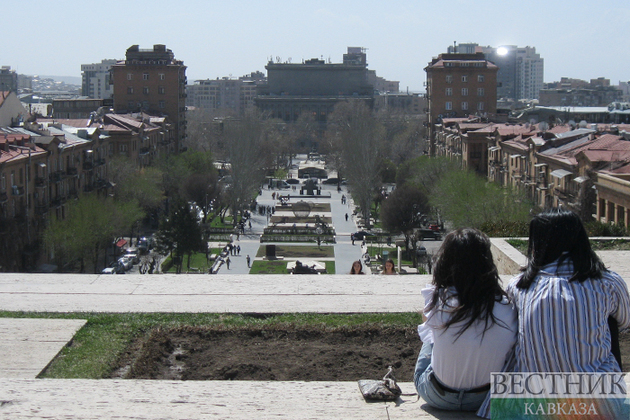 There is a growing awareness of the need to bring the country out of years of isolation in the Armenian society. But the question is whether the Armenian political elite is ready to let its citizens out of the grip of nationalism and revanchism.

The so-called "heroes of the Karabakh war" have no other way but to idealize their past. It is not worth expecting that the Armenian separatism's leaders - Robert Kocharyan and Serzh Sargsyan - will suddenly change their militant rhetoric, because their realization of their path's fallacy is tantamount to admitting guilt for crimes not only against Azerbaijan, but also against Armenia. For those who from year to year ensured the activities of the war party, the revival of the past in a different format will remain relevant, since the previous concepts, which allowed, for example, the Dashnaks and other revanchists, to find their place in the financial hierarchy of the nationalists, have proven their suitability, respectively, are not subject to revision.

After gaining independence, the post-Soviet Armenians found themselves caught in a nationalist whirlpool due to the lack of a tangible alternative. The oligarchic rule that has been established in the republic has depersonalized people, identifying them as a source of income. The separatists added to this the idea of ​​"centuries of enmity" with their neighbors. But the "people's" revolution of the current Prime Minister Pashinyan only superficially touched upon the previous ideological attitudes, turning some of them exclusively against his opponents, and simply appropriated the remaining theses. Only a crushing defeat in the war and close monitoring of the observance of the obligations assumed are forcing Armenian leadership to follow the path of common sense.

It is possible to speed up the process and thereby free society from the stereotypical understanding of the world order in the conditions of supranational integration within the South Caucasus. Within the framework of this integration, it is possible to influence the Armenian power's traditional structures. The army's value, the interests of individual businessmen who convert their finances into political dividends, will be devalued, since a common system of regional security will be created. It would be pointless to ensure transport, energy and food security by occupying foreign territories. When security issues take on a supranational character, the hostile perception of neighboring peoples will become inappropriate.

However, it is difficult to imagine that the influential Armenian oligarchy, busy only with personal enrichment, will voluntarily retreat from their interests. It is even more difficult to imagine that the elite, accustomed to clearing the entire "space" of Armenian politics around itself, will voluntarily agree to sacrifice its monopoly on power in favor of supranational structures, which will include not only politicians but also economists, industrialists, agrarians, lawyers, capable of forming modern legislation.

The new context brings the region back to the search for a reliable mediator ready to support the South Caucasus. A new understanding of reality is capable of freeing the Armenian society from the remnants of the past. It will be brought by forces that will support integration without prejudice to all its participants. This will be a turning point in the South Caucasian republics' fate, freeing them from confrontation and prompting world political centers to fight to oversee the integration process.

High level talks between Russia, Azerbaijan, Armenia to be held in late August

Mass media: Turkey and Armenia to meet on normalization of relations in September