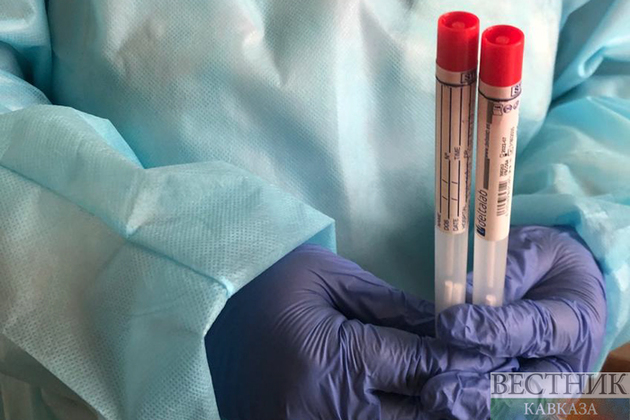 The novel coronavirus pandemic has claimed the lives of nearly 20,000 people. There’s no miracle cure for COVID-19, although several therapies have shown promises in limited studies and are now part of an extensive WHO megatrial, BRG writes in the article Coronavirus vaccine researchers just delivered some great news.

And there’s no vaccine either, although more than 20 of them are in the works. A vaccine is the only cure that can prevent COVID-19, and at least two of them are already in clinical trials — including one in the US right now. While health workers might get the vaccine as soon as this fall if all goes well, most people won’t be inoculated until around 18 months from now, at the soonest, which seems like a long time to wait. However, there’s more good news from researchers who are studying the virus. Unlike the flu, which needs a new vaccine every year, the SARS-CoV-2 vaccine might have long-lasting efficacy.

The flu vaccine offers limited protection because the various flu strains out there mutate at such a fast pace. That’s why you need one every year. If that were to happen with the SARS-CoV-2, then a vaccine would offer protection only for a limited time. We also don’t know the natural immunity the body obtains after fighting off COVD-19, or how long it lasts. But current data shows that a vaccine would have lasting effects, meaning that the chance of future outbreaks will be significantly reduced.

According to researchers from the Johns Hopkins University Applied Physics Laboratory who spoke with The Washington Post, the novel coronavirus isn’t mutating significantly. “That’s a relatively small number of mutations for having passed through a large number of people,” molecular geneticist Peter Thielen said. “At this point, the mutation rate of the virus would suggest that the vaccine developed for SARS-CoV-2 would be a single vaccine, rather than a new vaccine every year like the flu vaccine.” The vaccine would be similar to the measles or chickenpox vaccines, he said. “I would expect a vaccine for coronavirus would have a similar profile to those vaccines. It’s great news.”

Scientists looked at more than 1,000 samples of the virus and there were only about four to ten genetic differences between the strains that infected US citizens and the original virus that spread in Wuhan, China. Two other scientists who were part of the committee that named the virus, Stanley Perlman of the University of Iowa and Benjamin Neuman of Texas A&M University at Texarkana, also said that the virus appears stable when it comes to mutations. “Flu does have one trick up its sleeve that coronaviruses do not have — the flu virus genome is broken up into several segments, each of which codes for a gene. When two flu viruses are in the same cell, they can swap some segments, potentially creating a new combination instantly — this is how the H1N1 ‘swine’ flu originated,” Neuman said.

It’s not necessarily all good news, however.

Scientists from Iceland were able to track 40 mutations of coronavirus in their country alone, according to Dutch-language site Information. A probable scenario is that the virus develops to be more contagious but less dangerous for those affected, according to a virologist. The report notes that a single person in Iceland can be infected by two separate strains of the virus.

“We have found 40 island-specific virus mutations,” DeCode Genetics director Kári Stefánsson said. “We found a person who had a mixture of viruses. They had viruses from before and after the mutation, and the only infections traceable to that person are the mutated virus.” He continued, “We have the genes from more than 400 infections. The interesting thing about that sequencing is that we can track where the virus came from. Some came from Austria. There is another type, from people who were infected in Italy. And there is a third type of virus found in people infected in England. Seven people had attended a football match in England.” But even if the virus does have more mutations in the coming months and years, researchers are already looking at ways to track and deal with those genetic changes.

Geneticists from the Singapore Duke-NUS Medical School developed a technique that allows them to track genetic changes and evaluate vaccines faster than before. The school has partnered with American biotech firm Arcturus Therapeutics for vaccine trials, and the new tech could help them evaluate the proposed vaccine’s efficacy and side effects in just a few days, Reuters reports. They would otherwise need months to conduct tests based on human responses.

The researchers will test the vaccines on mice in a week before moving to human trials in the second half of the year.