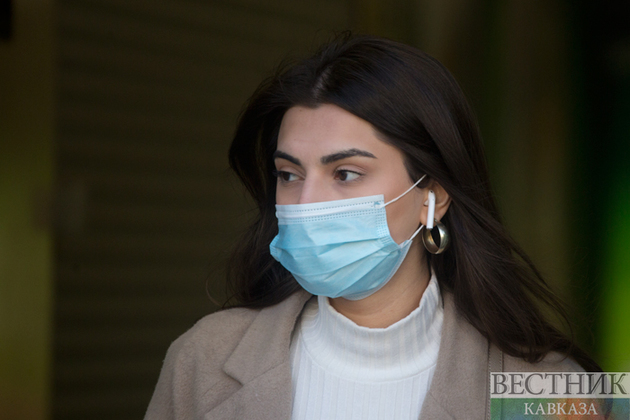 Countries across the continent weighing-up strong restrictions to stem rising infections. Analysis by the British government’s advisers found the second wave of Covid-19 may cost more lives than the first, The Week writes in the article  Where in Europe is heading for a second lockdown - and will the UK follow? The UK’s Covid cases per 100,000 over the past two weeks have risen to 415.6, according to the European Centre for Disease Control and Prevention (ECDC). The number of deaths per 100,000 over the same period currently sits at 3.2.

Germany’s Chancellor Angela Merkel is currently considering a “lockdown light”, which national newspaper Bild says could lead to the closure of bars, restaurants and public events. Merkel is concerned about rising case numbers, and is expected to “push for the measure in a meeting with regional leaders on Wednesday where additional curbs are likely to be decided on”, EuroNews says. Under the plans, schools and some shops would remain open, with restrictions mainly focused on the hospitality industry.

Some areas of the country, for example the Bavarian county Rottal-Inn, are set to enter a de-facto lockdown today after record case numbers. But the number of infections per 100,000 across the country is 144.3, far lower than in the UK, and deaths also remain low at 0.6 per 100,000.

France is also considering stricter regulations amid “soaring case numbers and hospitalisations”, Deutsche Welle reports. Interior minister Gerald Darmanin yesterday warned of “difficult decisions” to come, and President Emmanuel Macron will address the French public this evening in a speech expected “to tighten existing restrictions further”, the Financial Times says. The country yesterday reported 523 more coronavirus deaths, the highest daily figure since April. ECDC data shows French infections per 100,000 during the past two weeks outstrip the UK at 629.4. Deaths per 100,000 are also marginally higher at 3.3, despite two-thirds of the country being placed under curfew.

In Belgium, Europe's most serious outbreak may lead to tighter lockdown restrictions. In September, UK government ministers praised the country for implementing a curfew to bring cases down. However, infection rates have now hit a staggering 1,390.9 per 100,000, with deaths rising to 5.8, ECDC figures show.

Belgium’s federal government is expected to decide this weekend whether a second lockdown is required to stem the rising case numbers, after infections showed a “ten-fold increase from the high of a spring wave of the pandemic”, Reuters reports.

Hospitals are facing intensive care (ICU) bed shortages, while in Liege, Belgium’s third largest city, health workers have been asked to “continue working even if they test positive for Covid-19 - as long as they are not showing any symptoms of the disease”, CNN adds.

Spain has declared a nationwide state of emergency and imposed a night-time curfew after cases per 100,000 hit 446.0 over the past two weeks. The new measures announced closely resemble those in place in the UK, with a limit on public and private meetings of different households to a maximum of six people.

One of Europe’s worst hit nations during the first peak of the pandemic, Italy, has also reimposed lockdown measures. Its cumulative case numbers are also lower than the UK, with 303.5 infections per 100,000 and a death rate of 2.1.

But after being battered during the first wave, Italian officials were quick to introduce “strict quarantine restrictions in two northern hotspot regions close to Milan and Venice, in the Lombardy and Veneto regions”, the BBC reports.

Violence broke out following the announcement, with police using “teargas to disperse angry crowds in the northern cities of Turin and Milan”, The Guardian says. Crowds chanted “freedom, freedom, freedom” as they squared up to police, while “luxury goods shops... were ransacked”, the paper adds.

Health officials in the UK expect the death toll to reach 500 per day within weeks, with Dr Yvonne Doyle, the medical director of Public Health England, telling The Telegraph that “we continue to see the trend in deaths rising, and it is likely this will continue for some time”. Damming projections from the government’s scientific advisers mean that Downing Street is expecting the number of people in hospital with Covid-19 to more than double within weeks. Latest figures show that there are 9,199 people hospitalised with Covid-19 in the UK.

Professor Sir Mark Walport, a member of the Government's Scientific Advisory Group for Emergencies, today told BBC Radio 4’s Today programme that it is “not unrealistic” to think that there could be 25,000 people in hospitals by the end of November.

Walport added that in France, which has a similar population to the UK, roughly half of the country’s 2,500 ICU beds are currently occupied. The UK has 852 ICU beds across the country. And ministers have refused to rule out a second lockdown, most likely to be implemented as a two-week circuit breaker. Pushed on the possibility of national restrictions, Environment Secretary George Eustice this morning said: “We can never rule anything out but we think we have got the right approach for now.”

How much Mongolia depends on China