Europe's dilemma: to follow Asian 'exit strategies' or not? 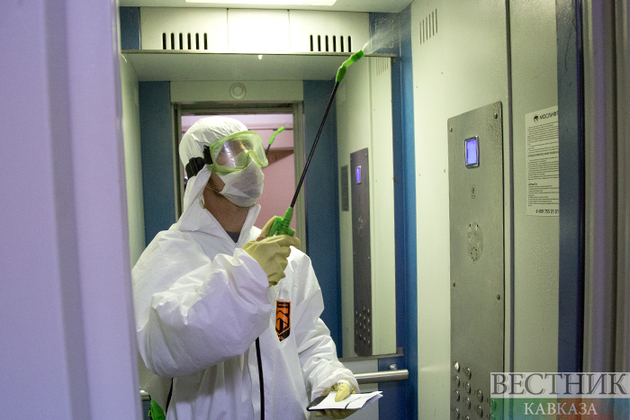 Several Asian countries have seen the coronavirus surge back after easing restrictions, despite their initial success in restraining the outbreak. As EU Observer writes, Ttis region has recently had more experiences with infectious diseases than Europe, which might be one of the reasons why some of these countries seem to have the coronavirus outbreak under control.

Given that countries, such as South Korea or Taiwan, were seen as examples of how to handle the Covid-19 pandemic, their 'exit strategies' might also help European countries to ease restrictions.

Taiwan, with a population of about 23.8 million people, has been reporting just one to six new coronavirus cases per day.

While last week the island's authorities reported no coronavirus cases, restrictions have not been lifted - such as compulsory 14-day quarantines for all arrivals into the island, social distancing, limited indoor events and daily check on scholars for signs of fever.

According to Taiwan's vice-president and epidemiologist Chen Chien-jen, the best 'exit strategy' is to develop rapid diagnostics and anti-virals to treat milder cases, and protect close contacts from infections.

"In one or one-and-a-half years we may have the vaccine. Before that, we need to keep social distancing [while] living in a self-limited way but still semi-normally," he told in an interview with British media.

Additionally, Chien-jen warned that "all nations have to share data and make their outbreak status transparent" in order to coordinate international travelling.

South Korea, Hong Kong and Singapore initially managed to flatten their curves thanks to aggressive testing, targeting clusters and social distancing - but these countries have also imposed more restrictive measures from mid-March.

First South Korea, then Hong Kong and finally Singapore - with their 'circuit breaker' measures imposed on April 7 - all banned small gatherings and closed businesses to slow the spread of the virus.

According to Gabriel Leung, an infectious disease epidemiologist, Hong Kong's long-term strategy will be based on "suppression and lift" cycles during which restrictions are applied and relaxed.

So what does the EU copy?

Last week, the European Commission rolled out guidelines for member states on how to ease their lockdown measures while restarting the economy.

The commission set out three conditions, which are similar to the epidemiological advice of the World Health Organization: the disease must significantly decrease and stabilise for a sustained time, there should be sufficient health system capacity and large-scale testing must be put in place (including asymptomatic people).

The fear is that allthough around 50 percent of the global burden of Covid-19 pandemic is currently in Europe, member states are starting to loosen restrictions without having a 'concrete' example to learn from.

China made significant reductions in policy strictness, but people are still obliged to wear face masks, being massively tested and strictly-placed under quarantine - some even had magnetic strips and alarms installed on their doors.

Meanwhile, another aspect that Europe should look at is how tracing app has worked so far in these Asian countries - as part of their 'exit strategies'.

While only a few countries, such as South Korea and Israel, use people's location data for contact tracing apps, governments across Europe, Latin America, Australia and Asia are calling for a less intrusive approach based on bluetooth connections.

However, this approach would require the majority of the population in a geographic to use such application to ensure its effectiveness.

In Singapore, where the first of these apps was launched and trust in the government is relatively high, only about one-in-five people have downloaded the tracing app TraceTogether.

On Tuesday, Singapore's prime minister Lee Hsien Loong announced new measures to stop the spread of the virus, saying that the country will need "everyone's cooperation to install and use" these apps - although he did clarify if their use would be mandatory, Reuters reported.