Exemplary relations between Muslims and Jews 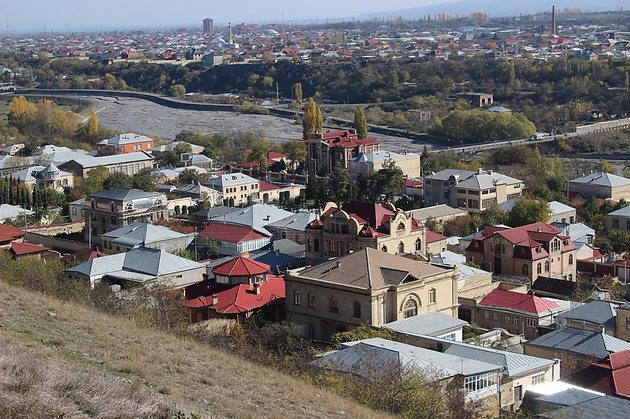 The geographical position of Azerbaijan and ethnic structure of its population have created vital conditions for peaceful coexistence among different religions on the country’s territory. Throughout history Zoroastrianism, Judaism, Christianity, Islam and other religions had a mutual impact on the culture of Azerbaijan and on one another.

The relations between Azerbaijan and Israel are at an excellent level and traditionally extend far beyond diplomacy and trade, The Jerusalem Post writes in the article  The light in the world of darkness. The history of the Jews in Azerbaijan goes back to the days of antiquity, presumably to the times of Assyrian kings in the seventh century BCE. Therefore, it becomes relevant to claim that the Jewish Diaspora in Azerbaijan is among the first in the world. Initially, due to settling in the mountainous regions of Azerbaijan, Jewish groups were named Mountain Jews, nowadays in the Quba region of Azerbaijan. There is a place called Red Town or Qirmizi Qesebe, which is the largest Mountain Jewish settlement in the former Soviet Union and the only Jewish settlement outside of Israel and the United States.

Mountain Jews have managed to maintain their own culture and lifestyle across the centuries; and there are hundreds of well-known politicians, businessmen, scientists and other notable figures from that community now living and working in Russia, Israel, USA, Germany, the United Kingdom and Azerbaijan. Nevertheless, Mountain Jews in Israel actively support ties with Azerbaijan, celebrate its holidays and mourn its tragic days. For example, there is Mountain Jews Heritage Center called House of Azerbaijan and established in Acre that hosted a memorial event dedicated to Azerbaijanis, victims of genocide in Khojaly in 1992.

Jewish politicians have actively participated in the political and social life of the Azerbaijani Democratic Republic (ADR) which proclaimed its independence in 1918, including members of ADR’s Parliament Moisey Gukhman, Konstantin Lisgar, who became minister for food provisions, and Dr. Yevsei Gindes, who was minister of health. Also, hundreds of thousands of Jewish families found a shelter in Azerbaijan during WWII. Approximately 200,000 Jews who were evacuated from other Soviet republics with the aim to rescue them from the Holocaust settled in Azerbaijani SSR. All of these symbolize trust that turned into a respectful coexistence and collaboration between Muslims and Jews.

Azerbaijanis are proud of their many Jewish fellow countrymen who brought fame and honor to their homeland. Among them was the Baku-born Jewish physicist Lev Landau, who was awarded the Nobel Prize in 1962 for his pioneering theories in condensed matter, especially liquid helium.Another proud Azerbaijani with Jewish roots is the national hero of Azerbaijan Albert Agarunov, who died defending Azerbaijan’s territorial integrity from Armenian aggression after the collapse of the USSR in 1991. In 1992, when the Karabakh war started, he voluntarily went to the front line. Agarunov, who was appointed tank commander, fought in various directions in Nagorno-Karabakh and destroyed a lot of enemy manpower and equipment. Agarunov was buried at the Alley of Martyrs in Baku’s Highland Park. Azerbaijan honored the memory of its hero a by unveiling a monument created in his honor and installed in the street named after him.

Another reflection of peaceful and respectful Muslim-Jewish coexistence is that there has not been a single case of antisemitism registered in Azerbaijan, in contrast to many other states, including neighboring mono-ethnic Armenia. On the contrary, today, Azerbaijan with a Muslim majority is home to a Jewish community and eight synagogues. Recently, the Heydar Aliyev Foundation, which is based in the capital city of Baku, restored the centuries-old Jewish cemetery in the Mudji village of Ismailia. Also, the holy Torah was translated into the Azerbaijani language for the first time by the Institute of Oriental Studies of the Azerbaijan National Academy of Sciences.

The growth of tolerance for Jews in Azerbaijani society is a reflection of the current government’s policy. Such results may be achieved when the government prefers peace, tolerance, mutual respect and understanding over war, oppression, extremism and incitement. The continuing tolerance policy in modern Azerbaijan belongs to the national leader of Azerbaijan, Heydar Aliyev, who outlined the idea of equality of the national, ethnic, religious and social rights of all peoples who consider Azerbaijan as their homeland.Against a background of increasing religious and national hatred in the world, the perception of Islam in Azerbaijan remains as a religion close to Judaism, as both are part of the Abrahamic family of religions. From this perspective, it is relevant to suppose that the friendly relations between Azerbaijan and Israel are a light in the world of darkness and carry an important message to humanity. This is an example of how true Muslim-Jewish relations should be.Therefore, security for Jews is not of concern of the Jewish community in Azerbaijan. Jewish communities participate, lead and contribute to the multinational Azerbaijani society in the most productive way. Muslims and Jews and are friends in Azerbaijan and celebrate each other’s holidays and cultural experiences.

Istanbul-based rabbi behind the evacuation of Afghanistan's 'last Jew'