Experts expect tensions to ease between Tehran and Baku 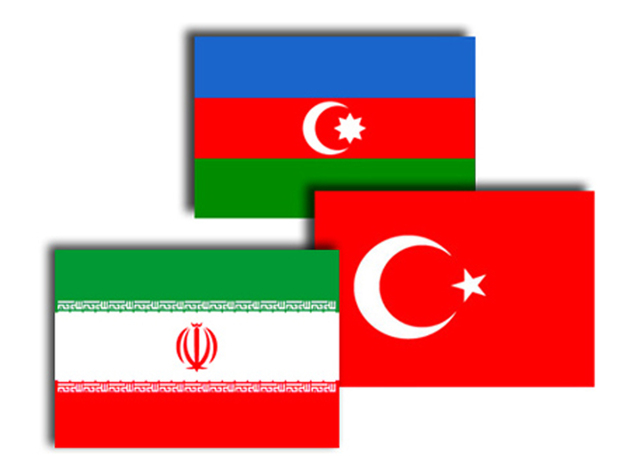 Iran has recently sent military units to its border with Azerbaijan after Baku reclaimed most of its occupied territories in the disputed region of Nagorno Karabakh, defeating Armenia with the help of Turkey’s drones. Tehran has quietly supported Armenia, a Christian-majority country, in the conflict.  Azerbaijan also disrupted Tehran’s transportation in the Karabakh region, which is a crucial supply route connecting Iran with West Asia, imposing customs on it. That further sparked Iran’s anger as Turkey, Azerbaijan and Pakistan conducted trilateral military drills across Caucasia last month.

But Turkey, with its newly-started joint drills with Azerbaijan, has indicated that Ankara fully supports Baku against Yerevan and will not allow Tehran to bully its Turkic neighbour, according to experts.  “It could be indeed that Turkey’s and Azerbaijan’s current military drills in Nakhchivan (an Azerbaijani territory neighbouring Turkey) are ratcheting up that tension with Tehran,” says Matthew Bryza, the former US ambassador to Azerbaijan and a senior fellow at the Atlantic Council. While Turkey-Azerbaijan military maneuvers escalate tensions, it might also mean to send a political message to Yerevan, according to the former diplomat. “Turkey and Azerbaijan might also be sending a signal to Yerevan that it’s time to have serious discussions about defining or demarcating the international border between Azerbaijan and Armenia,” he says.

Demarcating the international border between Baku and Yerevan is crucial to reopen transportation links between Azerbaijan and Turkey and also among other regional states. “It’s clear that Turkey and Azerbaijan are eager to move that process forward,” Bryza says.  But primarily defining borders regarding the Karabakh region is also important to make trade routes available between Baku and Yerevan and also Turkey and Armenia, ensuring economic growth and investment across the region, according to the former diplomat.

There is a strategic route, which lies across what Azerbaijanis called Zangezur corridor, connecting Azerbaijan's main territory with Turkey through Armenia and the Nakhchivan province, where the current joint drills of Ankara and Baku are also being conducted.  That route is not operational yet. Opening the crucial route through the Zangezur corridor between Turkey and Azerbaijan, following Azerbaijan’s Karabakh victory, concerns Iran much, says Otabek Omonkulov, an Uzbek academic, who is an expert on Central Asia politics.  “Iran considers Turkey's land connection with Azerbaijan and its opening to Central Asia via Azerbaijan as a threat to its national unity and territorial integrity,” Omonkulov tells TRT World.

Iran's supreme leader Ali Khamenei, whose father was an ethnic Azerbaijani, defended Tehran's military exercises on the country's border with Azerbaijan.  While emotions are high, they have usually “died down” in the past, Bryza says.  But he also adds that the situation is not so predictable. Turkey’s increasing political role in the region is another thing Iran finds difficult to accept. Iran’s regional isolation also angers Tehran much,” says с, an Azerbaijani expert and professor of international relations at Ege University.  “Increasing strategic cooperation between Azerbaijan and Turkey particularly makes Iran feel lonely in the region,” Ibrahimov tells TRT World. But the Azerbaijani professor also thinks that recent tensions will deescalate at some point.

While Iran feels alone and angry, it’s also aware of the fact that neither Azerbaijani nor Turkish leadership has ever attempted to interfere with Tehran's internal issues like its large Azeri population’s aspirations, according to Ibrahimov.  “Both Azerbaijan and Turkey have never provoked Iranian Azerbaijanis on any political grounds. Iran respects both Ankara’s and Baku’s careful act regarding Iranian Azerbaijanis,” the professor says.

Bryza also thinks that Iranian foreign minister’s visit to Moscow is probably related to recents tensions between Tehran and Baku. “It’s clear that Iran, Russia and Turkey have a plan to try to work together to open up transport links” across all directions between Azerbaijan and Armenia as well as other involving powers like Russia, Turkey, Iran and Georgia, he says.  “The foreign ministry didn't mention it, but I believe that there is a connection, Iran can not lose its access to West Asia, and to keep it, it will need some regional negotiations. One of them, of course, should be with Russia,” Karimkhan sees.

Ibrahimov also thinks that Russia, Iran, Turkey and Azerbaijan will find a way to address their own differences. “They will reach an agreement,” he says.

Iran and Azerbaijan to be connected by bridge across Astarachay