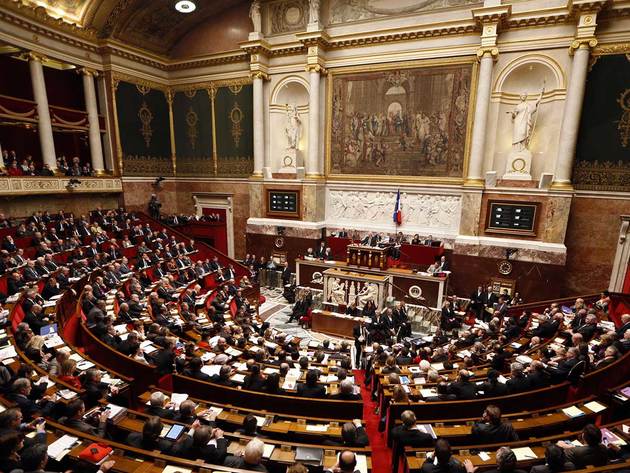 As it is known on November 18, 2020, a group of senators influenced by members of the Armenian diaspora presented a draft resolution No 145 “On the need to recognize the “Nagorno-Karabakh Republic” – that is internationally recognized as an integral part of the Republic of Azerbaijan – to the French Senate. This draft resolution was discussed and adopted by the French Senate on November 25, 2020.

Dr. Vali Allahverdi Huseynov, Theoretical Particle Physicist Corresponding member of Azerbaijan National Academy of Sciences, Doctor of physical and mathematical sciences, University Professor in Baku, Republic of Azerbaijan, writes in the article Nagorno-Karabakh: The Question Of Justice, National Pride Of Azerbaijan And International Law – OpEd for Eurasiareview that the indicated resolution was received in the entire world, especially, in the Republic of Azerbaijan with great objections and disappointment.  The Milli Majlis (the National Assembly) of the Republic of Azerbaijan immediately made its protesting statement in connection with the above-mentioned resolution, evaluating it as a decision that has not any international juridical power of action and indicated that this is an instigation of certain Turko-phobic and Islamophobic political circles as well as Armenian ethnic groups concentrated in France.

France is one of the three countries (the US, Russia, France) that co-chair the Minsk Group of the OSCE and each one of these three co-chairs has the same rights and the same mandate. These co-chairs are simply mediators. If the country performs the role of a mediator, it is to be neutral. If the country cannot keep its neutrality, in that case, it can not be a mediator at all. Otherwise, it contradicts international laws and justice. Adoption of this resolution by the French Senate indicates that France cannot keep its neutrality and, thus, it cannot be a mediator in such affairs. This step made by the French Senate is an obvious testimony that France as a member of the Minsk Group has only defended the position and interests of Armenia and Armenians. It would be fair in parallel to defend the territorial integrity of the Republic of Azerbaijan and the human rights of about one million Azerbaijani refugees forcefully deported from their historical and ethnic lands in present-day Armenia, from the seven occupied districts and Nagorno-Karabakh of the Republic of Azerbaijan. This action made by the French Senate as a member country of the Minsk Group casts a shadow on US’ and Russia’s positive activities in the field of regulating the Armenia-Azerbaijan Nagorno-Karabakh conflict within the Minsk Group of the OSCE. As co-chair of the Minsk Group, France is a permanent member of the UN Security Council.

The UN Security Council with the participation and voting of the member countries including France adopted four resolutions demanding complete and unconditional withdrawal of Armenian troops from Azerbaijani territories. It turns out that France does not respect the resolutions of the UN Security Council and the fundamental principles developed by the OSCE. At the same time

France was not interested in fair regulation of the indicated conflict, it only and fully supported Armenia and Armenians and was against the fair and positive solution of the fate of the Azerbaijani refugees and the occupied territories of the Republic of Azerbaijan. If the French Senate respected the international laws, the territorial integrity of the Republic of Azerbaijan and the human rights of tens of millions of Azerbaijanis, it would not accept such a foolish and tendentious resolution.

The natural question arises: why did the French Senate adopt such a resolution by the end of the war between Armenia and Azerbaijan? One of the possible and real answers to this question is the following: the group of French senators influenced by the Armenian diaspora in France had sufficiently supported Armenia, Armenian legal and illegal armed forces in the last war initiated by Armenia against the Republic of Azerbaijan and they hoped and dreamed very much in the victory of Armenia in this war. When the Armenian armed forces met with a rebuff, the French Senate decided to adopt this resolution.

Another interesting question is naturally raised. Why has the French Senate adopted the resolution on recognizing the Nagorno-Karabakh separatist regime whereas so far, the Republic of Armenia itself has not recognized such a puppet instrument and separatist regime? Or why does not the resolution of the French Senate contain any information on the forceful deportation of hundreds of thousands of Azerbaijani refugees from their native lands during the historical events in 1905-1906, 1918-1920, 1948-1953, 1987-1989, 1992-1994 and about the Azerbaijani territories occupied by Armenia? There are a lot of questions. Of course, it is not easy to answer such kind of questions. However, the state and government of Azerbaijan and Azerbaijani people have tried to solve the Armenia – Azerbaijan Nagorno-Karabakh conflict by peaceful means for about thirty years and were against any possible war.

In fact, Azerbaijan was restoring its territorial integrity and fighting on its territory. The world community and all countries know that the Republic of Azerbaijan is not an aggressor and it has not attacked Armenia. Azerbaijan did not allow the internationalization of the military operations. However, Armenia has made a lot of attempts to involve other countries to the military operations and to bomb the Baku-Tbilisi-Ceyhan oil pipeline, the Mingachevir Hydroelectric Power Station and other strategic objects that are a long way from the battlefields.

On November 10th, 2020, the trilateral statement on putting an end to the Armenia-Azerbaijan Nagorno-Karabakh conflict was signed by the presidents of Azerbaijan, Russia, and the prime minister of Armenia. This statement also brought to an end the occupation of the territories of the Republic of Azerbaijan and opened a new chapter of prosperity for the South Caucasus region.

It should be also noted that accusations against the Republic of Turkey in the resolution of the French Senate are not justified. First of all, Turkey is the only country that shares borders with three Caucasian countries. Therefore, Turkey is one of the guarantors of peace in this region. In connection to this, the President of the Republic of Azerbaijan Mr. Ilham Aliyev stated: “President of Turkey made a very clear statement that Turkey stands side by side with Azerbaijan. That was a very important sign of political and moral support, and I many times referred to the fact that this is only political and moral support, but it was sufficient. …. Turkey is a brotherly country, our closest ally and friend.”

The President of the Republic of Azerbaijan Mr. Ilham Aliyev has always observed and respected all international laws, the resolutions of the UN Security Council, fundamental principles developed by the OSCE and ceasefire. However, Armenia never planned nor intended to withdraw its troops from the occupied territories. Instead of fulfilling the UN Security Council Resolutions, fundamental principles developed by the Minsk Group of OSCE on the Armenia-Azerbaijan Nagorno-Karabakh conflict, Armenia was just lying to Azerbaijan and the OSCE by investing so much in the fortifications and militarization of the occupied territories. It means that Armenia has never intended to liberate the occupied territories of Azerbaijan.

Ilham Aliyev to France 24: We are ready to start working on the future peace agreement between Azerbaijan and Armenia