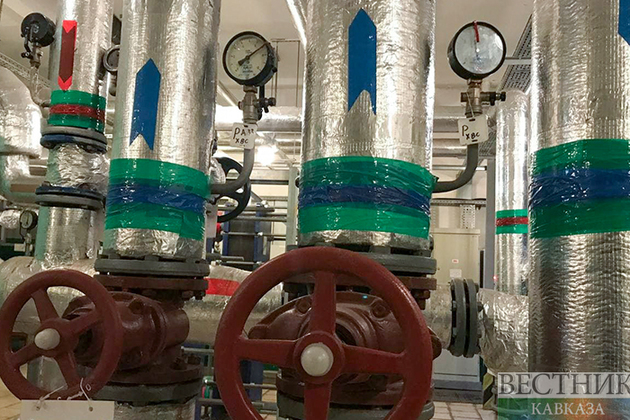 Hungary announced Wednesday that it is willing to pay roubles in exchange for Russian gas. This broke with the European Union, which had sought to unite against Moscow's demand for currency payments, EuReporter informs.

As a retaliation for Western sanctions against Moscow's operation in Ukraine, Vladimir Putin, Russian President, has warned Europe that gas supplies could be cut if it doesn't pay in roubles. The European Commission stated that contracts that require payment in dollars or euros should be paid at the end of each week.

Peter Szijjarto, Hungary's Foreign Minister, stated earlier that the EU had "no part" in Russia's gas supply agreement. This was based upon a bilateral contract between units from Gazprom and Hungarian state-owned MVM. A spokesperson for the European Commission stated that they do not comment on declarations made by national authorities.

Hungary was one of the few EU members that rejected energy sanctions against Moscow as a response to the operation.  Orban, whose government had maintained close business relations to Moscow for more than a decade, was elected to power for a fourth term. This was partly due to Orban's pledge to ensure the safety of gas supply to Hungarian households.

Although Putin's request has caused a stir in many capitals across Europe, the governments of these countries, which rely on Russia for over a third of their gas needs, are now discussing the matter with energy companies.

Monday's statement by Slovakia indicated that it would act in concert with the EU. Meanwhile, PGNiG, Poland's dominant gas company, maintained that the original Gazprom contract, which expires at year's end, is binding for both of them.

OMV in Austria (OMVV.VI.) and Gazprom in Russia (GAZP.MM.) have made initial contact regarding gas payments in roubles. The government in Vienna stated that there is no currency for payment other than dollars or euros.

The Ukrainian foreign minister insists that an embargo on Russian oil and gas is necessary, but the European Union has not yet done so. However, it is preparing to ban coal imports and other product

According to data and shipping sources, European buyers are increasing coal shipments from around the world against the backdrop of a proposed EU ban of Russian imports and the rush to alleviate tight gas supplies.

Hungary's Szijjarto stated that the European Commission's intention to "have a common response from countries importing Russian gaz" was not necessary. He also said that bilateral agreements had been signed by each nation. "And... No one can have a say in how our contract is modified."

Hungary is heavily dependent on Russian gas and oil imports. Last year, a new long-term supply agreement was signed under which Gazprom will ship 4.5 billion cubic meters of gas each year.

Putin and his Serbian counterpart Aleksandar Vucic have been discussing expanding Moscow's economic cooperation. Serbia's contract with Russian gas runs out on May 31. Vucic's office stated that talks about a new contract should be started as soon as possible.

Latvia's third largest gas trader, Gazprom, stated it is considering whether it should pay for Russian gas in euros or rubles. However, a spokesman for the Latvian foreign ministry said that Latvia does not support paying in rubles and there must be an EU-wide approach.

Lithuania declared that it would no longer import Russian gas for its domestic consumption, becoming the first European country to declare its independence from Russian gas.