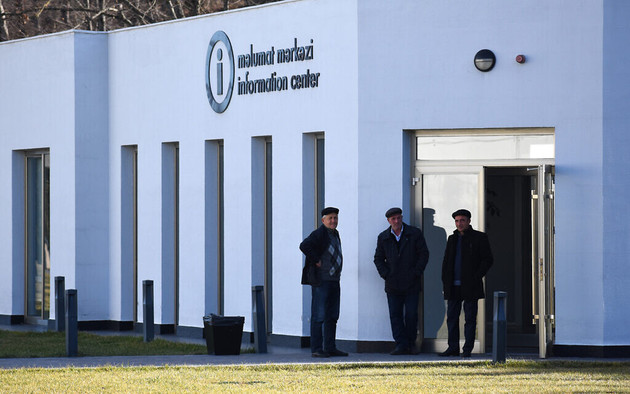 Genocide Memorial Complex in Quba, north of the capital Baku, commemorates thousands of Muslims said killed by Armenians. If this city’s main tourist attraction bears a striking resemblance to Jerusalem’s Yad Vashem Holocaust memorial and museum, there’s a good reason: underneath this site are the bones of as many as 60,000 victims of a mass murder that allegedly took place more than 100 years ago.

In fact, Quba has a sister city in Israel: the Upper Galilee town of Ma’alot-Tarshiha, whose new mayor, Arkady Pomerantz, happens to be from this area. “Quba is the best example of tolerance in our country,” Aliyev, 58, said in a recent interview at city hall, noting the presence of more than 70 mosques and two synagogues. “We have more than 20 ethnicities in our district, and we all live with each other in an atmosphere of friendship.”

But in 1918 — only three years after Turkey’s widely publicized slaughter of one million ethnic Armenians — something terrible happened here: the mass murder of tens of thousands of Azerbaijani men, women and children at the hands of Armenian nationalists. 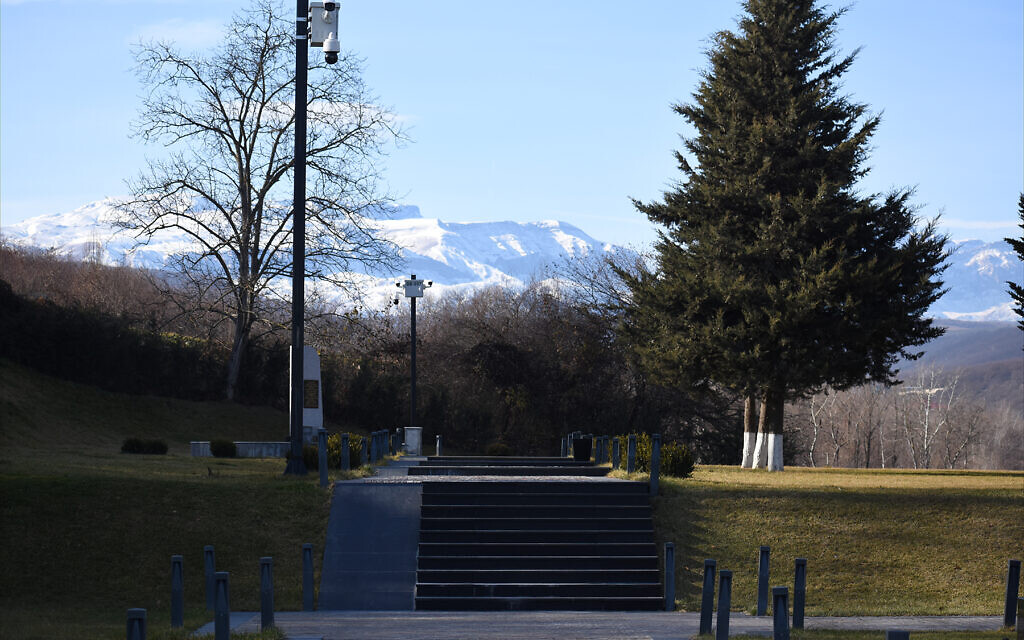 “The precise number isn’t known, but 60,000 is the minimum. It’s probably more than that, because bones of up to 100,000 people were found,” said Aliyev.  The bones are believed to be those of Muslims who lived in the area and were murdered in April and May of 1918, when 167 villages were completely destroyed and Quba itself was set on fire.

With its minimalist triangle-shaped design, long underground exhibit halls and black granite tombstones, this genocide memorial complex looks very much like Yad Vashem, Israel’s memorial to the 6 million Jews murdered in the Holocaust. “Brutal cruelty of the genocide is heartbreaking and causes severe pain,” states a pamphlet handed out to visitors at the entrance. “Because of the serious and dramatic tension, heaviness and sorrow of the genocide, the architects specifically avoided the use of decorations and ornaments, as a sign of honor to the victims of the tragedy.” The museum was commissioned by the Heydar Aliyev Foundation and inaugurated in 2013 by President Ilham Aliyev, who has ruled this country ever since the 2003 death of his father, Heydar Aliyev. 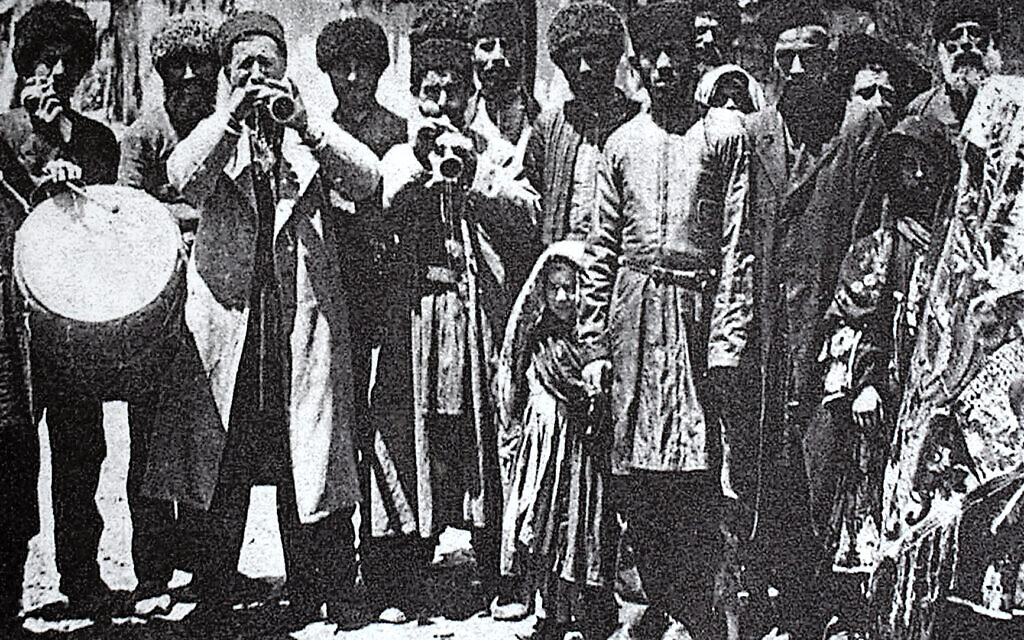 Dozens of black-and-white photographs adorn the walls of this solemn museum complex, including those depicting Azerbaijani Jews in the early 20th century, before the 1918 upheavals. Tour guide Aygün Agamirzayeva said 83,000 people visited the genocide complex in 2019, of which 60 percent were from Israel. Most of the remaining 40% came from Iran, Georgia, Turkey and other nearby countries. That’s not exactly a surprise, considering Azerbaijan’s close friendship with Israel. The two countries enjoy strong diplomatic and economic relations, and Azerbaijan — despite its predominantly Muslim population and a long border with Iran — is a major customer of Israeli weaponry. It also supplies an estimated 40% of Israel’s crude oil needs, with 2018 bilateral trade exceeding $1.3 billion.

In addition, weekly direct flights link Tel Aviv to Baku, and more than 40,000 Israelis — many of Azerbaijani origin — are expected to visit this year.

In September 2018, Moldovan-born Avigdor Liberman, then Israel’s minister of defense, planted an apple tree at the Quba Genocide Memorial Complex, accompanied by Aliyev and other officials. “People from Israel feel sorry, of course, because they somehow connect with this history,” the mayor said, noting that religious leaders — including those of the Eastern Orthodox Church — have also paid their respects here. “Even the patriarch of Russia visited our memorial.” 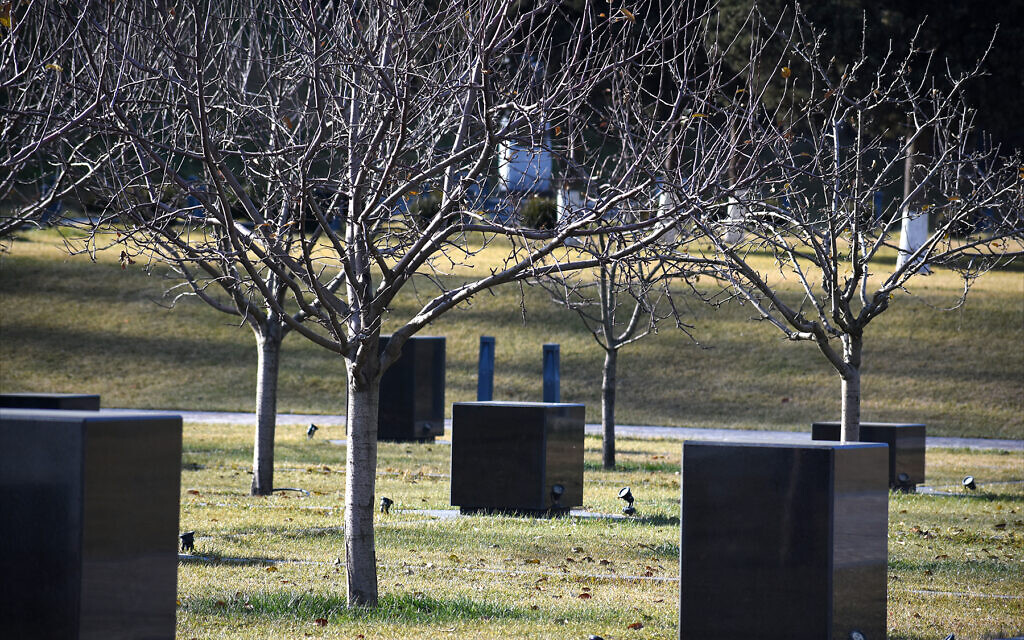 "The complex is open for everyone. Those are the facts, and it’s a sad chapter of our history. If Armenians want to come and visit, they can come. We hope that one day, Armenians will admit what they did and apologize, the way the Germans did after the Holocaust,"  Aliyev says.

Unlike Germany and Israel, however, which are not at war with each other, Azerbaijan and Armenia have been locked in a bitter territorial dispute for more than a century. Armenia has occupied Nagorno-Karabakh ever since — leading to charges of ethnic cleansing, human rights abuses and unspeakable atrocities. Yet thanks to offshore oil and gas deposits in the Caspian Sea, Azerbaijan is doing far better economically than Armenia. The Aliyev regime is using its energy windfall not only to buy Israeli weaponry to fight the Armenians but also to resettle an estimated 700,000 internally displaced persons in 106 new settlements scattered throughout Azerbaijan.