How Azerbaijan, Armenia and Georgia are reacting to coronavirus 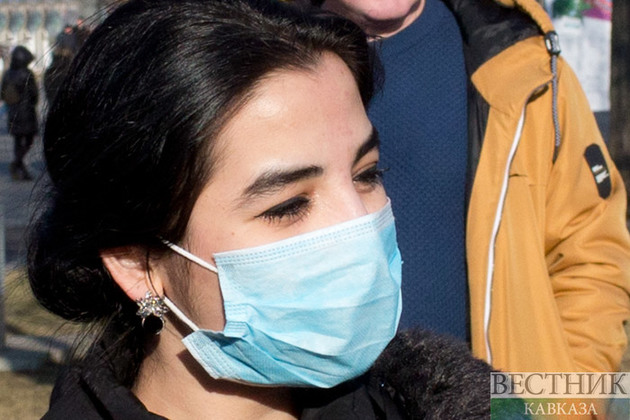 An outbreak of the coronavirus in Iran has fundamentally changed the situation in the Caucasus, a region bordering Iran. The governments of Armenia and Georgia have closed land and air links with Iran. Azerbaijan, which is linked to Iran more than others, is in no hurry to close the border. AMnews reports in its article Coronavirus approaches the Caucasus – how Azerbaijan, Armenia and Georgia are reacting on how the countries of the South Caucasus have reacted to the approach of the coronavirus to their borders.

Azerbaijan is the only country in the South Caucasus that so far has not closed its border with its land neighbor, Iran. Between these countries there is a large passenger flow.  In 2019, almost half of all Azerbaijani citizens traveling abroad went to Iran. Many go for treatment, for trading or on pilgrimages to Muslim shrines. Many tourists come from Iran to Azerbaijan as well. There are direct flights from Azerbaijan to Iran by air to Tabriz and Tehran. There are several checkpoints by land and air.

At present, land and air traffic between Iran and Azerbaijan continues, although customs checks, including sanitary checks, and disinfection are carried out at customs. “All livestock products are removed without factory packaging and which have not undergone heat treatment.  The import of meat products in baggage is prohibited,” said Natig Akhundov, representative of the Azerbaijani Customs Committee. The Ministry of Foreign Affairs of Azerbaijan recommends that the public be extremely careful when traveling to Iran, follow the instructions of local authorities, and if problems arise, to contact the Azerbaijani Embassy. The main infectious disease specialist of Azerbaijan, Jalal Isaev, advises that people refrain to travel to Iran for the moment. Azerbaijani economist Gubad Ibadoglu predicts that the spread of coronavirus in Iran will also negatively affect the economy of Azerbaijan.

Armenia closed the border with Iran – but not entirely

Armenia, which also borders directly with Iran in the south, closed the border with this country for two weeks on February 23. It has limited, but not completely canceled, air traffic between the two countries. This decision was made on the recommendation of the national commission to prevent the spread of the coronavirus. Economically, this is a difficult decision for Armenia, as now this country has only one open border – with Georgia. The country’s Prime Minister Nikol Pashinyan explained in detail on his Facebook page the decision, writing that a closed border will not interfere with the transport of goods with Iran. They will be implemented without restrictions, only truck drivers will be more thoroughly checked when crossing the border. The Prime Minister of Armenia officially stated that so far there are no people infected with the virus in the country, and there are “all the necessary technical and professional resources for an accurate diagnosis”. Pashinyan said that within two weeks, the Armenian government intends to work closely with the Iranian government, to analyze information on the extent of the spread of the coronavirus and to clarify further actions.

Georgia does not have a land border with Iran, but there are close economic and tourist relations between these countries. In 2019, about 140,000 Iranians visited Georgia. Every week, 14 flights to Iran fly from Georgian airports. According to the decision of the Government of Georgia, since February 23, air traffic has been limited.  In particular, the import of passengers from Iran to Georgia and vice versa has been suspended. The Georgian government is asking citizens to refrain from traveling to Iran. In order for tourists from Iran who are in Georgia to return to their homeland, airlines will deliver empty planes to Georgia without passengers, with whom they will take the tourists back home.

The first empty flight has already arrived in Georgia from Tehran.  About 130 Iranians left Tbilisi by this plane. As they say in the Tbilisi  international airport, Tbilisi is waiting for several more empty planes from Iran. “The Georgian government is monitoring the development of the situation, and also continues to work with Armenia and Azerbaijan.  In the future, if such a need arises, we cannot exclude the restriction of movement across the land border. The Georgian government has already warned Georgian citizens that they should refrain from traveling to Iran, and citizens who are in Iran can contact the Georgian embassy if necessary,” the Georgian government said in a statement.

Information on the situation in Iran has changed the rhetoric of representatives of the Ministry of Health of this country, who say that in Georgia, the risk of the virus spreading remains low, but “definitely it is necessary to increase preventive measures, since Iran is close at hand,” Georgian experts say. According to the director of the Center for Disease Control Amiran Gamkrelidze, in connection with the coronavirus, Tehran poses a greater danger to Georgia than China.