How Iran and Turkey compete in Central Asia 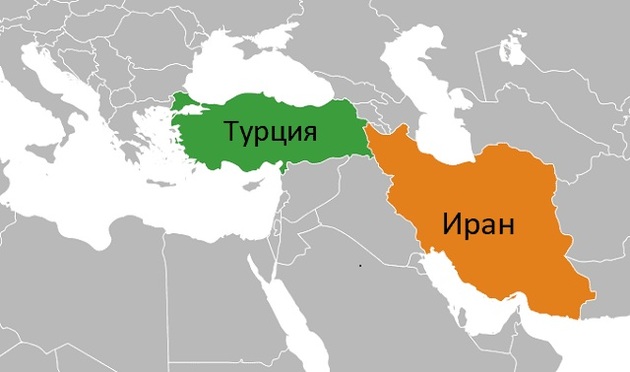 Since 2014, Iran has pivoted toward Eurasia in an obvious shift in strategy. Signing a Free Trade Agreement (FTA) with the Eurasian Economic Union (EAEU) was the first serious step in this shift of focus. Two Central Asian states, Kazakhstan and Kyrgyzstan, are already members of the Russia-led union, while the Uzbek president said in recent months that the country would “cooperate” with the EAEU. Tajikistan is still reportedly considering membership.

Iran has put in place other mechanisms to enhance trade relations with Central Asia, The Diplomat writes in the article How Iran and Turkey Compete in Central Asian Trade. In December 2019, Tehran hosted two Joint Economic Commissions with delegations from Tajikistan and Kyrgyzstan, a third was held in Tashkent.

Regular direct flights from Iran to four Central Asian cities — Almaty, Tashkent, Dushanbe and Bishkek — resumed at the beginning of 2020 after intermittent interruptions. Occasional tensions between Iran and Tajikistan have been calmed by negotiations. In the case of Turkmenistan, a gas dispute between Ashgabat and Tehran soured relations but negotiations continue. With Uzbekistan, relations began to thaw in the post-Karimov period.

Meanwhile, Turkey has enjoyed a comfortable position among Central Asia’s post-Soviet trade partners. According to the OEC, in 2017 combined trade (import & export) with Kazakhstan was $2.35 billion, $1.49 billion with Uzbekistan, $1.4 billion with Turkmenistan, 351 million with Tajikistan, and $442 million with Kyrgyzstan.

Western sanctions on Iran impeded its pivot to Eurasia, with Turkey enjoying an advantageous opportunity as a result. For example, a former official at Iran’s Communications ministry explained that Turkey has occupied part of the Iranian ICT market in Central Asia.

All this has happened, however, with Iran presenting Turkey a shorter, faster, safer and cheaper route to Central Asia (in comparison to northern routes from the north Caucasus). This has led to Turkey’s increasing dependence on Iranian transit routes to Central Asia. According to a report of Iran’s Customs Administration (IRICA), Turkey’s trade with CIS countries through Iran in 2019 was 1.08 million tons. In 2016, this figure was only 565,000 tons. In a way, Iran has been a noteworthy “bridge” for Turkey’s trade with Central Asia.

The dependency stemming from this  “bridge” relationship has given Iran a degree of geographical leverage to take advantage of in regional trade rivalries. In October 2014, just a year before the sanctions were suspended under the JCPOA, Iran increased transit tariffs for Turkey, by multiplying the rate to distance in kilometers from 0.32 to 0.8. Subsequently, in January 2015, Iran announced that it would no longer provide fuel to Turkish trucks. Can Acun, an analyst from the Foundation for Political Economic and Social Research, explained that Iran was perhaps trying to increase Turkey’s costs for its exports. He characterized the two countries’ relations as a “rivalry” and added: “Iran is also trying to get Turkish goods markets in Central Asia.”

Turkey began more seriously pursuing Trans-Caspian projects after the first “bridge contest.” In January 2015 a trade official announced Turkey was considering alternative ways to cross the Caspian Sea to avoid delays along the route across Iran. There were plans to carry about 25,000 trucks (approximately 450,000 tones of cargo) annually over the Caspian Sea using ferryboats and Ro-Ro ships from the newly constructed Alat port in Azerbaijan to Turkmenistan’s Turkmenbashi port. Ata Serdarov, Turkmenistan’s ambassador to Turkey confirmed the plan. It could cover all Turkish trade to Central Asia without crossing Iran. In 2017, Ankara signed another similar agreement with Kazakhstan and then in February 2018, joined coordination committee for “Trans-Caspian International Transport Route” which established in 2013 by Azerbaijan, Georgia and Kazakhstan.

However, the 100 percent growth of Turkish cargo crossing Iran to former Soviet states from 2016 to 2019 proves that during the last five years, the alternative route has not worked properly. In fact, Turkey’s transit dependence on Iran has also increased. Problems with developing alternative routes are rooted in disputes between Turkmenistan and Azerbaijan on Caspian resources, and more importantly, the lack of a dispute settlement body within a legal regime. Nonetheless, “The Convention on the legal status of the Caspian Sea” signed in August 2018 by the sea’s littoral states paved the way for more Trans-Caspian initiatives, and renewed hope in Turkey.

Iran’s indirect response to Turkey’s efforts in this “bridge contest” has been providing transit initiatives to land locked Central Asian states such as the Ashgabat Agreement (a multimodal transport agreement between India, Iran, Kazakhstan, Oman, Turkmenistan and Uzbekistan for creating an international transport and transit corridor), Iran-Kazakhstan-China transit corridor, from Caspian port on Iran’s Bandar Anzali to Aktau (Kazakhstan) and then to China’s Urumqi, the connection of Iran’s second railway to Central Asia thorough Incheboron (opened on Dec 2014 by Presidents of Iran, Kazakhstan and Turkmenistan) and recent negotiation for a railway corridor that links Tajikistan to Turkey through Iran, as a part of ECO agreements. The initiatives aimed promotion of “bridge role” to Central Asia, based on geographical advantages. The result will indirectly counterbalance the Trans-Caspian projects.