Iran: US uses sanctions against athletes to disqualify competitors 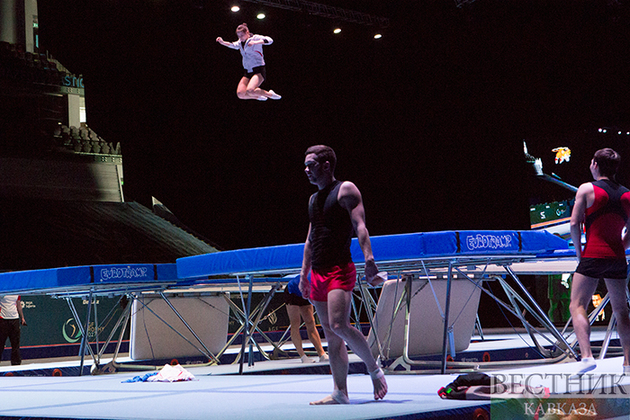 Nearly a month after then-US President Donald Trump pulled his country out of the landmark Iran nuclear deal in May 2018, the world's largest footwear company, Nike, also severed its ties with Iran's football team. The US-headquartered company at the time said the sanctions meant it could not provide cleats to players on Iran’s national football team, which came days before the team's participation in the 2018 FIFA World Cup in Russia. Although the company insisted the decision was not linked to politics, it did provide cleats to 60% of all players in the 32-team World Cup.

According to Anadolu Agency, like any other sector, sports in Iran have also directly or indirectly faced the heat of US sanctions, undermining the functioning of local sports federations, affecting the performances of players, and in some cases destroying the careers of young and promising athletes. Hatam Shiralizadeh, a prominent Iranian sports journalist and commentator, said the bogey of sanctions started soon after the 1979 revolution.

It has for the past 43 years severely affected international sports in Iran, particularly in the last decade.

We cannot buy sports equipment, we cannot register for international sports events, and international sponsors remain reluctant to cooperate with Iranian sports", Shiralizadeh said. He hastened to add that the US, Canada, and some European countries have often "created hurdles" by not issuing visas to Iranian athletes and officials, and national sports bodies have faced problems in paying salaries to foreign players and coaches.

Pertinently, in 2020, Iranian football faced what many dubbed its "biggest scandal," which was sparked by a controversy over the non-payment of dues to a former Belgian coach of the national team, Mark Wilmots. After Wilmots' formal complaint to FIFA, the governing body of world football, Iran's judicial authorities intervened to resolve the crisis, much to the chagrin of fans.

Iran has reeled under US sanctions since the breakdown of diplomatic relations between the two countries in the aftermath of the US Embassy takeover in Tehran in November 1979, nine months after the revolution. While the impact of US sanctions on Iran's economy, in general, has been widely documented, the overarching impact on sports, in particular, is often overlooked. Erfan Hoseiny, a young sports enthusiast and writer who mostly covers Iranian and Asian football, agrees that sanctions have affected Iranian sports, "particularly football." "Iranian clubs that participate in international competitions (AFC Champions League) are unable to receive their prize money," he said, adding that the Asian Football Confederation (AFC) owes Esteghlal FC and Persepolis FC, Iran's two leading football clubs, "millions of dollars." Hoseiny added that it "makes it hard" for Iranian clubs to pay the wages of foreign players and managers.

In 2019, Andrea Stramaccioni, who previously coached top clubs like Inter Milan, was forced to quit as the head coach of Esteghlal FC over non-payment of his salary. His two-year contract with the club amounted to around €1.6 million ($1.62 million), which couldn't be paid due to banking restrictions.

Masoud Hossein, a senior sports journalist with Tehran Times, said sanctions is a "political term" that implies one must be "aware of the impact of political decisions on sports." He noted that Iranian teams and athletes have been "severely harmed" due to sanctions over the past several years, which has had "a huge impact" on the country's economy, in particular the sports sector. "Many athletes have failed to procure sports equipment because of sanctions and also failed to arrange training camps abroad," Hossein said.

Kat Khosrowyar, the former head coach of Iran's U-19 women's football team, said sanctions have impacted Iranian sports by "barring international sponsors from signing deals with teams and athletes," as well as "barring major European clubs from entering youth academy projects in Iran." The national federation faced difficulty in paying salaries to foreign coaches since they have foreign bank accounts, which causes legal complications, Khosrowyar told Anadolu Agency. "As for Iranian athletes, obtaining a UK/US visa is a struggle. Even European players who have traveled and played in Iran are denied visas and have to do an interview before entering the US."

Denial of visas to athletes

In recent months, many Iranian athletes have been denied visas to participate in international competitions, mainly in the US and the UK. Iran's wrestling team was scheduled to square off with the US wrestling team in Arlington, Texas, on Feb. 12, but the tour was scrapped after six members of the delegation, including head coach Alireza Dabir, were denied visas.

Similarly, Iran's national track and field athletes were slated to take part in the world championships in Oregon, US, in July, but they were denied visas at the last minute. It came days after Iran's karate team faced a similar rejection from the US.

Britain also delayed and eventually refused the visa of Mashkat Zahra Safi, an 18-year-old Iranian tennis sensation, earlier this month, denying her the opportunity to become the first tennis player from Iran to participate in the junior Wimbledon tournament.

"In my opinion, politics should be kept out of sports. We need to separate the two. Political issues between the governments have nothing to do with athletes," said Hossein, who has covered Iranian sports for many years. "The United States is just “abusing” the power of sanctions to disqualify its enemy from global competitions," remarked Hoseiny, adding that it is the athletes, not the governments, who end up losing.

Mark Lomas, a freelance sports journalist and longtime observer of Iranian sports, noted that "despite the best efforts of governing bodies like FIFA and the IOC," sports and politics are "closely intertwined." “Sport is a great unifier, but also a great divider – and politicians have become adept at utilizing it to both persuade and to provoke,” Lomas said. "Sadly those caught in the middle are often athletes whose chief desire is to compete and who often are – like so many citizens of the world – actually pretty apathetic towards their political leaders."

US imposes sanctions on Iran, limiting oil exports to Asia

Iran orders US to pay compensation for slain nuke scientists

Iran shows off underground drone base