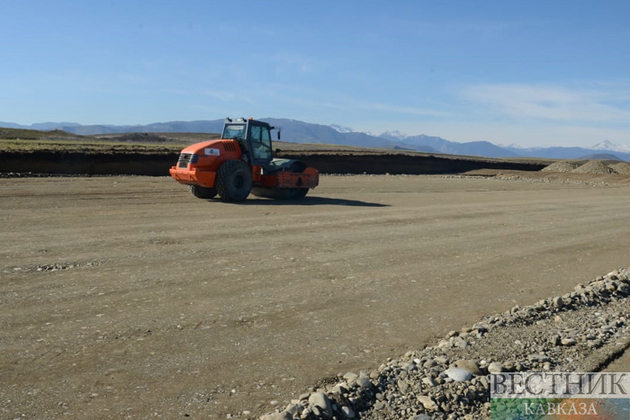 Leading a high-ranking delegation of trade officials and private entrepreneurs, Iranian Minister of Industry, Mining, and Trade, Reza Fatemi-Amin pays a visit to Armenia as part of Tehran's efforts to strengthen trade ties with its neighbors, Tasnim News Agency reports.

“The visit comes as part of efforts to expand trade ties with Armenia, in order to use its capacities to enter the Eurasian market,” says Alireza Peymanpak, Head of Iran’s Trade Promotion Organization who is among the top officials accompanying the Iranian minister during his trip to Armenia. This is the first visit to Armenia by high-ranking Iranian officials since President Raisi took office back in August 2021. Bolstering trade diplomacy with regional states, particularly the neighboring countries of Iran in the top priority of the new administration’s agenda. Iranian Industry, Mining, and Trade Minister Fatemi-Amin has already made several trips to the Persian Gulf states of UAE, Qatar and Oman in recent months. Such visits were also aimed at facilitating trade by Iran’s private sector in neighboring countries and tackling issues impeding business activities. “CEOs of 35 Iranian private companies will also accompany the delegation during its visit to Armenia,” said Alireza Peymanpak. Implementation of trade agreements, cooperation in free zones, commodity trade, transportation, customs are among the economic issues to be discussed in the meetings between Iranian and Armenian officials.

Trade relations between Iran and Armenia have dramatically expanded after Iran signed a Free Trade Agreement with the Eurasian Economic Union (EAEU) in October 2019. Under the three-year preferential trade deal, EAEU and Tehran obliged to accept the conditions for achieving a full free trade plan for tariff-free essential commodities. Armenia, Belarus, Kazakhstan, Kyrgyzstan, and Russia are the member states of EAEU. “In the future, if Iran joins the Eurasian Economic Union (EAEU), it will have better access to Eurasian, Russian and European markets. This will also provide EAEU member states with increased access to the Persian Gulf and increase trade and give stronger impetus and incentive for both sides (Iran and other EAEU members) to pursue common interests in third-party states like in the Levant,” Armenian political analyst, Yeghia Tashjian writes in an article published by The Armenian Weekly. “So Russia and Iran would be able to have stronger cooperation in the Levant and other regions,” he added. “Hence, they will work to protect their shared economic interests. Therefore, with the unblocking of regional trade routes in the long run, Armenia would have access to the Levantine markets and reach the Eastern Mediterranean by rail,” he said. He also stressed that Islamic Republic should facilitate this project so that Armenia would have access to the seas through Iran.

“Armenia, a country bordering Iran, is viewed as the gateway for exporting Iranian goods to Eurasian markets,” says Hervik Yarijanian, Head of Iran-Armenia Joint Chamber of Commerce. The Republic of Armenia is a landlocked country located in northwestern Iran. The two countries share a 44 km border. “Both Armenia and Iran could launch rapid joint cooperation through joint venture plans and also through Iran’s investments in Armenia’s highways, especially from the Norduz border crossing to Yerevan in order to widen the capacity of the North-South Corridor,” said Yeghia Tashjian, an Armenian political analyst. “From the Iranian perspective, this would widen not only Armenian-Iranian and regional trade, but also promote Iran’s geo-economic interests in Armenia,” he added, stressing that such steps may further attract Indian, Chinese and European investments, which would empower Armenia’s security and stability.

Given its relatively low trade tariffs (4%) with North American countries like Canada, Armenia can serve as a platform facilitating the export of Iranian products to such markets. The value of Iran-Armenia trade volume stood at $304 million during the last Persian calendar year (March 21, 2020- March 20, 2021), with both sides planning to beef up bilateral trade.

It is worth noting that, despite the sceptical comments of some experts, the Zangezur corridor through the territory of the Syunik region of Armenia (Zangezur) can also strengthen the regional influence of Iran. Among the benefits of the corridor for the region, experts name an increase in cargo turnover between Iran and Armenia, the restoration of transport links along the North-South and East-West lines,  and a getaway to the ports of the Persian Gulf for Russia. The plans also include the construction of a new line along the Zangezur corridor from Azerbaijan to Nakhchivan, and from there to Turkey and Iran.

Now Baku, together with Tehran, plans to build a 280-megawatt power plant at the Khudaferin and Giz Galasy reservoirs; and the preferential trade agreement between Azerbaijan and Iran, which provides for the facilitation of trade procedures, includes 52 goods. The restoration of the liberated territories of Azerbaijan creates conditions for the development of cooperation with Iran, especially with the Iranian province of Western Azerbaijan. On March 11, Azerbaijan will host a meeting of the joint intergovernmental commission to attract investors to the liberated territories. It is expected that investors from the Iranian province of Western Azerbaijan will also participate.

Iran says has good ties with Azerbaijan and Armenia

Source: Iran ready to fire at Armenian army if they approach its border with Azerbaijan