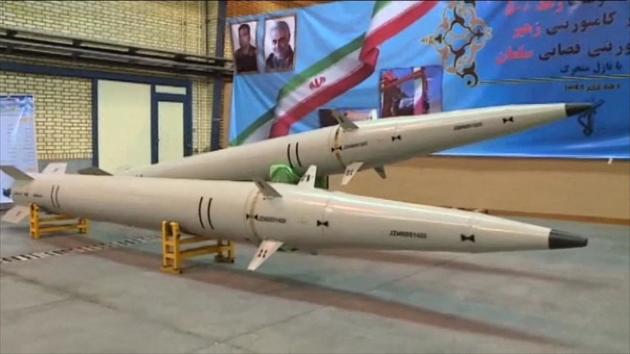 Since the election of Joe Biden as US president, there has been much discussion over whether and how his administration may rejoin the Iran nuclear deal, Middle East Eye informs. According to Secretary of State Antony Blinken, “if Iran comes back into full compliance with its obligations under the [deal], the United States would do the same thing and then we would use that as a platform to build, with our allies and partners … a longer and stronger agreement and to deal with a number of other issues that are deeply problematic in the relationship with Iran”.

Iran’s missile programme is a key concern for Washington. But Tehran has ruled out halting the programme, with President Hassan Rouhani declaring it non-negotiable. Supreme Leader Ayatollah Ali Khamenei has said that Tehran would not be “deceived” by the US offer of negotiations and would not give up its missile and space programme.

Indeed, since Biden won the November election, Iran has repeatedly underscored its determination to maintain and expand its missile capabilities. Last month, the Islamic Revolutionary Guard Corps unveiled a new underground missile base in the southern province of Hormozgan. And earlier this month, Iran’s defence minister and army chief inaugurated factories producing shoulder-fired missiles and hybrid solid fuel for missiles used in ground warfare. The defence ministry also just launched the Zoljenah satellite carrier, capable of carrying satellites weighing up to 220 kilograms into an orbit 500 kilometres above the Earth.

Given the US insistence on curbing Iran’s missile programme and Tehran’s determination to further expand and strengthen its capabilities, it would be prudent to examine the forces driving this programme, along with the role missiles play in the Islamic Republic’s asymmetric warfare doctrine. In recent years, Tehran’s missile arsenal has evolved to become the largest and most diverse in the Middle East, though not the most lethal or longest range. Other regional powers, such as Israel, have also developed formidable capabilities. In addition to developing indigenous military capability, for decades Israel has been, by far, the largest recipient of US assistant and received almost unconditional military and technological support from Western powers led by the United States. In 2008 the Congress passed a law requiring that Israel maintains a "qualitative military edge over its neighbors". To further cement this policy a few months before leaving office, former President Barack Obama signed a $38bn military package aid to Israel, the largest any country has ever received.

But Iran’s programme has been deemed by the west as more controversial, attracting more political and academic attention than those of its neighbours.

The roots of Iran’s missile programme go back to the mid-1970s, when the shah sought to make Iran a dominant regional power. Shortly before the fall of the Pahlavi regime, Israel was involved in a multibillion-dollar project to modify advanced surface-to-surface missiles for sale to Iran. The establishment of the Islamic Republic brought this cooperation to an abrupt end. Since the 1979 revolution, Iran, unlike most of its regional adversaries, has been subject to arms embargoes. During the war with Iraq in the 1980s, Iranian troops and industrial and population centres endured heavy missile attacks by Iraqi forces. This experience gave birth to Iran’s missile programme, with Tehran initially importing weapons from countries such as China, North Korea and Russia as it gradually developed indigenous capabilities. The evolution of Iran’s missile programme and the country’s growing capabilities highlight the significant role missiles play in its broader defence strategy. In recent years, a number of regional adversaries have adopted strategies to counter this perceived threat.

Israel is believed to have one of the most technologically advanced missile arsenals in the Middle East. At the same time, in collaboration with the United States, Israel has created a multi-layered missile defence apparatus that includes the Patriot, Arrow, Iron Dome and David’s Sling. Similarly, Saudi Arabia and the UAE have made deals to acquire the Terminal High Altitude Area Defence system, regarded as the US crown jewel in missile defence systems.

During negotiations that led to the signing of the nuclear deal in 2015, Tehran successfully resisted restrictions on its missile capabilities. The notion that the heavy sanctions imposed on Iran as part of the Trump administration’s “maximum pressure” policy have weakened Iran, and should force it to make concessions, is misleading. t’s true that the sanctions have dealt a heavy blow to the Iranian economy, particularly the oil sector - but the Islamic Republic has survived. Since late last year, Iranian oil exports have been on the rise, and the economy is projected to grow in 2021. And while Iran has been hit hard by the Covid-19 pandemic, it rolled out its mass vaccination campaign this month. Despite the ongoing economic challenges, the Iranian government seems to face little, if any, widespread organised opposition, with the last large-scale demonstrations taking place in late 2019. Of course, this does not mean everything is fine in Iran; the country faces many problems, but the maximum pressure policy did not force it to capitulate. The US, European powers and regional allies need to acknowledge Iran’s security concerns. Tehran’s determination to acquire and develop missile capabilities, and its willingness to pay a high price to achieve this, must be examined.

The huge disparity in defence expenditures between Iran and its neighbours suggests that the broad regional military balance needs to be negotiated. Iran’s regional adversaries possess the most advanced American and European weaponry. Its own missile programme cannot be separated from the regional arms race, and can only be adequately addressed within a broader discussion of the regional security landscape. Last month, Qatar’s foreign minister called on Gulf Arab countries to enter a dialogue with Iran. It is time for regional powers to negotiate a new security architecture, and to acknowledge each other’s legitimate concerns.