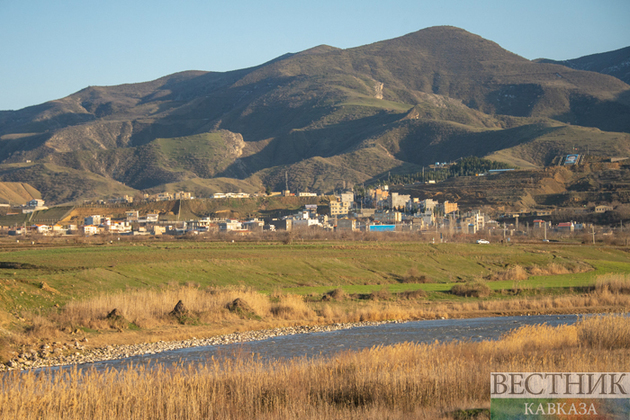 The second freight train running from Pakistan to Turkey through Iran has departed with the coordination of customs, railways and forwarders in the three countries following the successful launch of the service last month, Fars news agency says.

The train of 24 wagons carrying talcum powder, a mineral-based product commonly used in baby powder, cosmetics, personal hygiene and industrial products, left Pakistan's Azakhel dry port on Thursday for Istanbul in Turkey. After arriving at Zahedan station in Iran through the Mirjaveh border, the cargo is transshipped to roofed wagons for carriage to Razi border from where it will cross into Turkey, PressTV writes.

In order to increase international exchanges, Iran's new administration says its priority is to complete transit corridors and establish rail links with neighboring and other countries in order to strengthen passenger and rail freight transport. Iran, Pakistan and Turkey are the founders of the Economic Cooperation Organization (ECO), currently a 10-member political and economic intergovernmental organization established in 1985.  The first freight train carrying rice, dates and pink salt rumbled out of the Margala station in Islamabad for Istanbul last month after a 10-year hiatus, hauling more than a dozen containers.

The 6,540 km journey from the Pakistani capital to Europe's largest city takes 10 days, less than half the time needed for the equivalent voyage of 21 days by sea. It covers 1,990 km inside Pakistan, passing through Quetta into Taftan at the Iranian border and on to Tehran and Tabriz over a 2,603 km stretch before ending up in Istanbul through Ankara. The three countries launched the Islamabad-Tehran-Istanbul (ITI) container train service in 2009, but it only got as far as test runs and was never fully operational. Even so, they always planned to follow up the initial freight trains with passenger services and operationalize the ITI transnational line with the aim of enhancing connectivity with China's Belt and Road Initiative (BRI).

"The start of the container train from Pakistan to Iran and Turkey was a long-standing dream of the countries of the region, which came true again," Pakistan's Railways Minister Azam Khan Swati told the opening of the project. He said strengthening and expanding ECO rail cooperation can contribute to regional stability and peace. The ITI, by extension, will connect to China's Xinjiang autonomous region which is populated by ethnically Turkic Uighur Muslims and further boost BRI, a trillion-dollar plan to connect the infrastructure and economies of countries across Asia, Africa and Europe.

China regards Iranian transport in particular as part of BRI and has sought close involvement in the build-out of the West Asian nation's infrastructure. The ITI railroad, on the other hand, will help Iran move around US sanctions. For Tehran, this is an attractive alternative trade route because the ECO countries trade in local currencies.

The United States has been following a policy of “maximum pressure” against Iran in order to isolate the country through severing all modes of international trade with the Islamic Republic. However, it is practically impossible to isolate and stop Iran from trading with its neighbors.

Last month, an official with Iran’s Road Maintenance and Transportation Organization said the Islamic Republic, Azerbaijan and Georgia had reached an agreement on establishing a transit route connecting the Persian Gulf to the Black Sea.

This transit route can potentially link with the ITI and further boost connectivity in the region, given that Pakistan and Turkey are both close allies of Azerbaijan in addition to having strong trade relations with Iran.

Javad Hedayati also announced the test run of a transit corridor connecting the UAE to Turkey through Iran after two trucks entered the Islamic Republic on roll-on/roll-off (RoRo) cargo ship and drove the rest of the way to their destination through the Bazargan border. The new service cut the time of the journey, which normally takes 20 days and requires crossing the Bab al-Mandeb strait to the Red Sea and the Suez Canal, by eight days, he said.

"The land transit time was much shorter than the sea transit time, and its economic viability was confirmed. Moreover, it does not have the costs and stops of crossing the Suez Canal," Hedayati was quoted as saying.

The test run coincided with a rare visit to Tehran by the United Arab Emirates' senior national security adviser Sheikh Tahnoon bin Zayed Al Nahyan in early December. According to media reports, the launch of the land transit corridor linking the UAE to Turkey through Iran featured prominently in talks with his Iranian counterpart Ali Shamkhani and other officials.

Turkish Foreign Minister Mevlut Cavusoglu, however, was quoted Friday as saying that his country had received a proposal from the United Arab Emirates on land transport via Iraq. "We took advantage of it," he said, explaining that the two sides signed a land transport agreement when he visited the UAE ahead of President Recep Tayyip Erdogan’s visit to the Persian Gulf Arab country next month.

“When we do the calculations, any ship currently sailing from Istanbul to the UAE takes 25 to 28 days by sea, but it takes 10 days by land. However, most of this time is spent on customs clearance,” Cavusoglu said. “This time should be reduced… We are now negotiating," he said, adding they were motivated by the desire to reduce that time via the Iraq route that could be reduced if the railway and road projects between Turkey and Iraq were implemented.

Last year, Turkey's transport minister said Baghdad and Ankara were planning a railway line to run from the Iraqi port of Faw in the southern province of Basra to the capital and on to the Turkish border. Iran’s Minister of Road and Urban Development Rostam Qasemi signed an agreement with his Iraqi counterparts for the implementation of the Basra-Shalamcheh railway on his visit to Baghdad last month.

The official IRNA news agency said then the two sides agreed to establish a joint venture to complete the project within two months. The 30 km railway is strategically important, which could ultimately link Iran to the Mediterranean Sea via Iraq and Syria.