Iran's friends and Israel's enemies is not the same 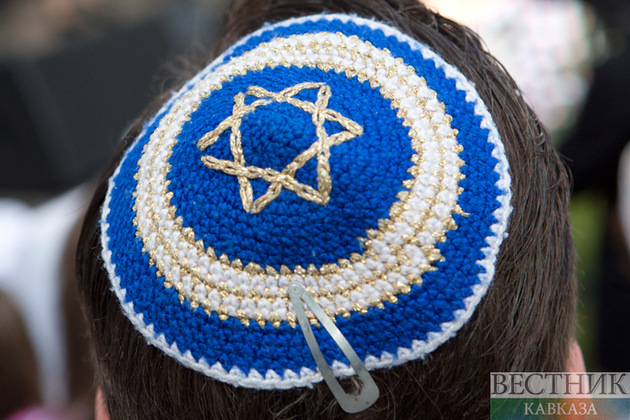 “Immense strategic and historical significance for both nations!” Adani wrote, explaining the 4.1 billion shekels ($1.2 billion) he paid for the port – a billion shekels more than the bids made by the two others competing to him for the prize. The benefit to Israel is clear. For India, it’s an important breakthrough, representing a victory over China (whose bid was rejected under heavy U.S. pressure) and establishing for it a bridgehead on the Mediterranean.

India established diplomatic relations with Israel in 1992, but strategic ties between the two countries had been going on quietly for some time before. Today, India is the world’s biggest importer of Israeli arms, amounting to about $1 billion annually. It also partners with Israel in weapons production, holds joint military maneuvers and employs Israeli military instructors.

According to the Stockholm International Peace Research Institute, India’s military spending reached more than $76 billion in 2021, making it the third-largest in the world after the United States and China. Israel’s share in Indian weapons procurement has risen from 4.7 percent in 2010-15 to 13 percent in 2015-20. The Indian share of Israeli arms exports rose from 27 percent in the years before Modi was elected prime minister in 2014 to 42 percent today.

At the same time, India has been cultivating diplomatic and economic links with Iran. In June, Iranian Foreign Minister Hossein Amir-Abdollahian visited New Delhi and met with his Indian colleague, Subrahmanyam Jaishankar, as well as Prime Minister Modi. “[I] was happy to receive Foreign Minister Hossein Amirabdollahian for a useful discussion on further development of centuries-old civilizational links between India and Iran. Our relations have mutually benefited both the countries and have promoted regional security and prosperity,” Modi tweeted afterwards.

Several days later, the deputy foreign ministers of the two countries met to discuss bilateral issues, including further development of Iran’s Chabahar Port. India has committed to investing $500 million in the port, which is supposed to serve as a strategic way station between India, Iran and Central Asia. In order to continue development, India received a rare exemption from the United States from the sanctions it has imposed on Iran.

One of the reasons for this is that Chabahar will be competing with Pakistan’s Gwadar Sea Port, which is 90 kilometers away. China has invested billions of dollars to enable Gwadar to serve as a node in China’s Belt and Road initiative, a way station between it and the countries of the Persian Gulf. Washington would prefer that Chabahar, even if it is in Iran, becomes the region’s main port.

As recently as 2019, Iran was India’s main supplier of oil while India was investing billions of dollars developing Iran’s energy sector. After Tehran began violating the terms of the 2015 nuclear accord, in response to the U.S. exit from it, India ceased buying Iranian petroleum in favor of alternative, costlier imports.

However, when the International Atomic Energy Agency condemned Iran for suspending its monitoring of nuclear facilities, India avoided joining in. Recently, India has decided to discuss big trade deals with Iran to be paid with Indian rupees, thereby circumventing American sanctions by not using dollars. India has already done the same with Russia, which is selling India oil at sharply discounted prices with payment in rubles or even Emirati dirhams.

Russia is learning from Iran

Strategic relations between India and Iran passed another important test this month: The first train, carrying 39 shipping containers, left at the end of June left from the Chekhov subway station in Moscow on its way to the Iranian port of Bandar Abbas from where its cargo will continue by sea to India. This north-south transportation corridor aims to replace the traditional route between Russia, Iran and India that runs through the Baltic and Mediterranean seas and the Suez Canal. The new corridor is expected to cut the length of the journey by 40 percent and the cost by 30 percent.

Egypt is already looking on with concern about the impact the new corridor will have on its Suez revenues. Iran, however, will be the big beneficiary. The new corridor will enable it to skirt the sanctions imposed on it, collect transportation fees on cargo en route to India from Russia, as well as from other neighboring countries like Kazakhstan and Turkmenistan, and pay for its own purchases from the fees it collects. If and when a nuclear agreement is signed, Iran will become a transit route for goods coming from the West (?) to Russia.

The close ties between India and Iran aren’t necessarily coming at the expense of Israel, just as Israel’s dealings with India haven’t harmed India’s standing in Iran. Iran has and will continue to sell oil to India and has never conditioned trade on New Delhi’s breaking ties with the Jewish state, the same way it has never made any such demand from Turkey or any other country with which it has trade relations.

Israel has adopted the same policy. Israeli weapon sales to India haven’t been conditioned on ending New Delhi’s ties with Iran, just as it didn’t impose any such condition on the Adani company acquiring Haifa Port, even though Adani ports in India handle goods coming from Iran.

The web of ties and interests that links India, Israel and Iran proves once again that a binary strategy that seeks to distinguish between Iran’s supporters and its opponents and aspires to build an anti-Iranian coalition, looks good on paper. But it runs aground on the rocks of realpolitik. Iran is now teaching Russia how to skirt international sanctions, is exploiting their common interests and building mechanisms to get around the use of the dollar and resist international pressure.

The main player in all this is India, which has become Russia’s lifeline. India hasn’t signed on to the sanctions imposed on Russia and is buying nearly four times the amount of Russian oil it did before the special operation in Ukraine began. Yet, at the same time, it remains a strategic partner of the United States.

U.S. and Israel to sign joint pledge on denying nuclear weapon to Iran

Biden and Blinken to visit Israel and Saudi Arabia