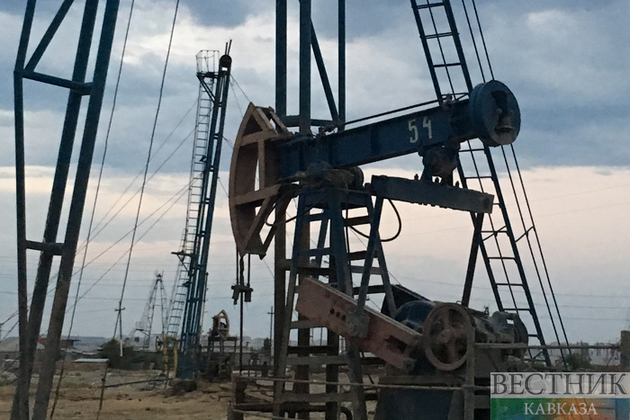 Iran’s recent hydrocarbon agreement with Azerbaijan is the latest in a string of developments that demonstrate the country’s determination to overcome U.S. sanctions. Its plans to boost oil production to 5 million bpd and its improving trade relations with China suggest that Iran will not be back by Biden for much longer.  Iran and Azerbaijan are expected to finalize a number of energy deals that would see joint development of a new oil field off the coast of Iran, adding to the energy cooperation between the two states, Oil Price writes.

In 2018, the two countries signed a convention stating that resources from the Caspian sea would be shared with neighboring countries Kazakhstan, Russia, and Turkmenistan. Talks over a joint development between the two states are not uncommon, with previous discussions taking place in 2018 but resulting in no action. Few details have been released about the most recent talks, meaning nothing is official quite yet.

Azerbaijan hopes to boost its gas production to 47.5 Bcm by 2025, as international demand for gas continues to rise, ensuring national energy security and the potential to export. Azerbaijan has already improved its connectivity to Europe with the opening of the Trans-Adriatic Pipeline (TAP) gas pipeline in December 2020, connecting it with Greece and Bulgaria. The country is now in talks with countries around Europe about increasing its gas exports as demand across the region rises.

Iran, which saw an output of 2.52 million bpd of crude in October, is hoping to raise this production level even higher. Despite little progress with ongoing talks over a nuclear agreement with the U.S., Iran plans to continue increasing its oil production, aiming to reach an output of 5 million bpd, and hoping to produce 4 million bpd as soon as March 2022. The country’s oil minister, Javad Owji, stated that he was targeting $145 billion of foreign and domestic investment in the energy sector over the next eight years.

Talks between the U.S. and Iran, with representatives from Iran, China, France, Germany, Russia, and the United Kingdom, resumed this week in Vienna following the sixth round of talks in June. However, Iran is adamant that if an agreement is reached, the U.S. must lift all sanctions imposed in 2018, while the U.S. would like to maintain certain sanctions around human rights and terrorism.

Meanwhile, China is buying even more Iranian crude, opting for cheap prices even as U.S. sanctions on the oil-rich state hold strong. China continues to risk retaliation from the U.S. for breaking its sanction agreement on Iranian oil, importing over half a million bpd on average for the last three months, accounting for around 6 percent of China's crude oil imports. This figure could increase if Covid-19 restrictions ease across the country and demand for oil goes up.

However, U.S. President Biden insists there is enough oil being produced to meet the growing international demand without having to rely on Iran for its supply. The U.S. government must provide an analysis report every six months stating whether there is enough global oil to meet the demand without easing sanctions on Iran. But, to date, the U.S. has not responded to China’s importation of Iranian oil, largely overlooking the situation.

So it seems that Iran is taking its oil economy into its own hands, no longer relying on an increasingly unlikely agreement with the U.S. Analysts suggest that Iran exported 170,000 tonnes, or 1.2 million barrels, of crude oil in October, with revenue from those sales totalling $90 million as the price of oil continues to rise. Iran achieved similar figures in August and September and is expecting the same for November.

Although many of Iran’s oil export routes are kept secret, it continues to export a large amount of oil to Syria as well as to Venezuela, which has also been hit hard by U.S. sanctions and is currently experiencing high levels of energy insecurity.

Sitting on the world’s fourth-largest oil reserves, Iran hopes to increase international interest in its crude once again before demand wanes as the clean energy transition takes hold. At its production peak, Iran was producing around 6 million bpd. However, this figure hasn’t been reached since the 1970s, and Iran will require significantly more investment over the next decade if it hopes to reach those levels again.

So, agreement or not, Iran’s oil industry looks set for a comeback. As the country’s relations with regional powers, such as China and Azerbaijan, continue to improve and exports remain stable to Syria and Venezuela due to their severe lack of energy security, it appears that the world cannot survive quite as well without Iranian oil as the U.S. likes to suggest.