Is Bosnia a new bone of contention between Russia and the West?

The relations between Russia and the West have been going through a severe crisis since the Cold War due to the two weak points of international politics – the conflicts in Syria and Ukraine. The relations between the two greatest military powers of the world have reached the edge of the abyss due to the de facto failure of the US-Russian plan to achieve a ceasefire in Syria. According to the Swiss newspaper Tages-Anzeiger, the permanent geopolitical confrontation between Russia and the West may lead to an open conflict in another crisis region, which was forgotten in the heat of the Middle East drama and clashes in Donbass: the Balkans. This is about a controversial referendum in the Republika Srpska, which was held on Sunday, despite the ban of the Bosnian Constitutional Court.

During Sunday's referendum, the mini-state's residents decided whether to maintain a national holiday on January 9, despite a ruling of Bosnia's constitutional court. "The judges ruled that the celebration of this date discriminates against non-Serbs of the country, and therefore it is contrary to the Constitution. On January 9, 1992, during the Serbian Orthodox holiday, the Bosnian Serbs announced the creation of their own state within Bosnia. This triggered a war, which claimed a minimum of 100 thousand lives and left millions of people homeless," the newspaper continues.

"During the worst carnage in Europe since the Second World War, the Bosnian Serbs, helped by neighboring Serbia, expelled Muslim Bosniaks and Catholic Croats from the territory they occupied, with the aim of making it part of Serbia. As a result of the Dayton Agreement brokered by the US, the Republika Srpska was declared an autonomous region within Bosnia. For Bosniaks and Croats, whose federation represents the other half of Bosnia, January 9 still symbolizes their expulsion from the territories controlled by the Bosnian Serbs," the Swiss newspaper writes.

"Despite the fact that the referendum on the controversial date was banned by the Bosnian Constitutional Court, Serbs do not want to abandon it. Already since the late 1990s, the vote sparked the most heated exchange between Muslim Bosniaks and Serbs. Serbs expressed readiness to defend their territories if it is necessary and deployed their military forces on high alert mode," the article says. 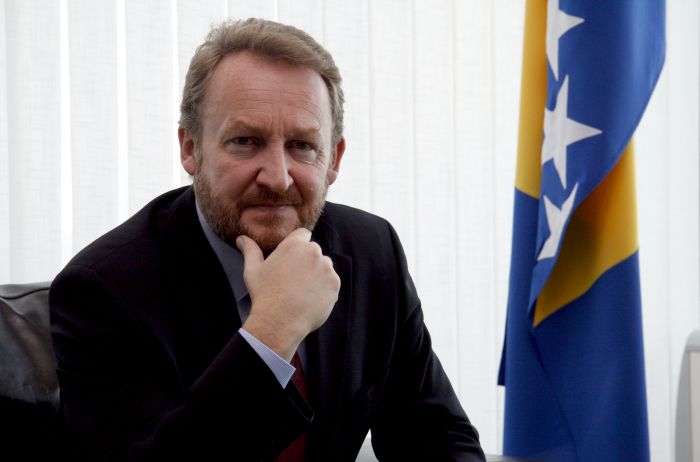 According to Muslim Bosniaks, the referendum is more than an attack against rights and the law. They fear that it will be a test for a referendum on independence in two years, which would not go down peacefully, officials in Sarajevo warned. "Nobody is more ready to defend this country all the way to the end," the Bosnian leader Bakir Izetbegovic said. "Nobody should force people who love this country to prove it again," the newspaper cited Izetbegovic as saying.

Tages-Anzeiger notes that the referendum "vividly reflects the wider tensions between Western nations, which are supporting the Bosniaks and Croats, and Russia, which is backing the Slavic-Orthodox Serbs. The US embassy in Sarajevo threatened unspecified "consequences" if the referendum is not canceled. While the Russian ambassador openly supported the referendum, saying it is an act of democracy.

Experts believe that there is a connection with the Ukrainian conflict. "Russia's economy has been hurt badly by Western sanctions imposed because of Ukraine," Balkans expert Tim Judah said. "If Russia can cause the West problems in return, which it seems determined to do in Bosnia now, then so be it. Never mind if this tips Bosnia back into conflict, never mind that Russia has nothing to offer the Balkans, this is simply a good way to cause problems to the West." 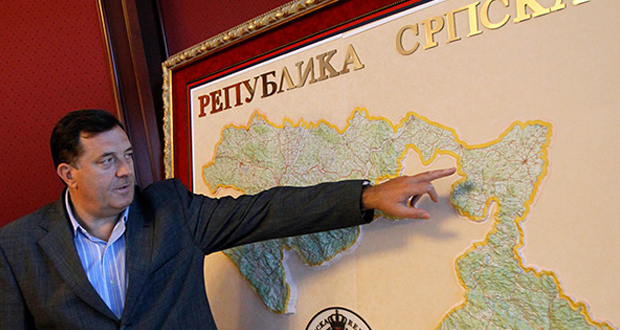 Bosnian Serb leader Milorad Dodik, who initiated the referendum and went to Moscow this week, called the Bosniak reactions "hysteria." "This is not a referendum about secession as many want to portray it," he said. "It is not even a beginning of such a process."

International officials overseeing the Bosnian peace accords were outraged by Dodik's defiance and threats of new clashes. "In the past 20 years we have not heard such language," the High Representative for Bosnia, Austrian diplomat Valentin Inzko, said. The Peace Implementation Council, an international body overseeing Bosnia, said there will be no redrawing of borders and called on everybody "to refrain from reactive measures and divisive rhetoric." The Council also urged the Bosnian Serbs to cancel the vote, but Council member Russia distanced itself from the statement.

Inzko called the referendum "both a test for state institutions as well as an attack on them". Bosnia's criminal law foresees jail terms from six months to five years for those who disobey the constitutional court. The sanctions could also include travel bans, asset freezes and the halting of international projects in the country, Inzko told AP in an interview.

A German researcher, an expert on the Balkans, Thomas Schad, told Vestnik Kavkaza that external actors are playing an extremely negative role in the intra-Bosnian controversy. "In the same way as Russia considers itself a state-patron of the Republika Srpska and Serbia, on the other side a more problematic role is played by the increasing sympathy of the Muslim nationalist circles for Turkey. For Muslim Bosniaks, half of the country's population, this is unacceptable. As well as the Serbian turn to Russia is unacceptable for Muslim Bosniaks. Such self-centered actions of these two powers, reminiscent of the long 20th century, are extremely harmful for Bosnia and cohabitation," Shad said.

According to him, the entire Dayton system needs radical reforms. "Until now, everyone pretended to have a unified Bosnian state, however, originally it was a 'bloodless shell', as the de facto single state has not yet existed," he noted. According to Shad, the rigid ethno-nationalist positions of politicians on both sides can be explained by their failed social and economic policies, due to which their citizens have not received a salary for 13 months, and Sarajevo still doesn't have an uninterrupted water supply, although Bosnia is one of the leaders in Europe's water resources. "In such catastrophic conditions, opportunistic politicians can stay in power only if playing on the fears of people, urging them to vote for the nationalists again," Shad believes.

"I do not believe that the referendum is a serious change. In principle, it is expected and logical. It is drowning the dividing lines even deeper, being a spit in the face of all non-Serbs. The whole story again reveals the pathetic state of the EU and its incompetence. If the EU fully withdrew itself and would work seriously on its project of European integration, but nobody does anything now about it, then, perhaps, the situation would be different," Thomas Schad concluded.