Is Israel preparing a substantial attack on Iran? 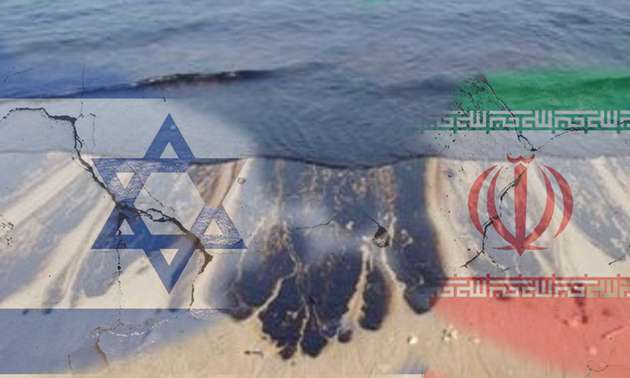 Israel suspects Iran intentionally dispatched a ship to dump hundreds of tons of crude oil onto its beaches, the area's worst ecological disaster in decades, in revenge for the November assassination of the country's top nuclear scientist, according to Israeli officials and media, Business Insider writes.

But Israeli officials tell Insider the statement from the environmental minister directly blaming Iran released Wednesday was premature as the military and intelligence services have yet to make a final determination on both Iranian culpability and the appropriate level of response to what would be the most brazen act of environmental terrorism in recent history.

"That statement should have never been made," a former Israeli intelligence official, who still consults for the government and therefore cannot be named, told Insider. "The IDF and Mossad are responsible for investigating attacks on the Israeli homeland, determining the responsibility and suggesting a course of action to respond. That process is underway and it is not the portfolio of the environmental minister to start wars with Iran."

For the past two weeks, tons of crude oil have washed ashore on Israel and Lebanon's beaches destroying wildlife and causing ecological damage that could take years to restore, according to environmental experts. But after the minister directly accused Iran of a complex operation to drop the oil offshore, the issue took on a new dimension as fears in Washington and Europe rose over the possibility of an Israeli response.

When pressed on whether Israeli military and intelligence services suspect an Iranian operation as described by the minister — who said a Libya-flagged ship sailed from Iran to Israel and dumped the oil offshore before stopping in Syria and returning to Iran — the former official conceded that was the case. "Well yes, it does look that way but there's a process for gathering all the intelligence and evidence and synthesizing into useful information that can help decision-making," said the official. "It's being treated as a direct attack on Israel by a foreign enemy, the most potentially serious since 2006 [attack by Hezbollah to kidnap two Israeli soldiers]. The [prime minister's office] was already undergoing determination about the attack by Iran on [the ship]. Strike options were already being considered on that alone."

There is a concern that Israel is working on a substantial response, 'which would be a problem for those of us who want a nuclear deal'

On February 26, two blasts struck an Israeli owned cargo ship operating in the Gulf of Oman. Officials immediately blamed Iranian forces, who have been long accused of ongoing, sporadic attacks on shipping in the area. That attack, the first time Iran has directly targeted Israeli-linked shipping in the region, had already sparked a heated debate in Israel about the need to respond against Iranian targets.

With that attack firmly blamed on Iran, there is growing concern that Israeli intelligence will make the same determination as the environmental ministry — that the oil spill is an Iranian operation. Israel could use the double provocations as a reason to strike Iran just as Europe and the United States hope to re-start nuclear talks with Iran in exchange for a reopening of economic trade and more peaceful relations.