Is the OSCE still relevant in Nagorno Karabakh? 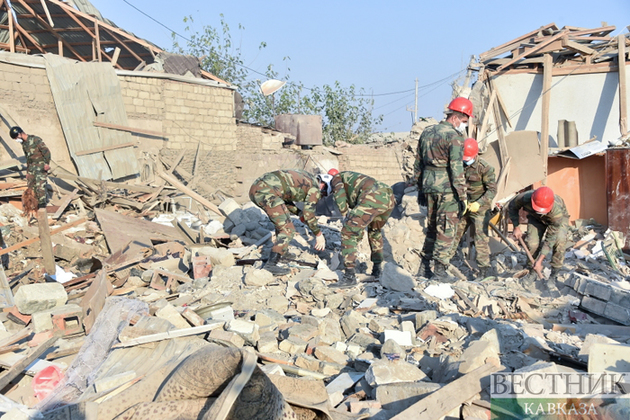 The heads of the OSCE Minsk Group co-chairing countries delegations welcomed the cessation of hostilities in Karabakh reached in accordance with the trilateral statement of the presidents of Russia, Azerbaijan and the Prime Minister of Armenia on November 10, calling on the parties to continue to fulfill their commitments in Karabakh and adjacent regions. They also stressed the importance of measures adopted by the Russian Federation in agreement with Azerbaijan and Armenia to guarantee the non-resumption of hostilities.

Over the years of its existence, the Minsk Group failed to take effective steps to resolve the conflict, limiting itself to statements that the conflict should be resolved peacefully and there is no military solution. However, this week, in a video message to the participants of the OSCE Council of Foreign Ministers, Russian Foreign Minister Sergei Lavrov said that the organization's potential in resolving conflicts remains in demand: “The OSCE agreements reached on resolving crisis situations should receive more support from of the participating states, which will contribute to their implementation. We expect this with regard to the settlement in Nagorno-Karabakh that we will continue to promote in every possible way. We appreciate the cooperation between the three co-chairs of the OSCE Minsk Group. "

Thus, if the Karabakh problem was resolved without the participation of the Minsk Group, then this institution is no more than a formal structure.  As Riddle writes in the article Is the OSCE still relevant in Nagorno Karabakh?, in a recent press briefing, President Putin not did explicitly express any such eulogies. Instead, he commented on his respect for French and US efforts in facilitating mediation in Nagorno-Karabakh, though he neglected to clarify the role of the OSCE Minsk Group going forward. Russia’s ambiguity towards the OSCE’s future role therefore retains the Minsk Group as an option rather than a preference. To retain the relative significance the OSCE participating States and particularly OSCE Minsk Group participants need to make a concerted and sustained effort to uphold the added value of the Minsk Group format for both Armenia and Azerbaijan.

The notion of the OSCE using its own armed peacekeeping as a conflict management tool was largely discussed and planned for one conflict: Nagorno-Karabakh. Yet for more than 25 years, even as mediation proved unsuccessful, deployments were never given a go-ahead. Now with Russian peacekeepers being deployed at a pivotal moment in the conflict, the OSCE can only watch on.

In fairness, it was painfully difficult to gain consensus for peacekeeping. Since international actors became involved in the mediation of the Nagorno-Karabakh conflict in the early 1990s, armed peacekeeping as a post-conflict measure has been a point of contention. A CSCE peacekeeping mandate first arose at the 1992 CSCE Summit in Helsinki and was further specified as a multinational peacekeeping operation for the Nagorno-Karabakh conflict at the 1994 CSCE Budapest Summit. If deployed, this peacekeeping mission would have marked the first-time international armed peacekeepers were allowed into the post-Soviet space.

Analysts now argue that though Russian peacekeepers are deployed, there is still a long road ahead in finding a lasting political settlement. By deploying peacekeepers, though, Russia has ostensibly removed a significant roadblock inhibiting international discussions of post-conflict measures for sustaining any political agreement.  In Nagorno-Karabakh, it will be important for Russian peacekeepers to maintain peace and successfully facilitate a humanitarian response. Initial responses from the French Foreign Minister and US Ambassador to the OSCE to the November Russian brokered ceasefire agreement in Nagorno-Karabakh acknowledged Russia’s new role in enforcing peace, while also calling on the OSCE Minsk Group to continue its work as a forum for political negotiations. Whether OSCE manages to save its face is still unknown.