Is the US pushing Russia out of Africa? 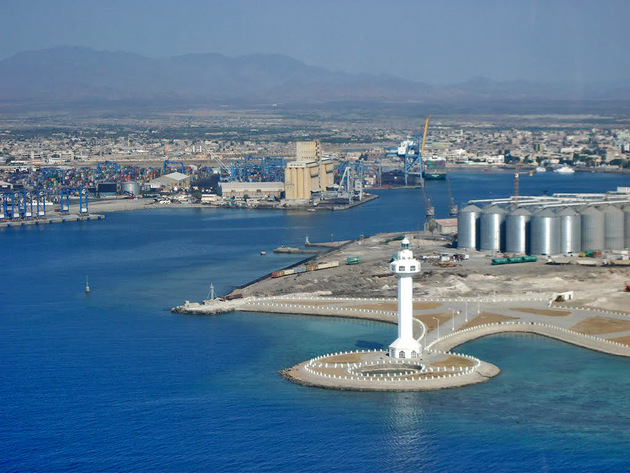 Sudan wants to renegotiate an agreement with Russia to establish a naval base. Kamran Hasanov, a political observer for Vestnik Kavkaza, examined how dangerous this is for Russian interests and who is actually squeezing Moscow out of Africa.

So, about a month ago, the American and Saudi media wrote that the Sudanese authorities wanted to abandon the construction of a Russian naval base. Then a number of journalists and experts decided that this was a clear provocation, they say, Russia's enemies are spreading outright fakes in order to set the Sudanese against Russia and squeeze it out of Africa. There were grounds for such assumptions, because such techniques are often used by the media of unfriendly countries. In addition, the Russian Foreign Ministry also denied those stuffing. But this time the rumors were confirmed. Today, the Chief of the General Staff of the Sudanese Armed Forces, Mohammed Osman al-Hussein, officially said that the agreement on the creation of the Russian base would be revised.

"We are in the process of revising the agreement signed between the former government of Sudan and Russia on a Russian military project on the coast of the Red Sea in Sudan," Interfax quoted him as saying.

The formal basis for Khartoum's decision was that the base agreement was signed under the previous regime and was not ratified by the country's parliament. For reference, we note that in 2019, a coup d'etat took place in Sudan, President Omar Bashir, who ruled for 30 years, was removed from power. It was with him that Moscow agreed on the base. But the current authorities have nothing to do with Bashir and put forward their own conditions. The head of the Sudanese General Staff says that now Sudan "has the opportunity to make amendments and changes" taking into account the interests of the country.

Of course, lawyers can convince us that Sudan has formal grounds to revise the treaty, that there are procedures that will have to be followed. But we know that legal issues in international politics are often ignored or adjusted to fit economic interests. Therefore, it is possible that all these statements are a very serious thing, and at such a pace Sudan can close the Russian base.

Before assessing who might be the conductor of Khartoum's decision, let us briefly tell you why Russia needs a base in Sudan. The fact is that this African country has a very convenient geographical position. It has a wide coastline along the Red Sea, along which merchant ships and tankers ply between Europe, the Persian Gulf and Asia. Having a foothold here, Russia influences the lion's share of the world economy and 10% of the world's oil transit. Adding to this the intensification of Russia in other African countries, such as the Central African Republic, Libya, Egypt and Mozabmik, Western countries began to worry a lot about this. Especially Great Britain and France, which dominated the African continent for almost 100 years, and their Big Brother, who considers the whole world to be a zone of his interests. So, most likely, the Sudanese authorities are pushing the NATO states to curtail the Russian base.

The author of the Rybar Telegram channel, which has been following Sudan for a long time, is not at all surprised by the news of the revision of the agreement.

“Unfortunately, this news did not come as a big surprise to those who followed the process. Back in January, during a visit to Sudan by a representative of the African Command of the US Armed Forces, the Americans pointed out the question of the future of the Russian base. Khartoum is forced to listen to the opinion of the White House because of the good prospects for bilateral cooperation. After all, it was Washington that removed Sudan from the list of sponsoring countries of terrorism and opened the way for foreign investment, and helped settle the debt to the World Bank. Also, the Americans are proposing the expansion of military-technical cooperation and major economic projects. Therefore, the United States is really able to influence Sudan and force it abandon the construction of a Russian base, "he commented to Vestnik Kavkaza.

Rybar is sure that the problem is not only in the Americans - they act correctly out of their own interests - but also in the slowness of Russia. After all, the first talks about the base began back in 2017, and only three years later Russia signed an agreement. During this time, a coup d'etat took place in Sudan, and the new authorities, to put it mildly, do not entirely respect the seals stamped by the previous regime. And secondly, unlike the United States, Turkey and even the small Czech Republic, Russia did not try to invest and anchor Sudan economically, Rybar says.

In the current situation, Russia "practically has no leverage" on Sudan, and against the background of great competition and "those who want to be friends with Khartoum, Moscow no longer looks like such a strong and significant partner," the expert added.

To all of the above, you can only add what the Middle East Eye wrote about in April. When the frigate "Admiral Grigorievich" entered Port Sudan in February, becoming the first Russian warship to visit there, the American missile destroyer USS Winston S Churchill and the transport ship USNS Carson City arrived there almost simultaneously. So the United States has long been trying to squeeze Russia out of a strategically important African country. Time will tell whether Washington will be able to finish what it started.