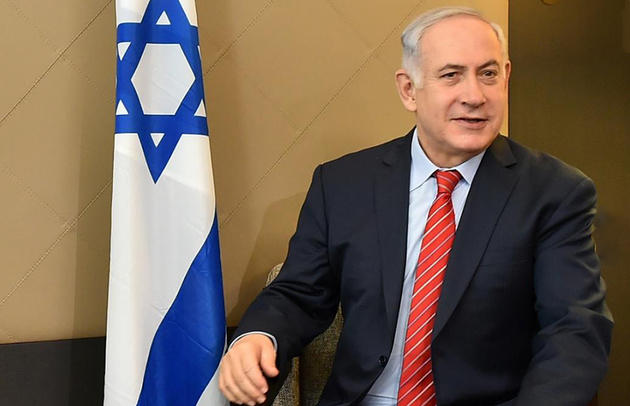 The prime minister’s office said that deepening the Abraham Accords “with emphasis on a breakthrough regarding Saudi Arabia” was on the agenda during Netanyahu’s meeting on Thursday with US National Security Advisor Jake Sullivan. Secretary of State Antony Blinken is also likely to address the regional normalization agreements during his expected visit to Israel later this month.

The Biden administration has sought to build on the historic normalization deals struck under former President Donald Trump, which established formal diplomatic ties between Israel and the United Arab Emirates, Morocco, Bahrain and Sudan.

Saudi Arabia refrained from criticizing the agreements, and it's widely believed the tiny Gulf state of Bahrain would not have joined without the kingdom’s approval. The Sunni Arab heavyweight, however, has downplayed reports that it could be next. “This is once both a realistic possibility which serves the interests of all sides and at the same time, a very tough Gordian knot to cut,” said Dan Shapiro, a distinguished fellow at the Atlantic Council and a former US ambassador to Israel.

Sullivan’s visit to Israel comes shortly after the election of the most right-wing government in its history, whose members have advocated for a major expansion of Jewish settlements in the West Bank and changing the status quo at Jerusalem’s holy sites. Normalization between Saudi Arabia and Israel would be a diplomatic breakthrough, although the two countries, which share a common enemy in Iran, have a clandestine security relationship dating back to the 1960s.

In recent years, Saudi Arabia has taken incremental steps to build on that behind-the-scenes relationship with Israel, including by opening its airspace to Israeli commercial flights in July. When he visited the Saudi coastal city of Jeddah this summer, President Joe Biden became the first American president to travel there directly from Israel. The relationship has inched forward in other ways.

In October, the chairman of one of Israel’s largest banks participated in a business forum in Riyadh. That same month, an Israeli athlete competed in Saudi Arabia for the first time. Last May, dozens of Israeli entrepreneurs and businesspeople flew to Saudi Arabia for talks with local investment groups.

Netanyahu made the pitch for normalization on the Saudi-owned Al-Arabiya news channel in December, describing his vision for a “truly remarkable historic peace with Saudi Arabia.” Despite Netanyahu’s push, experts say normalized relations are unlikely while Saudi Arabia’s King Salman remains on the throne. The aging monarch, though today less influential in decision making, can still veto normalization. He has long championed the 2002 Arab Peace Initiative, which calls for recognition to be offered only in exchange for Palestinian statehood and Israel’s full withdrawal from the Palestinian territories occupied since 1967.

Saudi Foreign Minister Prince Faisal bin Farhan reiterated that stance this week, telling Bloomberg that a deal to establish a Palestinian state would be a precondition were Saudi Arabia to normalize ties with Israel. The Gulf country’s de facto ruler and heir to the throne, Crown Prince Mohammed bin Salman, has referred to Israel as a "potential ally, with many interests that we can pursue together." But MBS, as he is known, is also conscious of his country’s leadership status in the Islamic world and pro-Palestinian sentiment at home. Yasmine Farouk, a nonresident scholar in the Middle East Program at the Carnegie Endowment for International Peace, said that Prince Mohammed knows that other Arab and Islamic countries will follow if Saudi Arabia normalizes, “which makes [Saudi Arabia] want a return that would be as beneficial to them and compensate for the potential backlash.”

MBS could accept a step short of Palestinian statehood, she said, especially if combined with some kind of formalized security cooperation with the United States.

"But MBS is a very pragmatic thinker," Farouk added. "He can see how much the Israelis and the Americans want this to happen, so he can afford waiting." Farouk said normalization with Israel could soften criticism of Saudi Arabia in Washington and other Western capitals, where its standing remains tarnished over the killing of Washington Post journalist Jamal Khashoggi, its bombing campaign in Yemen and myriad human rights issues. Relations with the United States further soured in October after the Saudi-led OPEC+ alliance slashed oil production, despite US concerns that the supply cut would push up prices at the pump.

Bruce Riedel, a Brookings Institution expert on Saudi Arabia and former CIA analyst, says Saudi-Israeli normalization is unlikely to happen while Biden is still in office. “If they were going to do this, it would have come in the Trump era,” Reidel said, adding that the Saudis are “not particularly interested in helping the Biden administration, certainly not MBS … This is a big chit for them to give to the United States.”

Netanyahu: normalisation with Riyadh is key to peace between Israel and Palestine