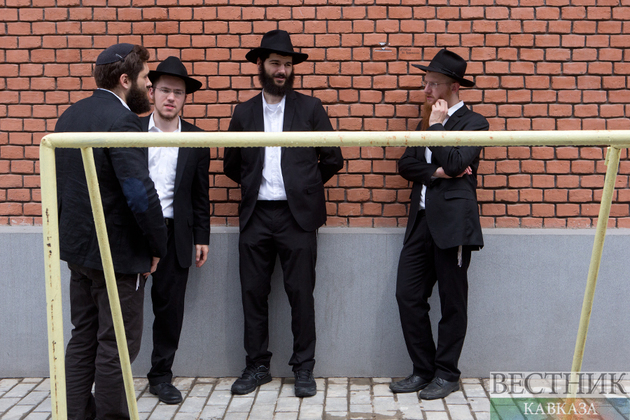 Yesterday, Israel signed a free trade agreement with UAE , as ties with the number of Gulf states increase. Now, a group of Israel-American businesspeople is set to visit Saudi Arabia as part of a deepening normalisation with Gulf states. Israeli broadcaster Kan said a private flight taking off from Ben Gurion Airport was heading for the Saudi capital Riyadh, carrying a number of wealthy businessmen, Middle East Eye writes.

Several reports of direct and indirect Saudi-Israeli talks on security and aviation cooperation have been reported in recent days. On Monday, Israeli Foreign Minister Yair Lapid said his country is coordinating with the United States and Gulf nations on a process to normalise relations with Saudi Arabia. "We believe that it is possible to have a normalisation process with Saudi Arabia. It's in our interest," Lapid told Army Radio.  On Sunday, Haaretz said that Riyadh had directly approached Israel for talks regarding the redeployment of international observer forces on two Red Sea islands five years ago.

A number of senior Israeli officials, including Defence Minister Benny Gantz, have visited the kingdom covertly over the past decade, Israel Hayom also reported on Sunday.  Israel established ties in 2020 with several Arab states, including the UAE, Bahrain and Morocco, in US brokered deals that broke with decades of Arab policy that had called for a Palestinian state before ties with Israel could be established. Saudi officials have repeatedly said the kingdom remained committed to the Arab Peace Initiative, which conditions recognising Israel on the establishment of an independent Palestinian state within the 1967 borders.

The visit comes as Israel signed a free trade agreement with the neighbouring United Arab Emirates on Tuesday. Israel's ambassador to the UAE, Amir Hayek, tweeted "mabruk" - congratulations in Arabic - with a photo of Emirati and Israeli officials holding documents at a signing ceremony in Dubai. The Emirati envoy to Israel, Mohamed al-Khaja, hailed it as an "unprecedented achievement". "Businesses in both countries will benefit from faster access to markets and lower tariffs as our nations work together to increase trade, create jobs, promote new skills and deepen cooperation," Khaja tweeted.

The pact was signed in Dubai by Israel's Minister of Economy Orna Barbivai and her UAE counterpart, Abdulla bin Touq al-Marri, after months of negotiations. Tariffs will be eliminated on 96 percent of goods, with the UAE predicting that within five years the Comprehensive Economic Partnership Agreement would boost bilateral trade to more than $10bn annually. Emirati Trade Minister Thani al-Zeyoudi said the trade deal wrote "a new chapter in the history of the Middle East." "Our agreement will accelerate growth, create jobs and lead to a new era of peace, stability, and prosperity across the region," he wrote on Twitter.

The agreement has been signed amid ongoing clashes between Israeli and Palestinians in Jerusalem. Media invited to the unveiling of the agreement were told they could no longer attend the formal signing of the trade deal. No reason was given. The last-minute change followed a statement from the UAE's foreign ministry on Monday condemning the storming of al-Aqsa Mosque in Jerusalem by "extremist settlers under the protection of Israeli forces".

The foreign ministry, in the written statement, urged "Israeli authorities to take responsibility for reducing escalation and ending all attacks and practices that lead to the continuation of tensions while underscoring the need to exercise maximum restraint to avoid further instability." Israel's Barbivai played down the criticism, telling Israeli radio on Tuesday she had heard "nothing out of the ordinary" about the al-Aqsa violence so far during her visit to the UAE. Dorian Barak, president of the UAE-Israel Business Council, said the trade agreement defined tax rates, imports and intellectual property, which would encourage more Israeli companies to set up offices in the UAE, particularly in Dubai. The council predicts there will be almost 1,000 Israeli companies working in or through the UAE by the end of the year doing business with South Asia, the Far East and Middle East. "The domestic market doesn't represent the entirety of the opportunity. The opportunity is really setting up in Dubai, as many companies have, in order to target the broader region," Barak told.

Emirati-Israeli trade reached $1.2bn in 2021, according to official Israeli data. Ahead of the signing, Israel's economy ministry had said the accord would remove tariffs on food, agriculture, cosmetics, medical equipment and medicine. "Together we will remove barriers and promote comprehensive trade and new technologies, which will form a solid foundation for our common path, will contribute to the well-being of citizens and make it easier to do business," Israel's Barbivai said on Monday.